We sure do love a good self-made rags-to-riches story here at Celebrity Net Worth and we've got a doozy for you today. Kenny Troutt grew up as the son of a bartender. His family was poor and from a young age, Troutt was determined to overcome his situation. He worked his way through college and founded a long-distance phone company called Excel, in 1988. The company had more than a billion dollars in revenue in its first decade in business. Then, he sold the company for $3.5 billion in 1998. Today, he's the sole owner of WinStar Farms, home to the 2018 Triple Crown of Thoroughbred Racing winner Justify.

Kenny Troutt was born in Mount Vernon, Illinois in 1948. He is the eldest of three siblings. His father was a bartender and the family did not have a lot of money. He worked from a young age to help support his family and have a few dollars in his pocket. After graduating from Mt. Vernon Township High School, he attended Southern Illinois University, where he worked selling insurance to pay his tuition. He graduated in 1971. He was introduced to horse racing by his uncle as a kid and immediately fell in love with it. While in college, he went to the races at Churchill Downs and was actually in the audience when the legendary Secretariat won the Kentucky Derby. After graduating from college, Troutt decided to follow his passions and founded his first horse farm in the early 1980s, called Landview, in eastern Nebraska. However, it would be more than a decade before he became a billionaire and could really get serious about horses and owning thoroughbred racehorses. 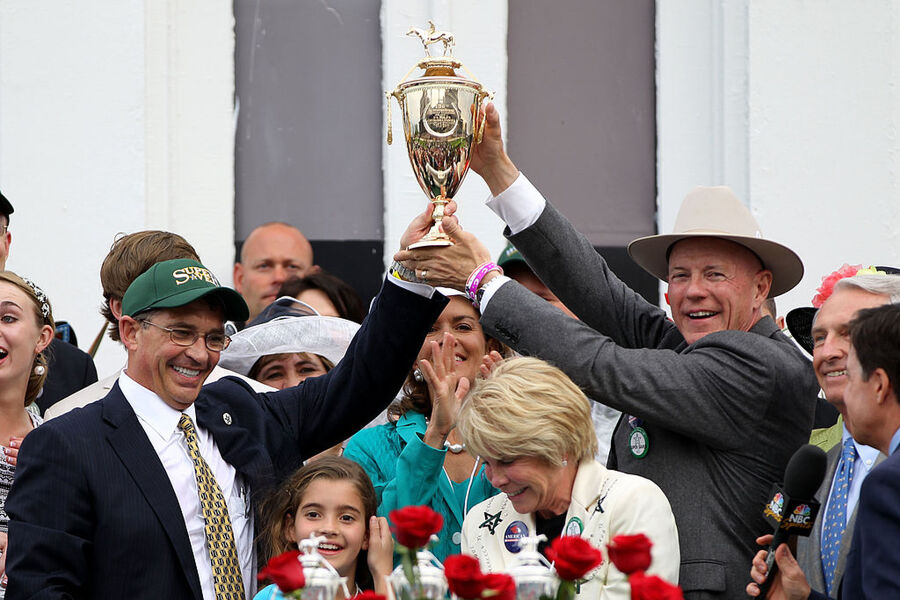 Troutt had a background in network marketing when he and his partner Steve Smith founded Excel Communications, a long-distance telephone service, in 1988. For younger readers, we used to have to pay a premium to dial long-distance calls, so people typically chose a long-distance carrier to bring those costs down. Excel Communications was one of the fastest-growing companies not just in its industry, but in the entire U.S. He took the company public in 1996. It was the youngest company at the time to join the New York Stock Exchange, having been founded just eight years before. In 1998, a decade after its founding (and not long before the entire long-distance company industry would collapse), the company had more than a billion in revenue. Troutt sold the business that same year for $3.5 billion to Teleglobe. He officially became a billionaire that year. He achieved one of his childhood dreams – he escaped his circumstances and was no longer poor.

In 2000, Troutt was presented with the opportunity to buy a 400-acre horse farm in Kentucky called Prestonwood. He seized the opportunity to make another one of his childhood dreams come true. He renamed the horse facility WinStar Farm and set out to make it one of the best horse breeding and racing farms around. Today, WinStar is a more than 2,700-acre farm that has had tremendous success with its horses. Justify won the 2018 Triple Crown, becoming the first Triple Crown winner for Troutt and just the 13th horse to accomplish this feat since 1919. Additionally, Troutt and WinStar have a tie to another Triple Crown winner, as WinStar owns Pioneer of the Nile, the sire of the 2015 winner (12th winner) of the Triple Crown, American Pharaoh. Other successful WinStar horses include Super Saver, the 2010 Belmont Stakes winner, and Creator, the 2017 Belmont Stakes winner.

On a personal front, Troutt is a devout Christian who lives in Dallas with his wife Lisa. They have three children. He is a major donor to the Republican party and has supported Rick Perry, Rick Santorum, and Mitch McConnell over the years.