Without a doubt, North Korea's Kim Jong-Un is the world's most mysterious leader. He's also one of the most dangerous with a disastrous human rights record that has led to some pretty harsh international sanctions against his country. Yet, when he arrived at a parade recently, he stepped out of a brand new top of the line Mercedes Benz limousine. Who sold him that limo? Who sold him his brand new yacht? Who sold him his ski equipment? All of that comes from outside of North Korea and, as just mentioned, pretty much the whole world has imposed sanctions on Kim Jong-Un's country.

In fact, North Korea purchased $645.8 million worth of luxury goods in 2012. North Korea spends more on luxury goods than on lawful imports. This is odd because in March 2016, Jong-Un warned his citizens to prepare for famine. So where's the money for all those luxury goods coming from? It is believed that the luxury purchases are made using Kim Jong-Un's personal piggy bank that comes from the capital city of Pyongyang's illegal and illicit dealings around the world. North Korea is believed to be bringing in hundreds of millions of dollars a year from selling weapons, trafficking drugs, hacking banks, counterfeiting cash, and trafficking endangered species, among other crimes. 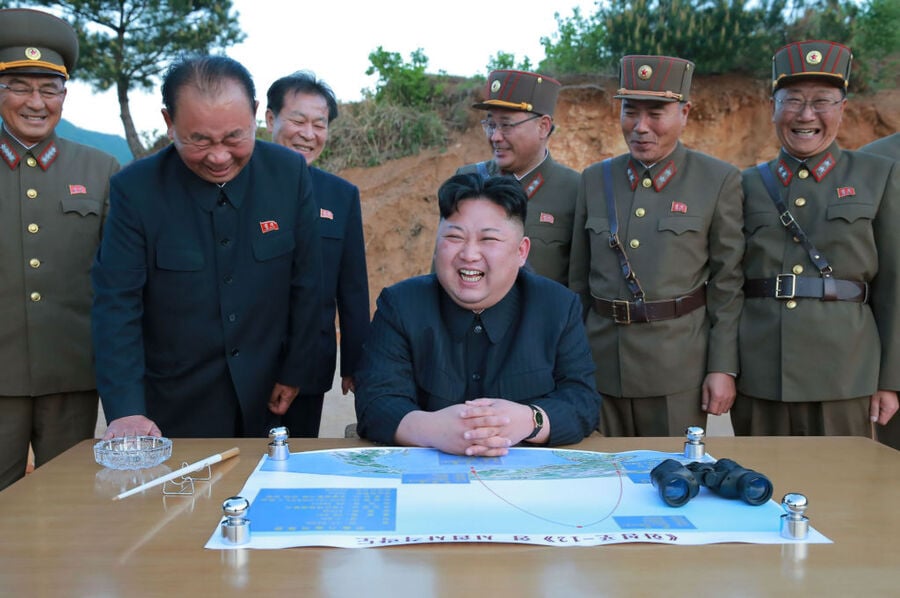 The same source of money also pays for North Korea's nuclear and missile programs—both of which worry other countries greatly. After all, Kim Jong-Un isn't known to be a fair and measured leader. Just recently he threatened to nuke Los Angeles if he felt his reign was threatened. What constitutes him feeling threatened? It's scary stuff!

Now, more than a dozen defectors from North Korea have shed light on a shadowy operation called Office 39. This is where Kim Jong-Un and his family have stashed their $5 billion fortune. The office was set up in the late 1970s by Kim Jong-Il to generate and maintain a large foreign currency slush fund just for the Supreme Leader of North Korea. The U.S. has long maintained that Office 39 is a money laundering operation that generates its revenue from the sale of illegal arms, drugs, and counterfeit currency.

A 2007 report by the United Nations estimated that Office 39 generates $500 million to $1 billion a year from its various criminal enterprises. A 2010 report by the US Treasury Department estimated that Office 39 generates several billion illicit dollars every year. In March 2013, a joint South Korean and American investigation found as much as $5 billion worth of assets and bank accounts controlled by Kim Jong-Un and his family. These assets were found in more than 200 foreign bank accounts located throughout the world in countries including Austria, Lichtenstein, Russia, Singapore, China, Switzerland and Luxembourg. Many of these accounts are located in China and reportedly contain hundreds of millions of dollars in cold hard cash.

It is pretty impossible to track the illicit funds with any accuracy. That is made harder by the fact that North Korea will sell just about anything to anyone. Need a pet Bengal tiger? Kim Jong-Un's your man. The $500 million to $1 billion in profits every year is what funds Jong-Un's long range nuclear weapon program as well as the luxury lifestyles of the country's elite. This small group is rolling in wealth while most of the country is crippled by the sanctions against North Korea and preparing for widespread famine.

And basically, in the end, by using this method, Kim Jong-Un can guarantee his power and thwart challenges to his authority.

So there you have it. Now you understand why many people consider North Korea to be nothing more than a mafia-like criminal organization. A criminal organization that generates billions of dollars per year for fewer than a dozen people. A criminal organization that generates its money off the blood of roughly 25 million people, who are so starved for nutrition, that the average North Korean citizen is now three inches shorter than the average South Korean citizen. Meanwhile, Kim Jong-Un is so fat from eating cheese and chocolate that his ankles are literally giving out under his own bloated weight.