By Joseph Gibson on June 20, 2015 in Articles › Billionaire News

In yet another example of billionaires having different priorities than the rest of us, a billionaire whose identity is for now a secret is building a home in New York City that he (or she, I guess) actually wants to be the most expensive home in the city – which isn't exactly known for its affordable cost of living. This billionaire is from Qatar, so for the sake of easy reading and because it sounds cool, I'll refer to him as "Q" from now on.

Q has set his sights on two penthouse apartments at 220 Central Park South, a luxury apartment building designed by architect Robert A. M. Stern now being built and overlooking Central Park. No one knows for sure what his plans are with these apartments, but the consensus opinion seems to be that he wants to knock out the walls separating them and combine them into one luxury super-penthouse. And if the pricing estimates on the project are correct – such a penthouse is expected to cost around $250 million – Q will be the resident of the most expensive home in all of New York City.

Even without Q's ambitious penthouse combination plan, the owners of 220 Central Park South have already sold more than $1 billion worth of apartments at the highly exclusive property, with the remaining units expected to fetch around $2 billion more. And to give you an even more precise idea of the prices involved here, there are five cheaper penthouses on the property that are priced at $50 million, with another one carrying a $100 million price tag. The two most expensive ones, which if Q gets his wish will become THE most expensive one, don't even have a publicly available asking price. That brings to mind the old expression "if you have to ask, it's probably too expensive," which certainly seems to be applicable here. 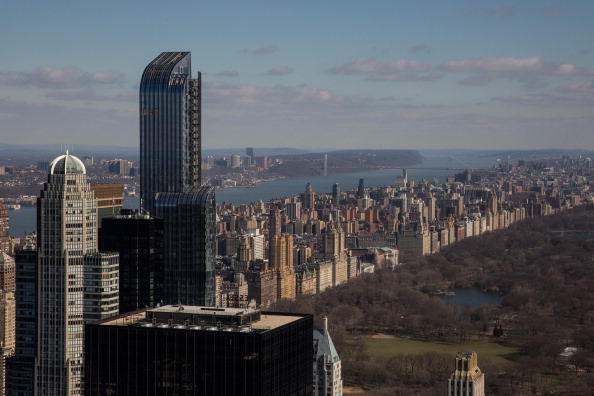 Q's fantasy penthouse isn't the only aspect of 220 Central Park South that has had some hurdles on the road to becoming real. The building itself has had to deal with multiple delays, spanning years, as the proper regulations had a longer-than-usual time being handled by the property's developers.

Right now, though, Q is reportedly in talks with both the developers of the 220 Central Park South property and the architects behind the wall-knocking, two-penthouses-become-one plan to try to find a way to bring it to fruition. If it happens, it will upset the current holder of the "New York's most expensive home" title – another mysterious and anonymous wealthy person – from the penthouse at New York's One57 property. That one is a 10,923 square foot duplex stacked on the building's 89th and 90th floors that went for $100.5 million back in January.

Even if the deal goes through, Q will still have to wait until sometime next year to move into his new digs, since 220 Central Park South isn't set to be completed until 2016. Once that happens, it will be the city's tenth tallest building, but even those few skyscrapers that surpass it in height will have a hard time beating it in property value.