Saudi Prince Paid Billions For His Release, But Is He Really Free?

Recently, it was revealed that Prince Alwaleed bin Talal has finally been freed from captivity. He was arrested in November, alongside a cadre of Saudi royal family members, politicians, and businessmen as part of the Crown Prince's crackdown on corruption. Prince Alwaleed paid a fine and was released last week. Now we've learned how much he paid and the terms of his release and captivity and it is not pretty, folks.

Alwaleed is reportedly under house arrest after paying a fine of as much as $6 billion in order to gain his "freedom" from the prison of the Ritz Carlton in Riyadh. He is also banned from leaving the country. 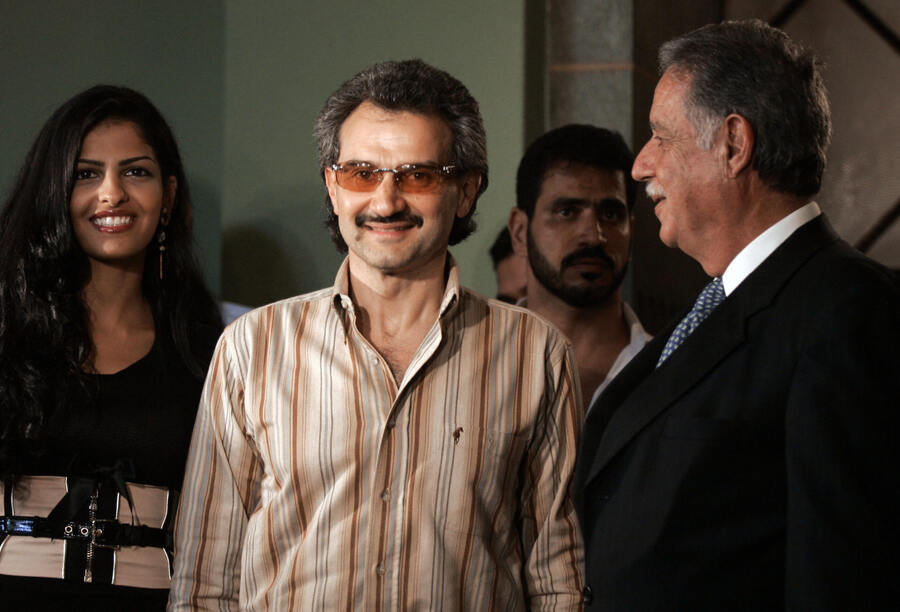 But is Prince Alwaleed really free? Was he really being held in a suite at the Ritz Carlton? It appears not. It was originally assumed his release would return him to the helm of his Kingdom Holding Company. Now, sources close to the situation reveal that he is expected to have little control over his empire and that his release was merely a PR stunt designed to offset the embarrassment caused by a BBC documentary.

Over the weekend, Reuters aired an interview with Prince Alwaleed in a hotel suite at the makeshift prison at the Ritz Carlton. It was a ruse by the Saudi government to show that he was being treated well. In fact, it was actually filmed AFTER he had been released.

Basically, Crown Prince Mohammed was very embarrassed by the BBC documentary and he and his advisors scrambled to counteract the message. The BBC's Newsnight program has been very critical of the Crown Prince's anti-corruption proceedings.

The BBC alleged that Prince Alwaleed and the other detainees had been tortured during their two month stay at the Ritz Carlton. It was also revealed that the plan was always to seize all of Prince Alwaleed's $20 billion fortune.

The BBC report ran in the UK on Thursday. It revealed that Alwaleed and others may not have been kept in the Ritz Carlton, but rather in a conventional prison. A Canadian businessman with former ties to Alwaleed was flown to Riyadh to help the Saudi government create a case against Alwaleed. He spoke to him via a video conference and the billionaire Prince appeared to be in a jail cell, not a luxury hotel suite.

This is not the first time it has been alleged that Alwaleed and the other detainees had been moved from the Ritz Carlton to a prison.

The BBC program reported that the Canadian businessman was brought in to read a list of allegations to Alwaleed. The goal was to pressure him into turning over all of his assets to the Saudi regime. That has not happened officially but for all intents and purposes, it seems to be in progress. The Prince has not regained control of Kingdom Holding or his stakes in Twitter, Lyft, and Citigroup, to name just a few of his holdings. When he was arrested in November, the Crown Prince seized more than $2 billion of his assets. The regime is in the process of seizing his foreign assets, including the George V hotel in Paris and The Plaza Hotel in New York City.

Alwaleed is expected to remain chairman of Kingdom Holding Co., but it is thought that the Saudi regime is actually in control of the company and seizing its profits.

Alwaleed was released on Saturday.