By Amy Lamare on December 15, 2016 in Articles › Billionaire News

Can you imagine a world where your rights are severely restricted because of your gender? That, sadly, is the case in a number of countries, perhaps most notably, Saudi Arabia. Women have few rights and can face severe punishments for defying these restrictions. Now, a billionaire, Saudi prince is going to bat for the women of his country on the law that bans women from driving a car. Prince Alwaleed bin Talal wrote a four page opinion piece on his website declaring that it is his belief  it is "high time" Saudi women be allowed to drive.

Prince Alwaleed said that the county's ban is: "fundamentally an infringement on a woman's rights. Preventing a woman from driving a car is today an issue of rights similar to the one that forbade her from receiving an education or having an independent identity." 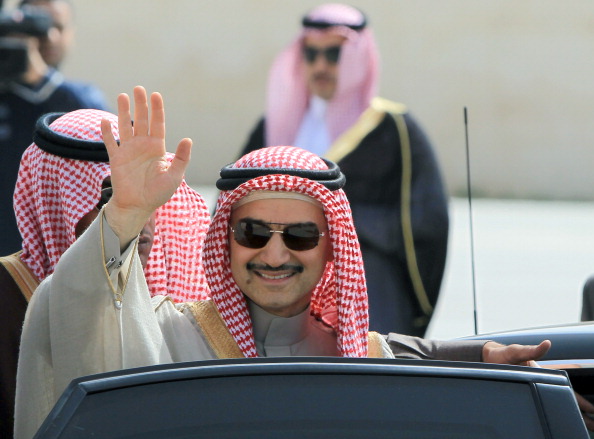 The Prince went on to list a number of social, economic, financial, religious, and political reasons for overturning the ban on women driving.

"Stop the debate. Time for women to drive."

He also linked to the piece he wrote on his website covering this issue.

The Shura Council, which advises Saudi Arabia's cabinet, rejected just the idea of even studying the issue this fall. Changes in the ban are unlikely to happen anytime soon.

Saudi Arabia is the only country in the world where women are forbidden to drive. The country also has a number of other strict requirements for women such as requiring Saudi women to get permission from their husband or male relative to get a passport, travel outside of the country, or get married. Women are required to wear headscarves and long, loose fitting garments when in public.

Despite these restrictions, more and more Saudi women are going to college and joining the workforce. Saudi Arabia gave women the right to vote for the first time in history just within the past year.

The Prince cited labor statistics. More than one million Saudi women are in the workforce and they all need a safe way of getting to and from work. The ban on women driving leads to most women hiring a foreign driver, which hurts the family's income

Prince Alwaleed is the head of the investment firm Kingdom Holding Company. He has a net worth of $20 billion and is well known for his Western point of view on things. He has been called "The Arabian Warren Buffett" who is a member of The Giving Pledge.