Saudi Prince Buys Russian Billionaire's Yacht, Kicks Him Off The Next Day

By Joseph Gibson on October 31, 2016 in Articles › Billionaire News

Right now, Saudi Arabia is in the midst of an economic crisis, being dealt with in part through austerity measures imposed by the country's government. But that government's deputy crown prince, Mohammed bin Salman, evidently still has some fall-back funds in the coffers, since he recently made a big ticket purchase that's understandably making waves in his own country and throughout the world.

According to The New York Times, bin Salman made a surprising impulse buy sometime last year, one that's only now becoming public knowledge. While on vacation in France, he caught a glimpse of Serene, the 440-foot mega yacht owned (at the time) by Russian vodka billionaire Yuri Shefler. In a matter of hours, bin Salman made an offer and the yacht was then his, having paid about $550 million for it. By the following day, Shefler, whatever guests he might have had on board and all his things were gone, and bin Salman was the one true owner of the Serene. 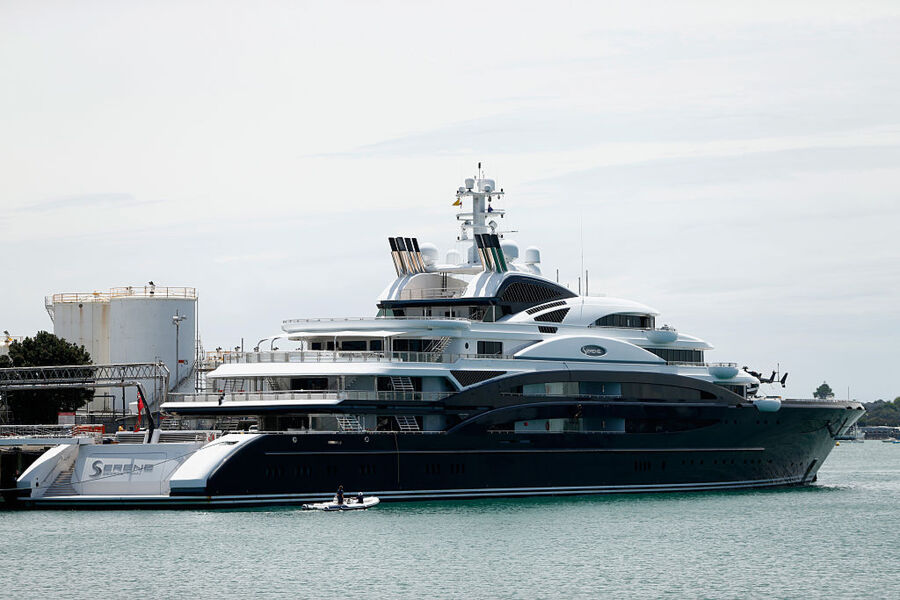 The sale is bound to be a controversial one, particularly within the context of the state of Saudi Arabian politics, in which not only have belts have been tightened throughout the Saudi government, but bin Salman himself has amassed levels of political power that are historically unprecedented for a deputy crown prince. But in his defense, Serene is a pretty irresistible piece of craftsmanship, in addition to ranking among the biggest superyachts in the world. Back in 2014, it was good enough for Bill Gates and his family, who rented it at the rate of $5 million a week, and it has a GSE Trieste VAS 525/60 submarine and a Eurocopter EC-145 on board. So if you, like Prince Mohammed bin Salman, were going to get yourself into potentially hot political water by splurging on a yacht, this would be the one to do it with.