By Joseph Gibson on June 22, 2015 in Articles › Billionaire News

Here's a story that really hits home with everyone in the Celebrity Net Worth organization: Saudi Prince Alwaleed bin Talal's net worth was incorrectly reported by Forbes magazine back in 2013 (according to the prince), and he has now reportedly come to "mutual agreeable terms" with the magazine, avoiding a libel trial and including publication of a correction on the magazine's website, stating bin Talal's desired figure.

The dispute came when Forbes listed bin Talal's net worth as a paltry $20 billion on their big annual list of the world's richest people. Prince Alwaleed insisted his net worth was closer to $30 billion. He backed up his claims by saying that Forbes failed to take into account the full market value of his Kingdom Holding Company. Alwaleed launched a defamation lawsuit and reportedly spent several million dollars on legal fees fighting Forbes. 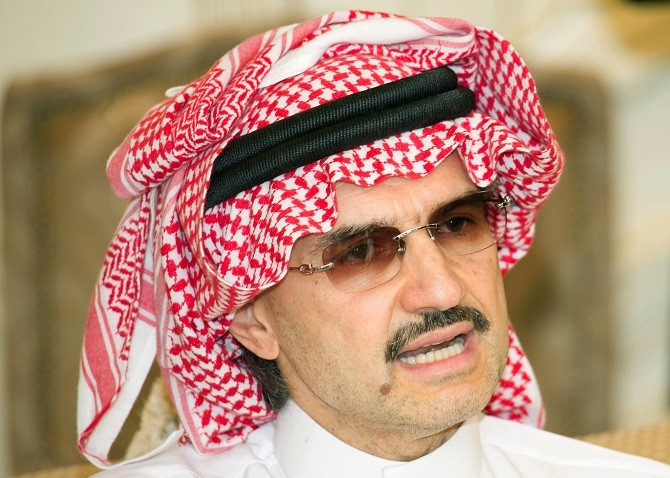 Earlier this week, a change in the company's stock market structure brought bin Talal's and Forbes' distinct figures closer together, which was part of those "mutual agreeable terms" reached by the two parties. The change involved Kingdom Holding's Saudi-listed shares, some of which, only this week, became available for direct purchase by parties who are not citizens of Saudi Arabia. With foreign investment now possible in the company, Forbes was willing to list bin Talal's worth at $22.6 billion, with a caveat that this figure is based on the magazine's own calculation of his company's value as opposed to the market value of the company's shares, since only 5% of the company's stock is available for foreign purchase.

The financial terms of their settlement aren't being made public, so how much bin Talal collected from the magazine, if anything, isn't known. In the lawsuit, the Saudi prince also took issue with Forbes in a more general way, casting aspersions on the magazine's lack of transparency in its reporting of the net worth of financial figures like bin Talal's. Whether or not this settlement addressed any of those concerns is also not public information, and neither Prince Alwaleed bin Talal or anyone on the Forbes editorial or executive staff appears to be disclosing details anytime soon.

Now that everything is kosher between Prince Alwaleed and Forbes, we can safely say (without fear of a lawsuit!) that he's worth about $22.6 billion, which incidentally puts him at #34 on the list of the richest people in the world. And despite its status as a 95% Saudi-owned business, his Kingdom Holding Company has financial tentacles in a lot of very high-profile endeavors here in the western world, including Twitter, Disney, Citigroup, and the Savoy Hotel in London.