Lee Jae-yong, the de facto leader of his family's business Samsung, has revealed that he has no plans to pass down the management of the conglomerate to his kids. This would end the South Korean chaebol practice of the dynastic control of a family company. To be clear, a chaebol is a large industrial conglomerate that is run and controlled by an owner or family in South Korea. A chaebol often consists of many diversified affiliates, controlled by an owner whose power over the group often exceeds legal authority. It appears that Lee's decision is an effort to put recent scandals behind him and Samsung by ending the dynastic pattern.

Lee, you may remember was arrested a few years ago on corruption charges. In August 2017, Lee Jae-yong was found guilty of offering bribes to former South Korean President Park Guen-hye as well as to Park's close friend Choi Soon-sil in exchange for government favors for Samsung. Samsung donated nearly $70 million to two charities controlled by Choi Soon-sil. The company also transferred millions to a German company of Choi's that financed her daughter's equestrian training and her niece's winter sports center. The resulting outrage led to Park's removal as President. Lee was also found guilty of embezzling money from Samsung, hiding assets overseas, concealing profit from criminal activities, and perjury. Lee was freed from prison in February 2018. He was given an alternate 2 ½ year suspended jail sentence. 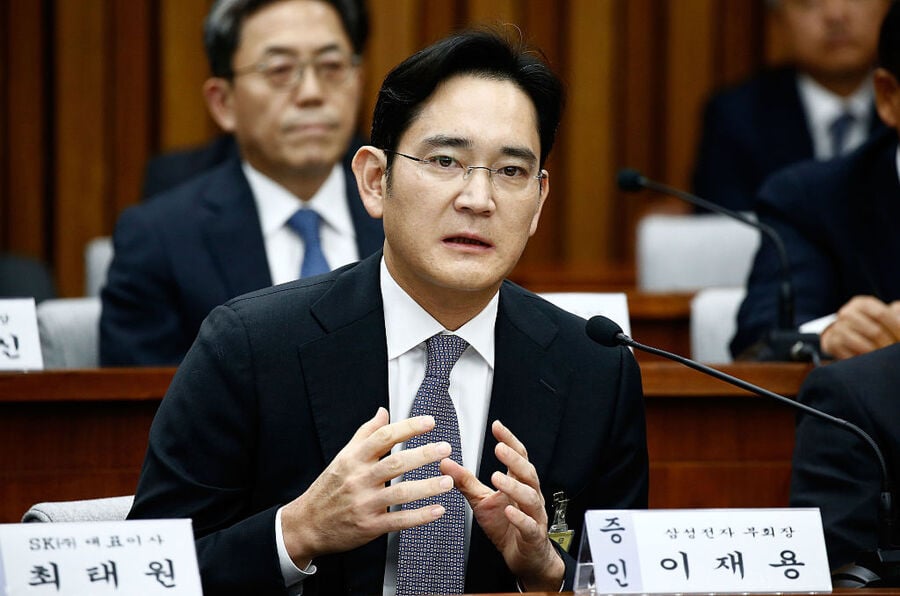 Lee became the acting head of South Korean-based Samsung in 2014, after his father Lee Kun-hee suffered a heart attack. Some South Koreans call the country the "Republic of Samsung," because the company has a vast influence in everything from exports to health care. Almost 60 companies affiliated with Samsung account for a third of South Korea's stock market. The company was founded by Lee's grandfather in 1938.

Lee has apologized for the bribery scandal and the effort to quash unions at Samsung. He also said that he's been thinking about the decision to end dynastic control of the company for some time. He's also made the decision that employees can unionize, bargain collectively, and have peaceful assemblies. This means Samsung will be run by professional managers who are hired for their experience and talent rather than being a member of the Lee family. The 51-year-old has clarified that he will not be passing leadership along to his daughter and son who are still in their teens and early 20s.