By Amy Lamare on September 4, 2017 in Articles › Billionaire News

"The essence of the case is unethical collusion between political power and capital," the court said in a statement. It led the public to fundamentally question the public nature of the president's work and to have "mistrust in the morality of the Samsung group," it said. 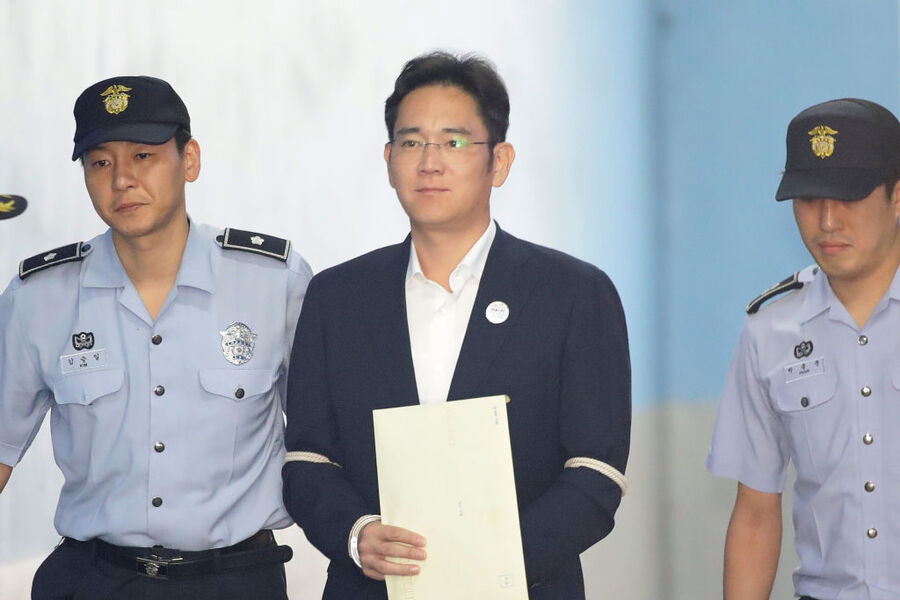 Samsung is set to report its highest-ever earnings this year. Samsung accounts for one fifth of South Korea's exports. Some analysts worry that Lee's absence from the executive offices could take a toll on the economy the country. It is expected that without Lee at the helm, long term business plans and growth may have to be put on hold. It is also possible that Lee's arrest and prison term could cause a feud over the family fortune when the elder Lee dies.

During the trial, Lee continued to maintain his innocence. He claimed to be unaware of the bribes and unethical donations, instead putting the blame on other executives.

This verdict has been closely watched due to the political scandal that resulted in the removal of Park and the arrests of Choi and Lee. Park and Choi are both currently on trial. Other Samsung executives that were charged with Lee were also found guilty.

Lee's verdict can be appealed twice under South Korean law. Samsung will appeal the ruling immediately.