By Amy Lamare on February 12, 2018 in Articles › Billionaire News

Lee Jae-yong, the Samsung heir who was sentenced to a five-year prison term for corruption, has been freed from prison. He was handed an alternate 2 ½ year suspended jail sentence for the scandal that led to the impeachment of the country's president. This development opens the door for him to resume his role at the helm of the company founded by his grandfather in 1938. Lee Jae-yong spent a year in prison.

The Seoul High Court lessened the original ruling against Lee, which was a huge surprise across the country. The court rejected many of the bribery charges brought against the heir by prosecutors who wanted him behind bars for 12 years. 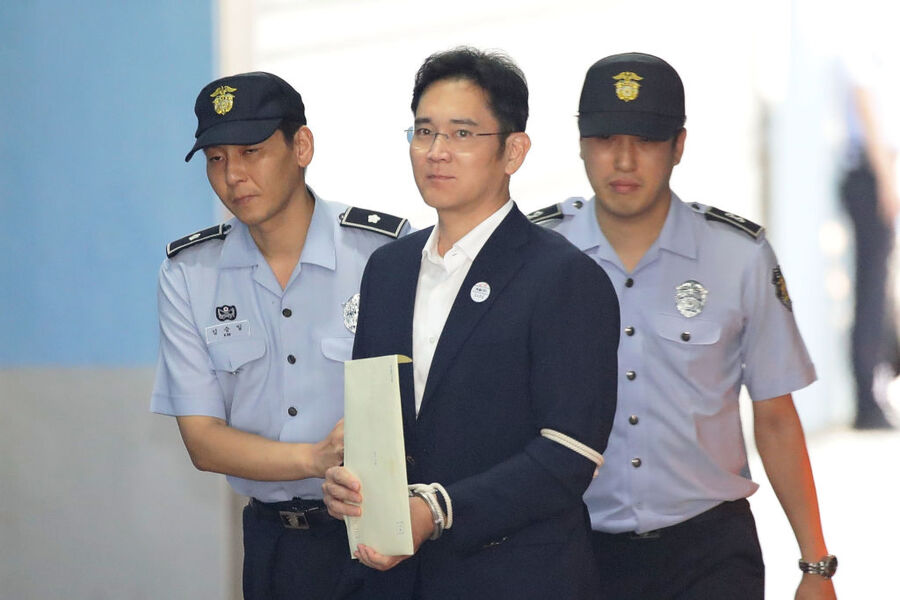 The 49-year-old billionaire was arrested in February 2017. Lee was charged with tendering bribes in the amount of $38 million to former President Park Geun-hye and her friend Choi Soon-sil in exchange for government favors for Samsung. Samsung donated tens of millions to two charities controlled by Choi Soon-sil. The company also transferred millions to a German company of Choi's that financed her daughter's equestrian training and her niece's winter sports center. The resulting outrage led to Park's removal as President. Lee was also found guilty of embezzling money from Samsung, hiding assets oversees, concealing profit from criminal activities, and perjury.

The appeals court found that Lee was simply not able to turn down the former president's request to financially support her friend and as a result, was coerced into making the payments. However, the court still found the Samsung heir guilty of more than $3 million in bribes for Choi's daughter's equestrian training as well as embezzling money from Samsung. Before the final appeals court hearing Lee repaid $7.3 million of the funds embezzled from Samsung to bribe Choi.

Lee still plans to appeal the charges he has been convicted of.  Prosecutors are also expected to appeal the court's surprisingly lenient ruling. The case will most likely end up in South Korea's Supreme Court.

Historically, the South Korean legal system has been very lenient on white collar crime and toward members of the big conglomerates that hastened South Korea's industrialization. Some South Koreans call the country the "Republic of Samsung," because the company has a vast influence in everything from exports to health care. Almost 60 companies affiliated with Samsung account for a third of South Korea's stock market.