By Amy Lamare on November 11, 2021 in Articles › Billionaire News

Samsung's embattled Jay Y. Lee has not had an easy time of it over the last few years. He's been in and out of court and prison due to a bribery scandal that rocked Korea and led to the impeachment of President Park Geun-hye dating back to 2015. Now, the vice-chairman of the biggest company in Korea is facing repercussions again after admitting to receiving treatments with the sedative propofol – an illegal drug in Korea. His confession comes just two months after he was released from prison.

To recap Lee's revolving door relationship with Korean prisons, we have to go back to the bribery scandal involving $36 million in bribes paid to a friend of the impeached president of South Korea. The bribes were paid to ensure the government would back a merger of two Samsung affiliates.

Lee was indicted on those charges in 2017. He was sentenced to five years in prison but after a month he was released and his sentence was suspended. However, the Supreme Court of South Korea overturned the suspension and held a retrial of the whole case. 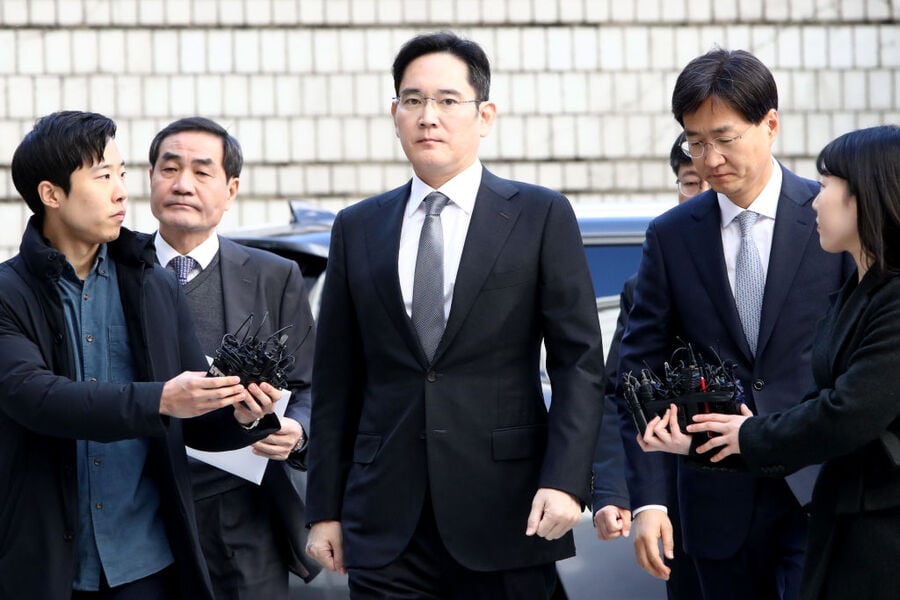 On January 21, 2021, Lee was sentenced to two years and six months in prison. He served part of his sentence at the Seoul Detention Center while he awaited the results of a retrial on the original charges. Prosecutors alleged that Lee paid the bribes in part to make his path to becoming chairman of Samsung easier. Lee has been running Samsung since 2014. His father, Lee Kun-hee was the chairman of Samsung from 1987 to 2014, when a heart attack incapacitated him. He died in 2020.

With a net worth of $11 billion, Lee can well afford every fine levied at him. And Samsung's dominance, not just globally, but in South Korea specifically, guarantee he won't be going broke –no matter how many times he goes back to prison.