Samsung's billionaire vice chairman Jay Y. Lee (Lee Jae-yong) is still battling it out in court during his legal dispute with South Korean prosecutors over allegations of bribery and corruption that date back to 2015. The current case is focused on whether Lee and Samsung used illegal means to help him take control of the company founded by his grandfather. Lee could be sent back to jail. He already spent a year in jail for crimes that helped bring down the president of South Korea. Lee has been the de facto leader of the family conglomerate since his father Lee Kun-hee had a heart attack in 2014. The elder Lee has reportedly been in a coma since then. That's where things get complicated. South Korea has one of the largest inheritance taxes in the world at 50% taxes on estates worth more than $2.5 million. Lee Kun-hee has a net worth of $16 billion. 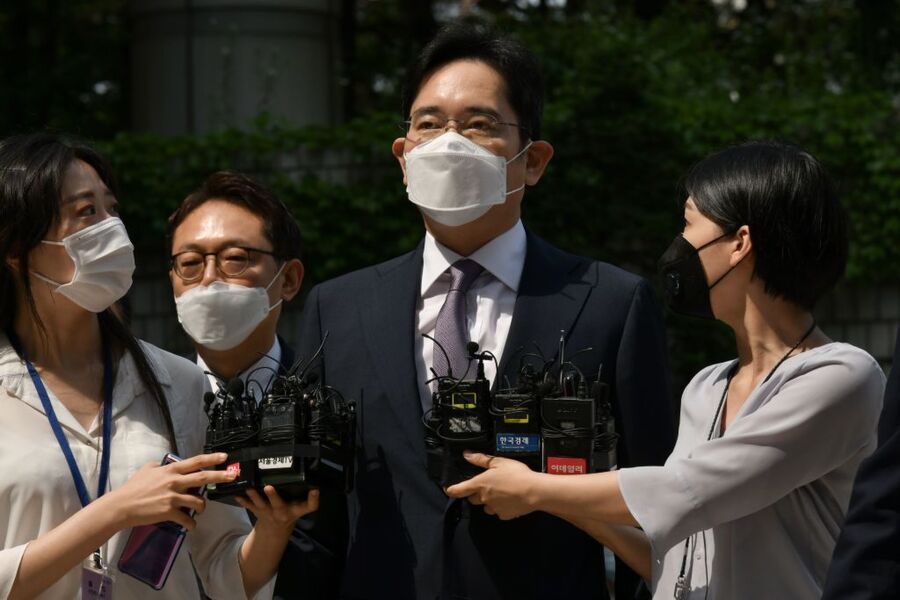 The younger Lee was indicted in early 2017 on charges of bribery and corruption. The case against him alleged that Samsung paid $36 million in bribes to entities run by Choi Soon-sil, a friend of the now-impeached South Korean President Park Geun-hye. The payment was meant to ensure the government's backing of a merger of two Samsung affiliates in 2015. Lee was originally convicted and sentenced to five years in prison but he was released from jail after a month and his sentence was suspended. That wasn't the end of his legal battle. In August 2019, the Supreme Court of South Korea overturned the lower court's suspension of Lee's sentence and ordered a retrial of the entire case.

The new hearing has been delayed because prosecutors believe that one judge in the case is biased and will go lightly on Lee. South Korea's Supreme Court now needs to decide whether to replace that judge or keep him, which could delay sentencing and cause the trial to drag on until next year. Prosecutors also want an arrest warrant to send Lee back to jail during the proceedings. The prosecutors filed that warrant request just days after Lee asked for a public assessment of the validity of his indictment. If granted, Lee would be able to bypass professional prosecutors by appealing to a review committee made up of outside experts.

The other legal issue for Lee is the investigation into the merger between two Samsung Group units in 2015. South Korea's financial regulator found that Samsung Biologics Co. willfully and intentionally violated accounting rules when it inflated its value before its IPO.

Overall, Samsung hasn't been affected by the years-long legal proceedings that have been swirling around Lee. If he goes back to jail, however, it will be more difficult for Samsung executives to make major decisions, such as mergers and acquisitions or whether to act or not on large investments.