By Amy Lamare on October 23, 2018 in Articles › Billionaire News

Russian billionaire Roman Abramovich has some big plans for his new Manhattan home. He is planning to combine three historic townhouses on East 75th Street on the Upper East Side into one 31,500 square foot home, which would be the largest single family home in Manhattan. Abramovich began buying the townhouses on 75th Street between Fifth Avenue and Madison Avenue in 2014. It is thought that the cost of renovating the townhomes could reach $100 million. Abramovich has already paid a combined $90 million for the structures.

Last month Abramovich transferred the deeds to the properties at 9, 11, and 13 East 75th Street to his ex-wife Dasha Zhukova for $74 million. A fourth townhouse at 15 East 75th Street was also transferred to Zhukova for $16.5 million. That townhouse was originally slated to be a part of the renovation for the mega mansion, but is no longer a part of the plan. Abramovich is facing sanctions by the U.S. government due to his close ties to Russian president Vladimir Putin. Zhukova is a naturalized U.S. citizen, so with the properties in her name, the U.S. government cannot seize them. 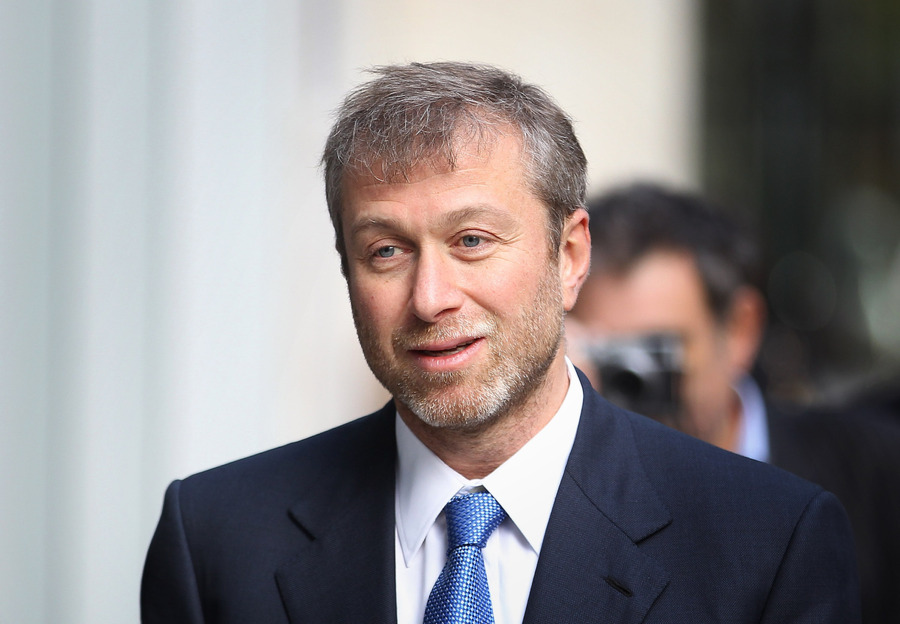 Abramovich has wanted to build a mega mansion in New York City for years. Back in 2014, he tried to buy Berwind Mansion, a 15,000 square foot triplex on Fifth Avenue. The owner would not sell the property to the Russian oligarch. In 2015, he started his buying spree on East 75th Street.

The plans for the six story home include 12 bathrooms, an indoor/outdoor pool, and a two-story atrium that will serve as an art gallery. Abramovich's home will be larger than both Gracie Mansion (home of the New York City mayor) and the governor's mansion in Albany. Both of those properties are 20,000 square feet.

Plans reveal two elevators, a wine cellar, two kitchens, a butler's pantry, and a sauna. The sixth floor will be a roof garden and outdoor dining area. The rear of the home will be a four story glass panel with bronze metalwork holding it together. The glass will be bulletproof. The staircases in the home are 17 feet wide. Even in the most palatial homes, staircases do not usually exceed eight feet in width.

The fourth floor's 4,500 square feet is almost completely devoted to the master bedroom, bathroom, and five walk in closets. There will also be a large study and a flex room. The fifth floor will have four more bedrooms, four bathrooms, two studies and playrooms.

New York City Mayor Bill de Blasio has expressed his distaste for Russians planting roots in his city, saying that Russians like Abramovich "basically stole the wealth of their country with the help of their government" and are now using that wealth to snap up a lot of property.

It is rumored that Abramovich made his $10 billion fortune from rigged privatized auctions. Abramovich has also been credited with helping make Vladimir Putin the Russian President.