Billionaire oligarch Arkady Rotenberg is either telling the truth when he allegedly said he's the owner of a luxurious mansion on Russia's Black Sea, not Vladimir Putin, or he has a death wish because we all know that many people who defy or displease Putin often turn up missing or dead by mysterious circumstances. Is this a coincidence? I'll let you decide that on your own. Nonetheless, a video by Alexei Navalny, a harsh critic of the Kremlin, has gone viral in Russia and has been watched more than 100 million times. In the video, there's a clip of Rotenberg reportedly saying said he is the owner of the Black Sea mansion. Previously it was believed that Vladimir Putin was the owner. Rotenberg has close ties to Putin. The clip used in Navalny's video was part of an interview Rotenberg gave on a pro-Kremlin channel.

Speaking of Navalny, as I was writing this article a news alert hit my phone saying that he had been sentenced to more than two years in prison by a Russian court. 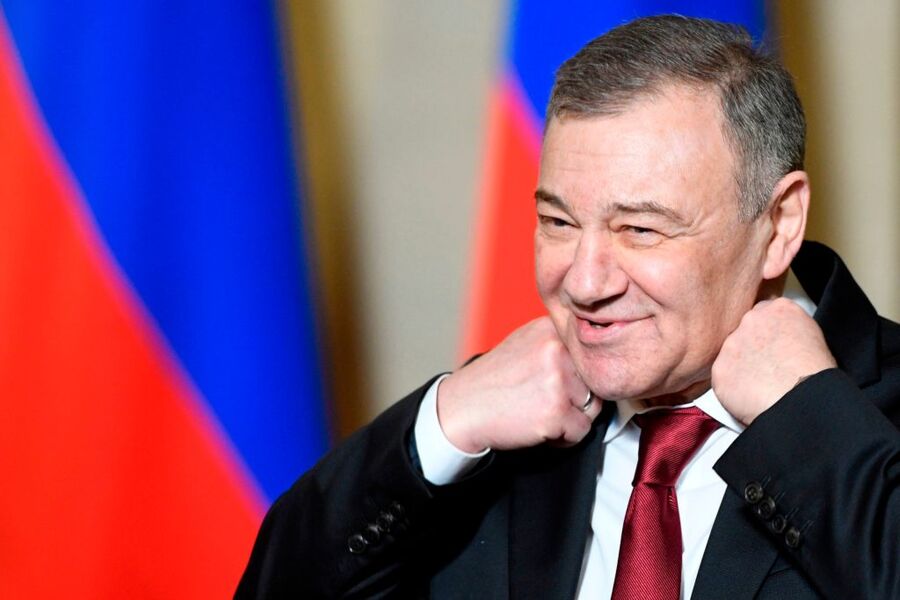 Rotenberg's public relations team issued a quote from him that said: "I have managed to strike a deal with creditors a few years ago, and I became a beneficiary of this site a few years ago." Rotenberg is reportedly undertaking a massive renovation of the property that is expected to take a couple of years and transform the building from a single-family mansion into an apartment hotel. The ownership of the hotel came into question when Alexei Navalny and his team published a documentary expressing criticism for Putin and the Kremlin. Navalny's investigation alleged that the mansion cost $1.37 billion, which was paid for with, according to Navalny, "the largest bribe in history."

The mysterious Black Sea palace was first reported on in 2012 by the BBC. At the time, a former associate of Putin's alleged that the estate was built specifically to his wishes and for his personal use. However, a spokesman for Putin denied that at the time. Putin denied that he or any member of his family owned the property directly earlier this week.

The corruption claims Navalny put forth in his documentary took off on social media in Russia, especially on TikTok. The allegations spurred protests that broke out in several locations across the country last weekend. The protests were in support of Navalny and were the biggest anti-Putin rallies in years. More than 4,000 people were arrested for taking part in the protests demanding the release of Navalny. Alexei Navalny was taken into custody immediately after returning to Russia on a flight from Germany. Navalny had been in Germany for the better part of a year recovering from an attempt on his life with a nerve agent. A number of Navalny's close friends and family have been detained as well, including his brother and Pussy Riot's Maria Alyokhina. Sergei Smirnov, the editor of a Russian human rights website was also arrested outside his home over the weekend.

Arkady Rotenberg is a close friend of Putin's. He is in the construction business that builds infrastructure including bridges and gas pipelines. Arkady and Putin were childhood friends. Arkady used to be Putin's judo sparring partner. He was also the target of 2014 sanctions by the U.S. and Europe after the Treasury Department accused Putin of awarding Rotenberg and his brother billions of contracts for the winter Olympics in Sochi. At the time, U.S. officials described Arkady as a member of the "Russian leadership's inner circle" who provided "support for Putin's pet projects." When those sanctions were levied, Arkady transferred assets to his son Igor. Assets transferred included the family's stakes in road construction company Mostotrest. Via Mostotrest, Rotenberg constructed a toll road from Moscow to Saint Petersburg for which his company was paid $258 million. Arkady Rotenberg has long denied rumors that Putin helped him build up his wealth of $3 billion.

Arkady and his brother Boris were also implicated in a money-laundering scheme involving high-priced works of art by authorities in the U.S. In the summer of 2020, a United States Senate subcommittee on investigations report spearheaded by Senators Rob Portman and Tom Carper alleged that "high-value art" purchases through shell companies traced back to the Rotenbergs acted as a way to circumvent economic sanctions by the US. Arkady had US sanctions imposed on him in 2014, and then, with his brother Boris, went on to buy $18 million worth of art in the months that followed, as well as another $73 million in other transactions, all of which were actually forbidden by these sanctions. By making these transactions through various shell companies and other intermediaries, the report says, these sanctions were able to be ignored by the brothers.