By Amy Lamare on November 28, 2017 in Articles › Billionaire News

There are a lot of ways you can become a billionaire. You can manage a particularly successful hedge fund, you can develop a popular app, you can start and sell a software company, you can be a real estate developer, or you can sell junk food. Selling junk food is just what Russian billionaire Denis Shtengelov did when he started his junk food empire KDV Group LLC in 1997.

Shtengelov aimed to satiate every sweet, savory, and salty snack craving of the Russian population. Oh, and he sells his snacks for less than a dollar. And he is Russia's newest billionaire thanks to his masterful exploitation of the Russian recession and his countrymen and women's obsession with snack food. He basically set out to compete with Frito-Lay and other junk food giants. He succeeded. 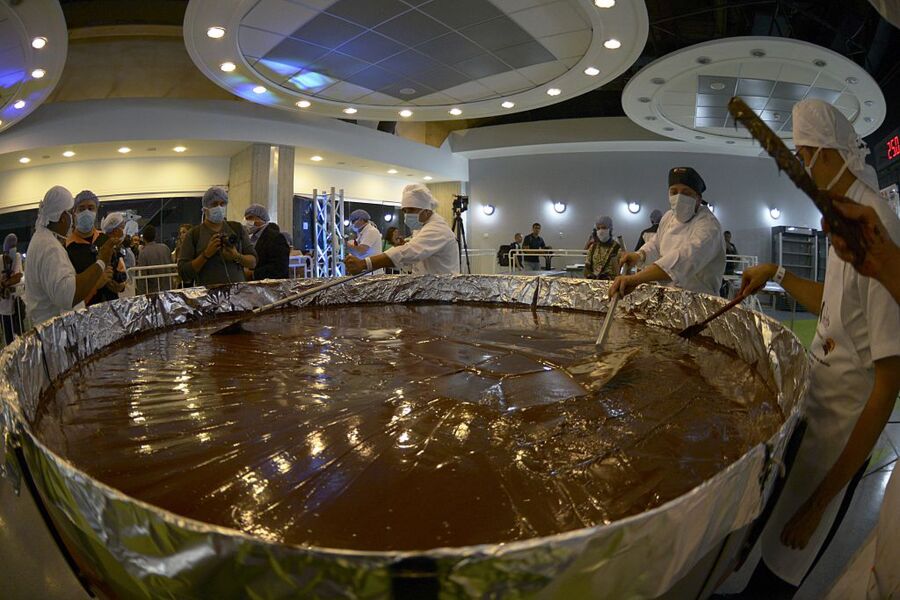 The 45-year-old junk food tycoon graduated from college just after the collapse of the Soviet Union.  Back in his native  Siberia, Shtengelov got a job supplying babushkas to elderly women. He also roasted sunflower seeds to make smechki, a popular Russian snack and sold bags of it on street corners. He also ground the sunflower seeds into oil and bartered it to cash-strapped candy makers who paid him in their product.

The depreciation of the ruble drove up the cost of importing basic ingredients – especially cocoa. Chocolate got very expensive in Russia. Shtengelov realized this and capitalized on it. He went out and basically bought up the supply chain everything from milk farms to chocolate and cookie producing factories. He kept his overall costs low, so that even as inflation was skyrocketing, he could charge nearly 25% less for his snacks than his competitors.

During the Russian recession, Shtengelov expanded and strengthened his business. KDV provided retailers with well priced products that delivered a good sales margin and sold well. It was a win for the retailers, a win for Shtengelov, and a win for budget conscious Russians in search of a junk food fix.

KDV is based in the western Siberian city of Tomsk where Shtengelov was born. The company has 11 processing plants that produce more than 500,000 tons of snacks that are sold across Russia and exported to former Soviet states including Belarus.

Today, Shtengelov's 20 year old snack food company produces 350 different snacks under 20 brand names. Sales of Shtengelov's junk food have more than doubled since 2013 to $1.6 billion in revenue. Since 2013, prices on oil in Russia have collapsed and the U.S. and Europe imposed a bunch of sanctions on Russia. Vladimir Putin retaliated by putting a food import ban in place.

In 2016, KDV was the second largest snack company for both savory and sweet snacks. Frito-Lay took the savory title. Oreo maker Mondelez took the sweet title.

Russia's economy is improving, but its population is still cutting spending, primarily by switching to cheaper brands. This puts KDV, which sells its snacks for less than its competitors in position to become the biggest snack maker in the world in just a few years.

Denis Shtengelov has a net worth just over $1 billion.