By Joseph Gibson on July 24, 2015 in Articles › Billionaire News

Russian tech billionaire Yuri Milner was named after Yuri Gagarin, legendary Russian cosmonaut and the first man in space, so it's clear his pedigree for space exploration is strong, at least in the aspirational sense. So it's really no surprise that his latest project is a partnership with Dr. Stephen Hawking and several other scientists to really get serious about the search for extraterrestrial life. Milner has a net worth of $3.3 billion, and is one of the few people in the world who can easily afford to spend $100 million on such a project.

Contrary to what some members of the public might believe, NASA doesn't really devote much in the way of resources to looking for aliens, and the search has, up to this point, been hobbled by severe lack of resources from other channels. But thanks to Milner and his team, it's going to have all the resources it needs – and the initiative is called Breakthrough Listen. It was unveiled at a press conference earlier this week – here's a statement from Milner on the project and its approach to the problem of seeking out other lifeforms in the universe:

"We're committed to bringing the Silicon Valley approach to the search for intelligent life in the universe. Our approach to data will be open and taking advantage of the problem-solving power of social networks." 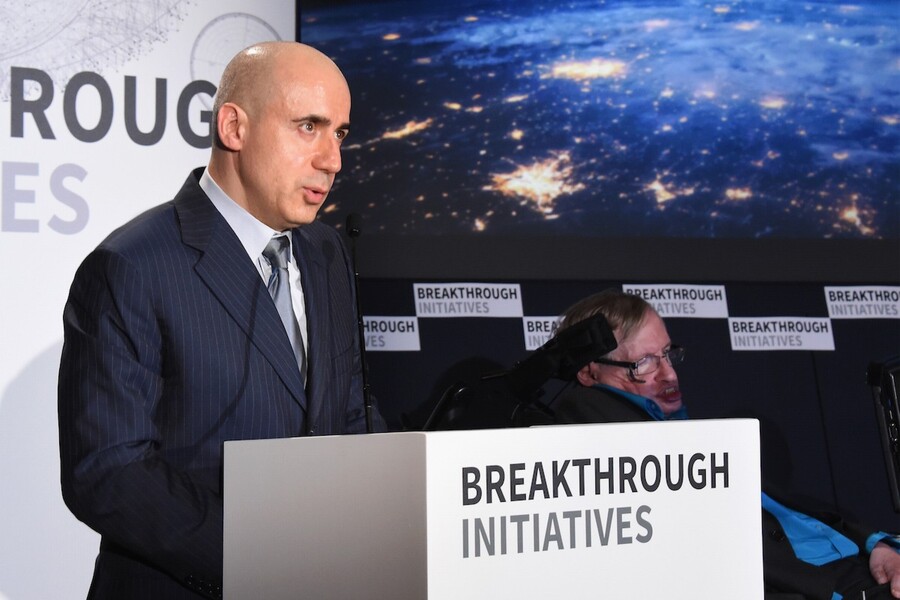 The idea of social networking with aliens is an appealing one (at least to me), but that's not exactly what Milner means. Instead, part of what he's referring to is a system developed at the University of California at Berkeley known as a "screen saver program" that uses the processing power of idle computers belonging to individuals in order to sift through the massive amounts of data being collected by Breakthrough Listen. This way, unusual signals, possibly of some intelligent origin, can be found much more efficiently than if the project depended on just one standalone supercomputer.

Some of that data will be coming from the Automated Planet Finder Telescope at California's Lick Observatory. This telescope can be used to find "laser signals" being beamed back and forth by intelligent life elsewhere in the universe, here explained by one of Breakthrough Listen's team members, famous "planet hunter" Geoff Marcy:

"It's possible, if the Milky Way galaxy actually has other intelligent species that are sending their spacecraft around the galaxy, maybe setting up colonies on other planets or even around other stars, they may be communicating with all of those sites using lasers. Indeed, there could, therefore, be a sort of galactic Internet … carried by laser beams crisscrossing the galaxy. And we here on the Earth may serendipitously just happen to fall in one of those laser beams. Moreover, it's possible they know about us and they're purposely shining their laser beams at us."

That's only one of the most exciting aspects of Breakthrough Listen, which represents a $100 million investment from Millner over the next ten years. Obviously, whether or not they find anything remains to be seen, but the simple fact of the matter is that if there is intelligent life somewhere out there in space, we're now in a much better position to make contact than we ever were before.