By Joseph Gibson on March 18, 2022 in Articles › Billionaire News

Ups and downs in the real estate market aside, it's not a great time to be a Russian billionaire with expensive property in the United States and Europe. Superyachts and luxury villas are being seized by governments all over the place, and naturally that means that some of those billionaires are looking to unload some of those properties before things get too complicated. One could easily assume that to be the case with Valery Kogan, co-owner of the Domodedovo Airport, and wife Olga Kogan, who are reported by the New York Post to be looking for a buyer for their two-unit combo at the Plaza Hotel. But actually, the couple have been looking to sell this particular property for a while now.

First listed just before covid lockdowns began in early 2020 for an asking price of $45 million, the spread is now being "quietly shopped" with an even higher asking price of $50 million. That alone should tell you this is no run-of-the-mill pair of hotel rooms, but instead an expansive luxury residence said to be "reminiscent of French royalty." 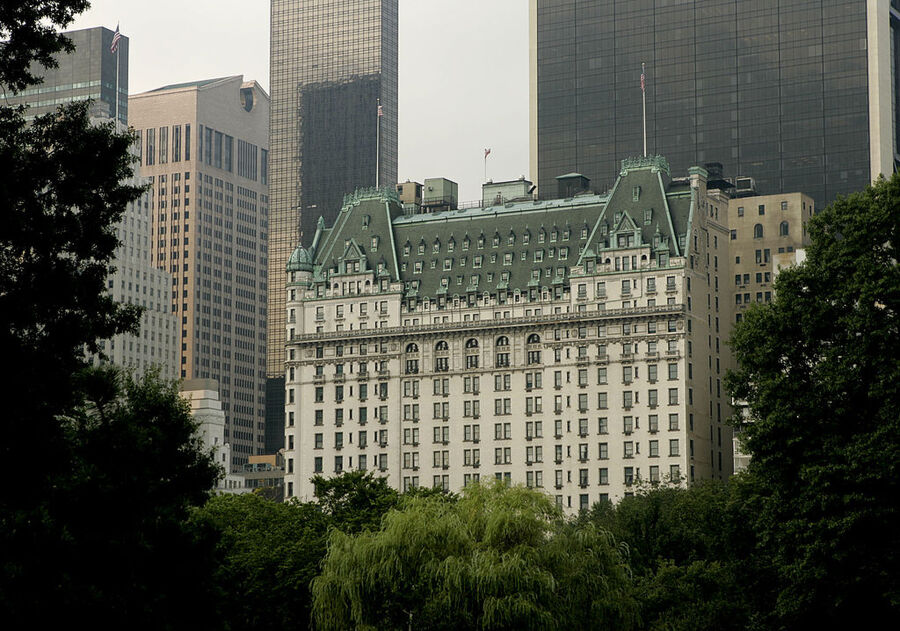 That means gold leaf detailing pretty much everywhere it will fit, onyx in the bathrooms, and almost as many crystal chandeliers as there are rooms. Altogether, there's 5,320 square feet of living space, with four bedrooms and four and a half baths. Here's more from the (since-removed) official listing:

"Very few offerings within The Plaza Residences provide this level of detail, finish-out, and square footage, making it ideal for a buyer of discerning tastes. And the lifestyle leaves nothing to be desired. Extensive building amenities heighten the experience with a landmarked residential lobby, lushly-landscaped Plaza gardens with fountain and reflecting pools, 5-star concierge service, 24-hour doorman, and exclusive access to the hotel's premier venues such as The Oak Room, Oak Bar, Palm Court restaurant, Palestra fitness center, Plaza Food Hall, opulent spa and salon, plus maid, valet and limousine services."

The Kogans own another unit at the Plaza, although the report says it's not included in this off-the-market sale, so they don't seem to be looking to get rid of everything they've got in view of the possibility of sanctions and other potential complications stemming from the Russian invasion of Ukraine. But they are reportedly looking to sell a few other pieces of real estate, including two other Manhattan properties and an estate in Greenwich, Connecticut. All told, they're reportedly looking to get rid of some $250 million worth of property.