By Joseph Gibson on August 6, 2020 in Articles › Billionaire News

Arkady (pictured below) and Boris Rotenberg, two Russian billionaire brothers who are associates of Russian President Vladimir Putin, have been accused by US authorities of a money laundering scheme involving high-priced works of art, reports Forbes. Arkady in particular is known for his association with Putin, and the two have in fact been photographed practicing judo together.

Arkady's son Igor Rotenberg is also included in the accusations in the recent United States Senate's subcommittee on investigations report spearheaded by Senators Rob Portman and Tom Carper. The report alleges "high-value art" purchases through shell companies traced back to the Rotenbergs, and that acted as a way to circumvent economic sanctions by the US. Arkady and Boris had US sanctions imposed on them in 2014, and went on to buy $18 million worth of art in the months that followed, as well as another $73 million in other transactions, all of which were actually forbidden by these sanctions. By making these transactions through various shell companies and other intermediaries, the report says, these sanctions were able to be ignored by the brothers. 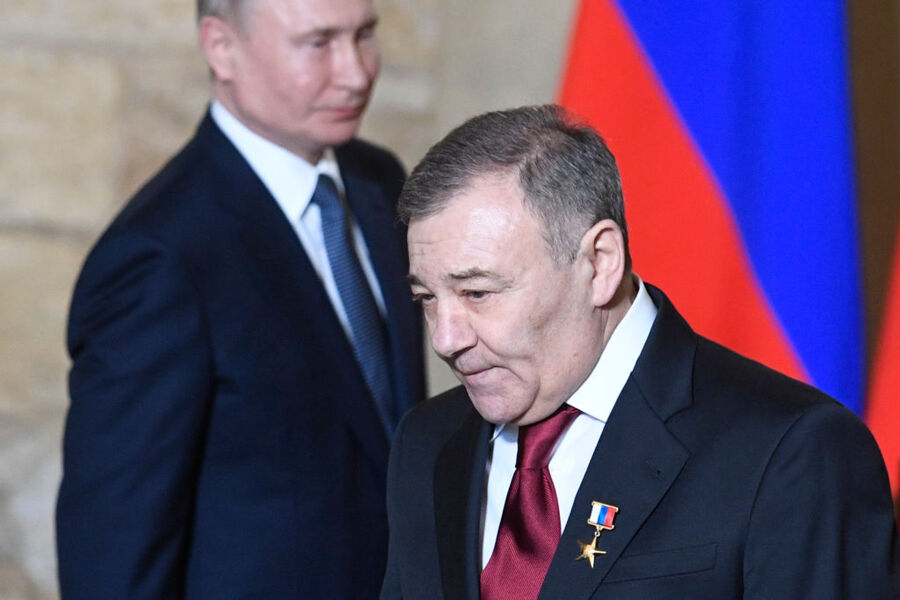 In a press statement, Senator Portman says that arrangements like the ones alleged in this report are unacceptable:

"We cannot let that continue. The art industry currently operates under a veil of secrecy allowing art advisors to represent both sellers and buyers masking the identities of both parties, and as we found, the source of the funds. This creates an environment ripe for laundering money and evading sanctions."

The report also lays some blame at the feet of auction houses that allowed the Rotenbergs to make their big-ticket art sales through a "Moscow-based art advisor" named Gregory Baltser:

"Despite having voluntary [anti money laundering] and sanctions policies, auction houses failed to ask basic questions of Mr. Baltser, including for whom he purchased art. This allowed Mr. Baltser to continue to purchase art despite the imposition of sanctions by the United States on the Rotenbergs, completely undermining any action taken by the auction houses to block transactions by sanctioned individuals."

It's not known what additional steps, if any, will be taken by the Senate or other authorities in the wake of the report. The Rotenbergs haven't commented publicly on the allegations, but in a letter to the subcommittee Baltser denied having any involvement with Boris or Arkady Rotenberg. Despite that, at least three major auction houses – Phillips, Christie's, and Sotheby's – have pledged not to do any business with Baltser in the future as a result of the report.