Everything You Need To Know About Aras Agalarov – The Russian Billionaire Behind The Donald Trump Jr. Email Controversy

It's all over the news, Donald Trump Jr. and that meeting with the Russian representative. But it didn't start with Junior and he wasn't chosen at random. Rather, it was a Russian business partner of his father's who targeted him. Last June Donald Jr. received an email that said the "crown prosecutor of Russia" was offering the Trump campaign some information that could derail Hillary Clinton's campaign and propel Donald Trump to the White House. Junior's response to this missive is now infamous:

"If it's what you say I love it especially later in the summer."

After that, a meeting with a woman who is a "Russian government attorney" took place in New York. We've all read the reports about how it was supposedly to talk about adoption policy between the U.S. and Russia. Junior claims that no information was offered that could help his father's campaign. However, Rob Goldstone, the Russian business partner's representative was clear that not only were Trump Sr.'s Russian business partners involved in this meeting, so was the Russian government. The meeting was motivated by the Russian government's support for Trump's campaign and helped along by Trump's Russian friends Aras and Emin Agalarov, who brokered the meeting. Who are the Agalarovs and how did Donald Trump come to know them? 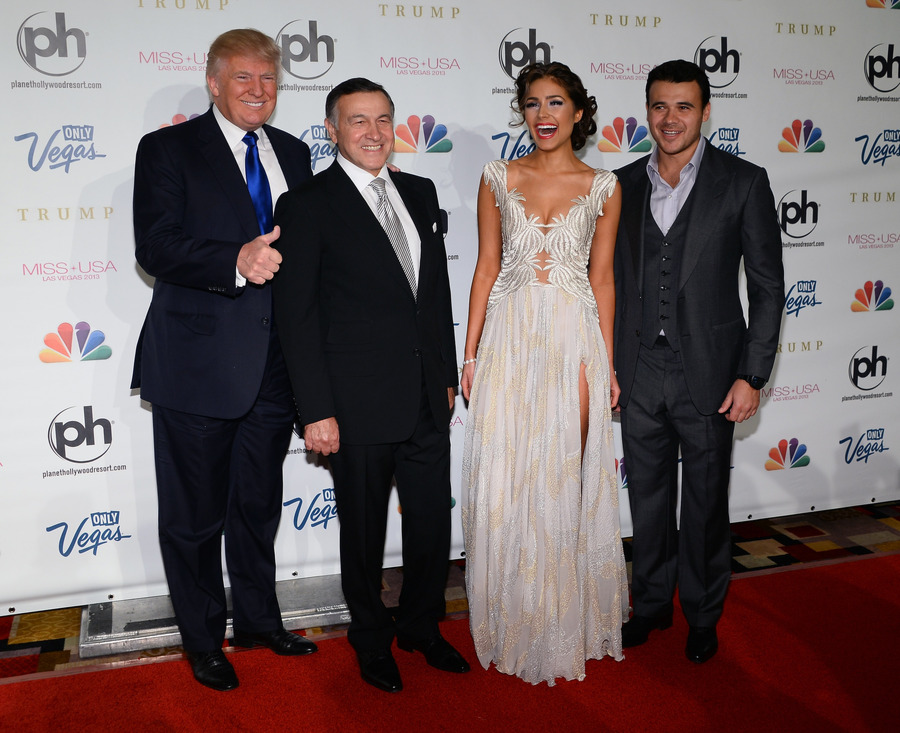 Aras Agalarov is a 61-year-old Russian developer with a net worth of $1.9 billion. Aras handled a good chunk of the development of Moscow after the fall of the Soviet Union in 1991. That put him in the inner circle of Kremlin cronies. His son Emin is a Russian pop star.

Aras set up a real estate company called Crocus Group in 1989, just before the collapse of the Soviet Union. The firm had very close ties to the Russian government from the very beginning. As a result, Crocus got several contracts from state-affiliated sources and was made the general contractor that will build the stadiums for the 2018 FIFA World Cup. In 2013, Aras Agalarov was given an Order of Honor of the Russian Federation by Vladimir Putin.

And that brings us to the President of the United States, Donald J. Trump, and his relationship with Aras and Emin Agalarov. Emin was working for his father's business while also pursuing a career as a pop star. He was looking for a female lead for his music video and he wanted to find the most beautiful woman in the world to fill that spot. Naturally, Emin reached out to the Miss Universe pageant, owned by one Donald J. Trump.

The friendship between Trump and the Agalarovs started there. Emin has said that they have stayed in touch ever since and that Trump and Aras have exchanged a number of letters. He calls their relationship great.

The Agalarovs have visited numerous Trump golf courses and properties. Trump and the Agalarovs also tried to build a Trump Tower in Moscow. Letters of intent were signed. Those plans were shelved when Trump announced his run for President of the United States.

According to the Agalarovs, they have remained in touch with Trump. Aras even congratulated Trump on his win and Trump sent a handwritten note back to him in reply. Emin claims to also have been in touch with Donald Trump Jr. around the time of the inauguration.

It isn't a stretch to think that the Agalarovs, as friends of the Russian government, expect the President of the United States to remember his friends.