By Joseph Gibson on July 3, 2015 in Articles › Billionaire News

Any yachtsman will tell you that bigger is not necessarily better, but you should be able to tell from the expression on their face when they say it that they don't really mean it. So we can all agree that the 480+ foot sailing yacht being built by Russian billionaire Andrey Melnichenko has to rank as the best sailing yacht of all time.

For a long time, it was hard to know for sure what exactly Melnichenko was working on, since he kept the project pretty much under wraps since it began in 2012. But now, photos of the boat are starting to be made public, and it would appear that the White Pearl is the biggest sailing yacht in history so far, easily beating out the previous record-holder, venture capitalist Tom Perkins' 289-foot Maltese Falcon.

Even though the 480-foot cat would appear to be out of the bag, Melnichenko is reportedly staying quiet on the subject of his soon-to-be-completed yacht, perhaps opting not to soak up any extra attention than that which having the biggest yacht on the planet will already get him. Or perhaps he's just embarrassed at having made yet another massive sea vessel following the construction of A, another megayacht with a sleek, minimalist design that captured more than its fair share of imaginations when it was unveiled to the public a while back: 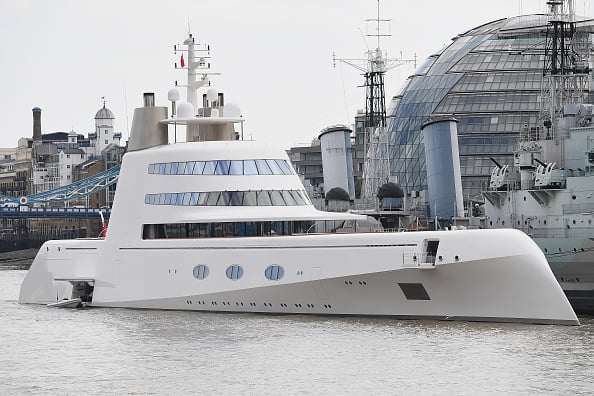 If avoiding attention was Melnichenko's goal, though, he probably shouldn't have commissioned something as impressive as the White Pearl. The craft is reported to have a massive atrium that extends three stories into the air, as well as a huge swimming pool and an overall visual aesthetic that is said to be reminiscent of the Pirates of the Caribbean movies. But its the craft's sheer size that will probably get the most attention – its sails alone would cover an entire football field with plenty of material to spare. And it will require a crew made up of 66 people to run optimally: 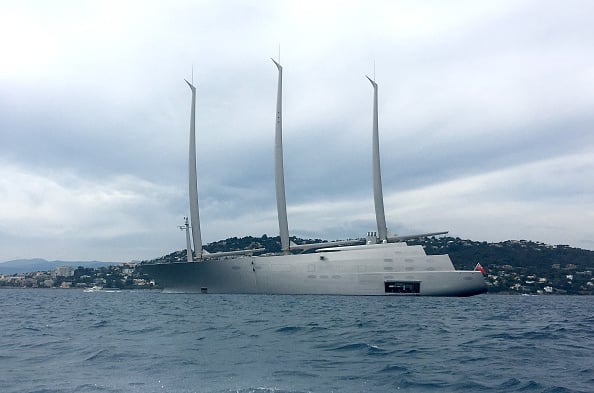 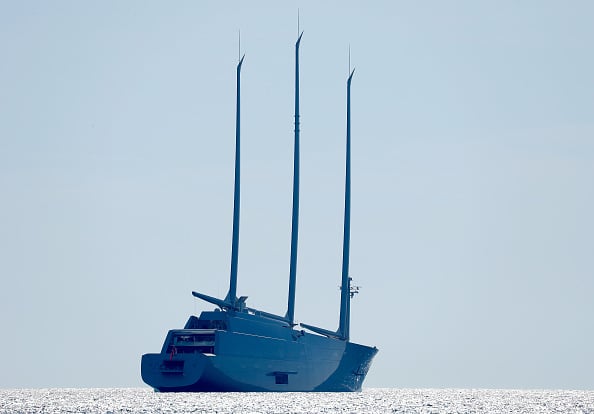 One aspect of the White Pearl that Melnichenko has managed to keep quiet is the total cost of the project. With a net worth of around $9 billion, it would have to be a lot bigger than it is to brush up against his budget threshold, and probably have a couple of space rockets strapped to it to boot. His earlier superyacht, A, was reported to have a completed price tag of around $300 million, and it's safe to say that the White Pearl will surpass that figure handily by the time it's ready to set sail.

When will that be? The answer to that question, too, isn't a matter for public consumption just yet, but one person hired to work on the yacht has reportedly let slip that it's expected to be finished around July of 2016. And in case you were hoping to pick up Melnichenko's old boat for cheap after he finishes this one – no soap, as the billionaire is expected to keep both megayachts in his fleet, with White Pearl being for when he's feeling in an environmentally friendly sailing mood.