By Amy Lamare on June 3, 2018 in Articles › Billionaire News

There is drama in the billionaire media mogul set. Rupert Murdoch's bitter rival, Comcast owner Brian Roberts, is reportedly complicating Murdoch's plan to sell his Fox assets to Disney for $52.4 billion. This deal was put together as part of his plan to turn his media and entertainment empire over to his sons Lachlan and James. The elder Murdoch entered into a deal last year to sell his U.S. based entertainment empire to Disney. The House of the Mouse wants Fox's popular franchises like The Simpsons and the Marvel movies to launch a streaming service to take on Amazon Prime and Netflix. Fox News is not a part of the Disney deal.

Comcast is now promising to put forth a bit that is at least as favorable to Fox shareholders as the one Disney has on the table. More concerning for Murdoch is the plan that Roberts' deal is a cash one.

Once the sale to Disney is done, Murdoch planned to make Lachlan the head of a smaller Fox company based on Fox News and Fox Sports. Lachlan would also take over The Sun, The Times, and the Wall Street Journal. James Murdoch is expected to join the board of Disney as a replacement for chairman Bob Iger. 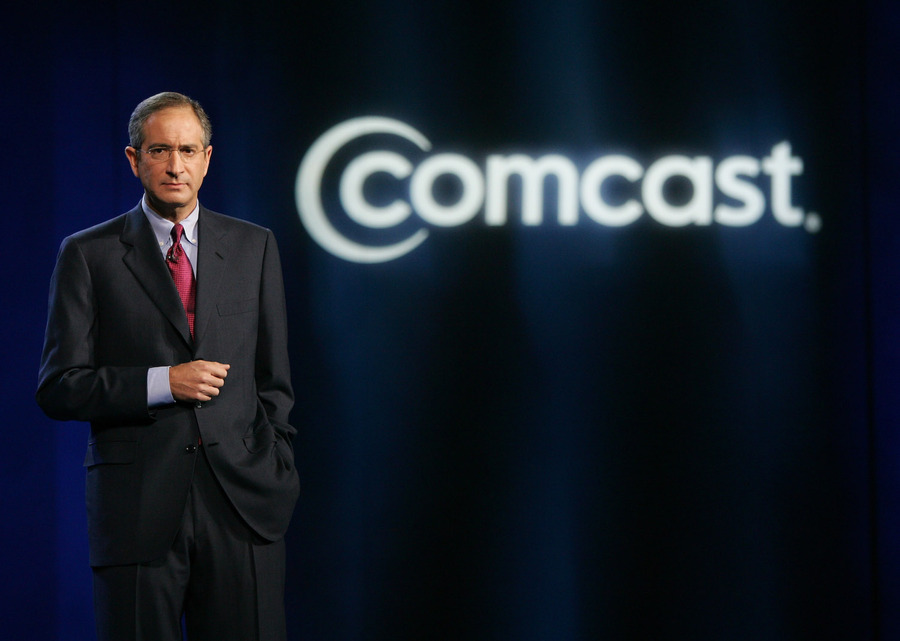 Murdoch and Brian Roberts have clashed repeatedly over the decades. Ironically, Disney was often the third component of a number of three way battles between the media and entertainment empires. In 2001, Murdoch wanted to take over DirecTV. Roberts reacted to that buy expanding Comcast and taking over the broadband operation of AT&T.

Comcast has a $60 billion war chest to use for the takeover battle. Fox's deal with Disney includes the film and TV studios, sports networks, National Geographic, Star India, and stakes in Hulu and British broadcaster Sky.

Comcast is the owner of Universal Pictures and NBC. It is a rival of Disney. Reports say that Roberts, Comcast's CEO, will only put forth a formal deal for Fox if the AT&T takeover of Time Warner is approved. A ruling on that case, which is similar in structure to Comcast's potential takeover of Fox, is expected in June.