By Brian Warner on March 11, 2020 in Articles › Billionaire News

If you've been following CelebrityNetWorth for a few years now, you may have noticed that we have a particular fascination/admiration for Russell Weiner, the founder of Rockstar Energy Drink. First off, he's a fellow red head who actually grew up in the same tiny Bay Area hometown. More importantly, he just proves over and over that he's one of the smartest and coolest entrepreneurs around. And today he proves that again with a $3.85 billion sale to Pepsi.

Russ was born in 1970 and grew up in the San Francisco Bay Area. His father is conservative radio host Michael Savage.

Prior to founding Rockstar, Weiner worked in business development for Skyy Vodka.

While working at Skyy, Redbull exploded in popularity around the globe. Russ desperately tried to convince Skyy to let him launch an energy drink brand for them. Skyy declined.

So Russ quit and set out on his own.

He was rejected so resoundingly, that Russ opted to take out a mortgage on his condo in Sausalito, California to raise his $50,000 startup costs. He also borrowed some money from his mother, who in exchange became CFO and was given 15% of the company's equity.

After testing more than 700 variations of the future drink, the final formula was chosen and Rockstar's cans hit the shelves with 16 fluid ounces of liquid!

In 2001 Russ bought a black limo, painted his logo on the side and began driving around offering the drink all over the Bay Area.

The drink was nearly an instant success. 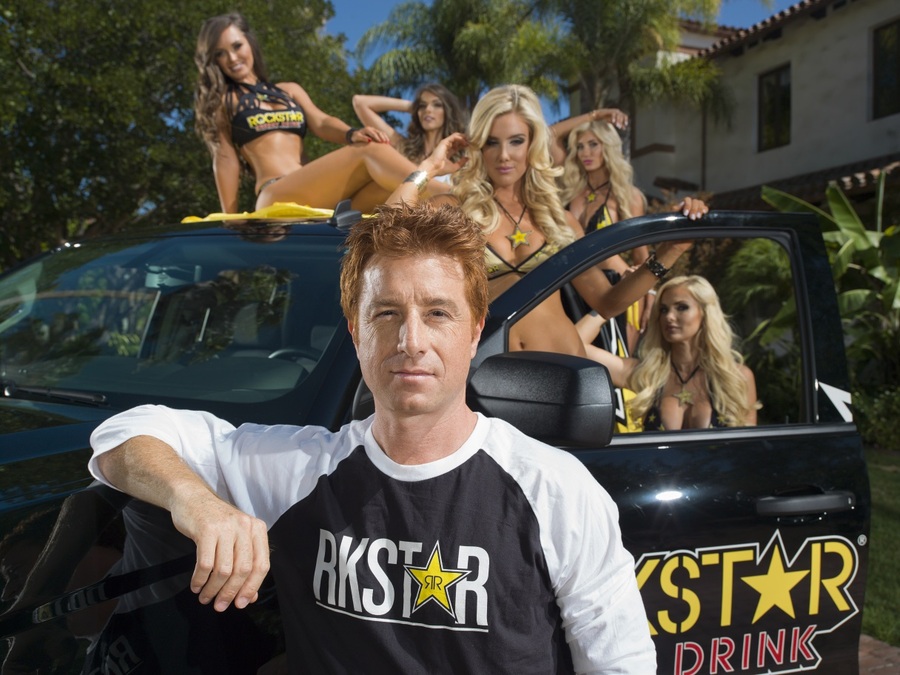 And then today happened.

Earlier today it was revealed that Russell has sold 100% of Rockstar to PepsiCo for $3.85 billion in cash. Russ' 85% stake means he will soon be receiving a check or direct deposit in the amount of $3.27 billion.

His mother Janet, early investor and CFO, will receive $525 million for her 15% stake.

Skyy Vodka should have listened to Russ 20 years ago!!!

Oh and by the way, Russell isn't a one trick pony beverage tycoon. He is also somewhat of a real estate rockstar. Pun intended. Here's a statement from Russ on the sale:

Russ: "It's perfect timing in my life right now. I'll have enough money to pretty much do whatever I want in life and not put my nose to the grindstone. I was running this business 24 hours a day for the past 20 years. I was never not working."

Weiner explained that his mother "will devote her life through animal rescues."

In 2017 Russell and his mother launched a drink called Yachak Organic, a natural alternative to Rockstar, whose profits go toward protecting endangered species.

In 2010, Russ bought a mansion on Miami's ultra-exclusive Palm Island out of foreclosure. He paid $6.75 million. The seller was a bank that had foreclosed on hip hop producer Scott Storch (who famously blew through around $75 million on drugs, girlfriends, travel and partying).

After living in the house for a little under two years, Russ flipped the house to rapper Birdman for $14.75 million! More than doubling his original investment.

In 2013, Russ flipped a 6 bedroom ocean front house in Hermosa Beach, California for $13.9 million. Russ bought the Hermosa house ONE MONTH earlier for $10 million. That's a $3.9 million profit in 30 days.

Russ owns a veritable empire in Los Angeles. Here are the LA houses we know about:

In September 2019 Russ paid $16.5 million for a 12,500 square-foot mansion in the Hollywood Hills. This house had actually been bought three years prior for $27 million.

Russ owns at least four other Los Angeles homes including TWO estates in the ultra-exclusive guarded area of Beverly Park. He purchased his first Beverly Park mansion for $15 million in 2007 and the second for $18.6 million in 2015. The first home today is worth easily north of $30 million. Perhaps more like $50 million in the right market.

Add it all up and Russ Weiner's current real estate portfolio (that we know about) is worth at least $150 million.

Will be interesting to see what Russ does next with his new billions and free time! Congrats Russell Weiner! We have admired you from a distance for a while!