By Amy Lamare on March 2, 2018 in Articles › Billionaire News

Elon Musk is a mad genius – on that I think we can all agree. He is also pretty eccentric and has a flare for bravado, as was evident recently when he launched SpaceX's 230 foot Falcon Heavy rocket on a mission to Mars with a $200,000 Tesla roadster strapped to it. The roadster has a dummy named Starman behind the wheel. Oh, and the launch went off while David Bowie's "Space Oddity" was blaring out of the Tesla's stereo. Or, that time he declared that we were all living in the Matrix.

The 46-year-old billionaire has a net worth of $20 billion. At 24, he launched Zip2, an online content publishing software. AltaVista bought the company for $302 million in cash and $34 million in stock options in 1999. A few weeks after the sale, Musk founded the company that would eventually morph into PayPal, and which was sold to eBay in 2002 for $1.5 billion. Musk's 11.7% stake in PayPal was worth $165 million at the time. Rather than slow down and enjoy his success, he founded SpaceX in 2002. The company's goal is to commercialize orbital rockets and send a mission to establish life on Mars. Then, two years later, in 2004, Musk launched Tesla Motors. He's also the chairman of SolarCity, the U.S.'s second largest solar power company. Elon Musk is a busy guy. 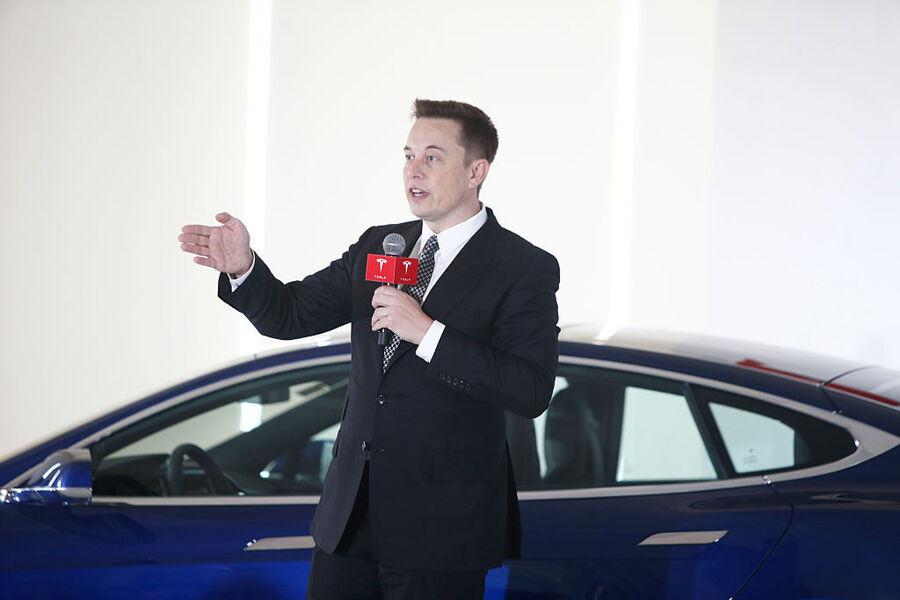 While Musk was busy starting companies, disrupting industries, and making billions, he managed to find the time to buy up some properties. He has five mansions in the Bel Air neighborhood of Los Angeles worth a collective $70 million. He bought the first estate in 2013 for $17 million. The 20,248 square foot home has a two-story library, 1,000 bottle wine cellar, home theatre, and gym.  The same year, he bought a house on the same block for $7 million and turned it into a private school for his kids called Ad Astra, which means "To the stars" in Latin. His most recent purchase is a $24 million estate that is still under construction.

Unsurprisingly, the electric car mogul has a soft spot for cars. He is rumored to own a Ford Model T, the first mass-produced car as well as a Jaguar Series 1 1967 E-type roadster. He also owns the Lotus Esprit submarine car driven in the James Bond movie The Spy Who Loved Me. That vehicle set him back nearly $1 million.

Musk also owns at least one Tesla besides the one he shot into space.

With all of his businesses, you'd think that Musk wouldn't have time to date, but that's not the case. He was married to writer Justine Wilson, his college sweetheart, for eight years. The former couple have five children—a set of twins and triplets. After their 2008 divorce, Musk was broke and living off loans from friends while trying to keep his businesses operating.  Musk has also been married to actress Talulah Riley twice. They met in a nightclub in London in 2008. They got married in 2010, divorced in 2012, remarried in 2013, and divorced again in 2016.  More recently, Musk has been involved with actress Amber Heard.

With all of this going on in his life, Musk surely makes some time to get away and relax, right? Nope. In 2015, Musk said he'd only taken two weeks off over the preceding 12 years. He also works 80 to 90 hours a week. In the beginning, he fueled himself with eight Diet Coke's a day.

Musk isn't done innovating or founding companies. He's got a passion for AI and would like to make sure that AI and humankind work together, not against each other, which is his fear. He's also trying to develop a Hyperloop and is interested in Neuralink, a medical research firm.

Elon Musk signed The Giving Pledge in 2012, vowing to donate most of his wealth during his lifetime.

With all of this going on, we have to wonder, is Elon Musk a superhero?