Many people dream of having more money than they know what to do with. Just imagine being able to purchase something outrageous, invest in a professional sports franchise, or donating to a cause you believe in without worrying about the impact on your personal finances. Sounds perfect doesn't it?

However, all of that money can take a toll on even the strongest families. Things like taxes and spending increase, and as generations come and go, there are more hands in the proverbial money jar, all wanting to spend.

Yet somehow, the Rockefeller family has been immune to the overspending that has befallen other families. The family is now in its seventh generation with more than 250 direct descendants and a multi-billion dollar fortune.

In fact, adjusted for inflation, John D. Rockefeller – America's first billionaire – is worth more than $340 billion. And David Rockefeller, John's grandfather, gave away more than $1 billion to charity during his lifetime.

With David and Peggy Rockefeller's art and valuables collection expecting to fetch anywhere between $500 million and $1 billion, it begs the question: how have the Rockefellers been so successful at maintaining their fortune? 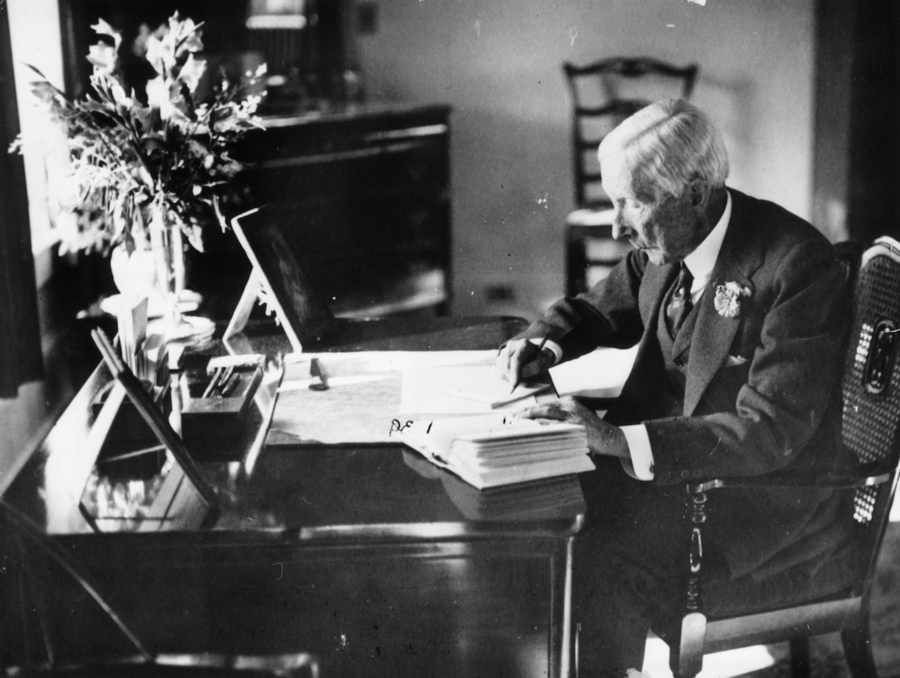 Luckily, David Rockefeller, Jr., chairman of Rockefeller & Co., recently unveiled a system of values and traditions that have helped the family maintain a strong bond and preserve the wealth they've accumulated. Here are the family's four main tenets:

Rockefeller, Jr. said the family meets twice a year, with more than 100 people in the same room. The family uses these meetings to discuss its direction, upcoming projects, and family news. Even if a member married into the family, the other Rockefellers want to make sure they're included. The only criteria for these meetings is all members must be at least 21.

When your family has gone through seven generations, there's quite a bit of history to sift through. Rockefeller, Jr. says a good way to maintain family history is by visiting family homesteads, or places passed down through generations.

"I can go back to the place where my great-grandfather lived over 100 years ago," Rockefeller, Jr. said. "And see how he lived and see how his son and their grandchildren lived."

Don't Have a Family Business

This one seems a little counterintuitive since the Rockefellers' wealth largely came from the oil business. But Standard Oil, the company that John D. Rockefeller started, was broken up by the government into publicly traded companies in 1911. Combined with a series of trusts, the stocks and financial holdings of those multiple companies were easier to pass down.

Rockefeller, Jr. calls the family "lucky" for not having a core business, saying it's pulled plenty of other wealthy families apart.

The family's various foundations have a combined endowment of more than $5 billion. Those foundations include the Rockefeller Foundation and the David Rockefeller Fund, and family members are encouraged to assist in choosing which causes the foundations work towards.

Inscribed in stone at Rockefeller Center, a quote from John Rockefeller reads: "For every right implies a responsibility; every opportunity, an obligation; every possession, a duty." The family aims to follow those guidelines every day. David Jr. – who is nearly 77 years old – remembers donating to charity with his very first allowance back in 1951. He believes in practicing what you preach and he's continued to contribute to charitable efforts ever since.

You don't need to be as rich as the Rockefellers to practice their family values. Who knows? One day, you may have more money than you know what to do with.