By Beth McDonald on March 27, 2016 in Articles › Billionaire News

The Rockefeller Family Fund, a charity created by members of the storied and uber-wealthy American family, recently made headlines when it announced it would eliminate its holdings in Exxon Mobil and divest from other companies in the fossil fuels sector as soon as possible. According to Reuters, the fund personally lambasted Exxon Mobil as "morally reprehensible" for its alleged efforts to mislead the public about climate change risks.

Why is this big news? Because Exxon Mobil can trace its roots back to Standard Oil, the oil conglomerate that the Rockefeller family ran over a century ago. While the $10 billion family has invested in other industries over the years, the bulk of its wealth is derived from its activities in the oil sector, an industry the family's ancestor and titan of American business John D. Rockefeller revolutionized.

The fund publicly announced on its website that as the "global community works to eliminate the use of fossil fuels, it makes little sense – financially or ethically – to continue holding investments in these companies." It also charged that after it was reported that Exxon Mobil purposefully misled the public on the true impact of fossil fuels on the climate for decades, the fund "cannot be associated with a company exhibiting such apparent contempt for the public interest."

Exxon Mobil noted it wasn't surprised by the fund's recent actions, with a spokesperson telling CNBC, "It's not surprising that they're divesting from the company since they're already funding a conspiracy against us."

According to Reuters, the alleged "conspiracy" is that the fund gave approximately $25,000 to non-profit InsideClimate News to investigate the oil industry's role in climate change research. An Exxon Mobil representative told Reuters, "The Rockefeller Family Fund provided financial support to InsideClimate News and Columbia University Journalism School, which produced inaccurate and misleading stories about Exxon Mobile's history of climate research." 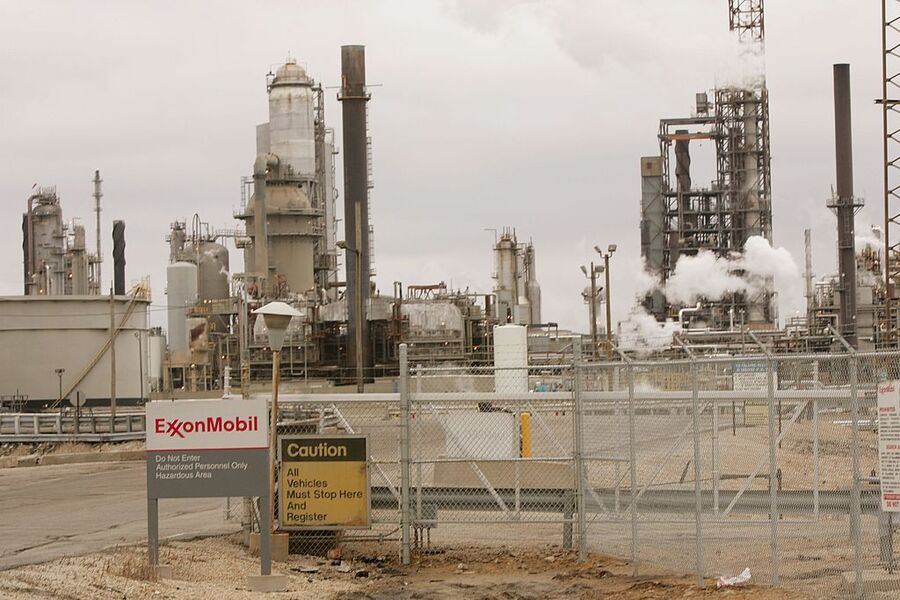 However, The Rockefeller Family Fund defended itself against Exxon Mobil's attack, noting that although it did give money to support climate change research and public interest journalism, it never intended to single out a particular company, especially one in which it (at the time) maintained investments.

This isn't the first time the Rockefeller family has worked to distance itself from the industry that made it rich. According to Reuters, as early as 2008, members of the family began to call upon Exxon Mobil to increase research and development of alternative fuels. In addition, in 2014, another Rockefeller charity, the Rockefeller Brothers Fund, said it planned to divest its investments away from fossil fuels.