David Rockefeller was a voracious art collector during his lifetime. He believed that art was meant to be lived with and enjoyed, not hidden away to protect the investment. He kept a Picasso nude worth $90 million in his living room. It hung between windows that overlooked East 6th Street in Manhattan.

Rockefeller was the last surviving grandchild of John D. Rockefeller, the founder of the Standard Oil Company. He passed away last year at 101 after a life filled with a long standing love for modern art. He spent the better part of his more than century long life collecting art work from Claude Money, Paul Gauguin, Diego Rivera, and Henri Matisse, just to name a few of the artists in his collection. Though Rockefeller primarily collected his art for his own enjoyment, the collection he amassed also contributed heftily to his own personal net worth. 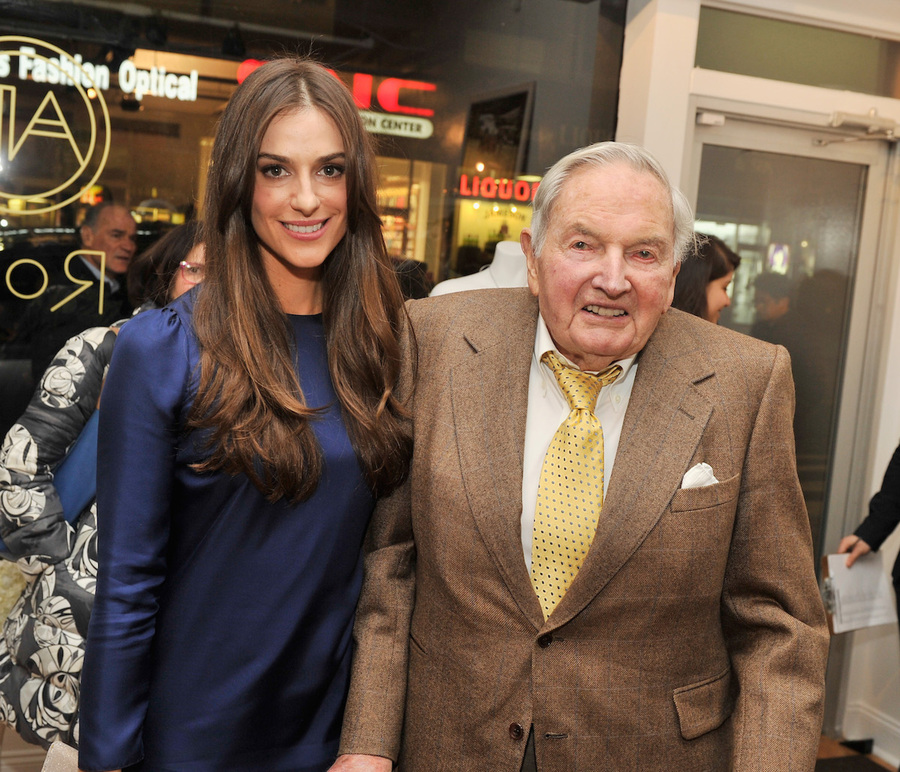 Christies is handling the auctioning off of Rockefeller's vast collection. The auction will start May 8th and last a week. At the time of Rockefeller's death, he had at least four Monets, a number of amazing works by Georgia O'Keeffe, Edward Hopper, and Georges Seurat as well as hundreds of other works and treasures including a dinner service set Napoleon took with him when he went into exile on Elba.

Rockefeller and his wife Peggy (who died in 1996) originally planned on donating most of their wealth to charity. Together, many decades ago, the couple arranged for 13 works of art to go the Museum of Modern Art in New York which had been co-founded by Rockefeller's mother. But as time went on, Rockefeller realized that organizations he wanted to help support needed his cash, not his art.

The proceeds of the auctioning of his art are largely going to 11 different organizations including Rockefeller University, Harvard, the Maine Coast Heritage, and Council on Foreign Relations. Part of the reason the decision to sell the art rather than donate it also came down to taxes. Pieces purchased in the 40s, 50s, and 60s have skyrocketed in value leading to an insane capital gains tax. So, Rockefeller left the art in his estate with instructions to donate the proceeds of their sale to charity to avoid paying tax on their increase in value.

The auction house Christie's has known for several years that they would be handling the auction and needed the long lead up to assess and place a value on the vast amount of items and painting being auctioned. There are roughly 1,500 lots of Rockefeller's collection going up on the auction block.

The estimate of the items going to aution is $500 million. However, that figure was reached five years ago. Since that time, art value has been on the rise. A Leonardo da Vinci work sold for $450 million at auction. The biggest works in Rockefeller's estate are now expected to get somewhere close to that insane price as well.

Here are some prices Christie's anticipates getting for some of the most famous works of art in Rockefeller's collection, all of which are really on the lower end of the current market value for art:

The Rockefeller name could also cause a rise in the price of the works from his estate. Once these works are sold, his Will will be consulted for the specific numbers he wanted each of the charities he designated to have. The auctioning of his collection is one of the largest liquidations of a personal American fortune.

At the time of his death, David Rockefeller had a net worth of $2.9 billion.