By Amy Lamare on November 18, 2020 in Articles › Billionaire News

If you've always dreamed of living steps from the ocean in Malibu and have $24.5 million lying around, have we got the house for you! Vista Equity billionaire Robert F. Smith is selling his home on Malibu's exclusive Carbon Beach. Smith and his wife, former Playboy Playmate Hope Dworaczyk bought the home in 2018 for $18.7 million. They never lived in the house. Instead, they used it as an Airbnb rental for short visits and private parties. 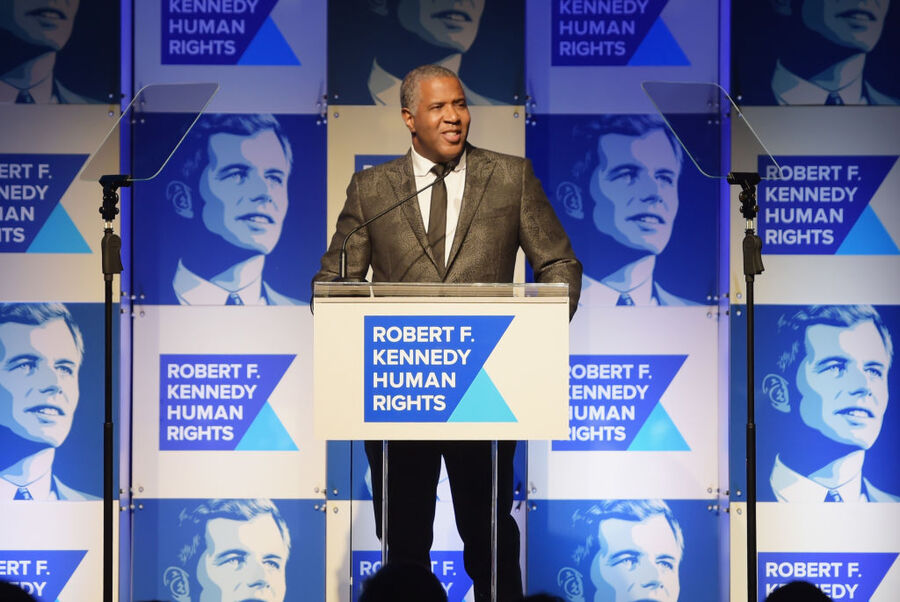 The two-story house was built in 1956 but has been extensively renovated since then.  It features a large great room with wood plank ceilings, a wet bar, and a kitchen that was last renovated in the early 2000s with granite countertops, custom cabinets, and top-of-the-line stainless steel appliances. The 4,036-square-foot home features four bedrooms all with ensuite bathrooms as well as an additional half bath. The upstairs master has its own sitting area, dressing room, steam shower, and soaking tub. The home is set on the sand of Carbon Beach. Neighbors include Jeffrey Katzenberg, Eli Broad, Larry Ellison, and Michael Milken.

Smith and his wife also own a blufftop mansion in Malibu which they purchased from Yolanda Hadid for $19.5 million in 2016. Smith made real estate news recently when he paid $48.2 million for a Palm Beach estate originally built by Tiger Woods' ex-wife Elin Nordegren. The couple also has a mansion in Austin, Texas, and a triplex penthouse in the Chelsea area of New York City for which he paid $59 million in 2018 and has been renovating ever since.