RIP To The Billionaires Who Died In 2020

By Amy Lamare on January 23, 2021 in Articles › Billionaire News

2020 will be remembered as the year we all lost so much. The coronavirus pandemic has swept the globe, shutting down our cities and towns, and claiming nearly two million lives to date. Outside of that, the rhythms of life continue and people die of what we could now call "normal" causes—that is old age, disease, accidents, and other things that have nothing to do with Covid-19. In 2020, 16 billionaires passed away and in what is surprising, given the current climate, it seems none of them did so as a result of contracting Covid-19. In fact, the only known billionaire to contract coronavirus is Donald Trump, and, as we all know, he survived his battle with the deadly virus. This death toll is down from the death of 23 billionaires in 2019. Alas, 2021 has also already claimed one notable billionaire: Casino magnate Sheldon Adelson passed away this week. Of the 16 billionaires who died in 2020, nine of them were self-made, one inherited her fortune, and the other six inherited a fortune and then grew it in their own ways. 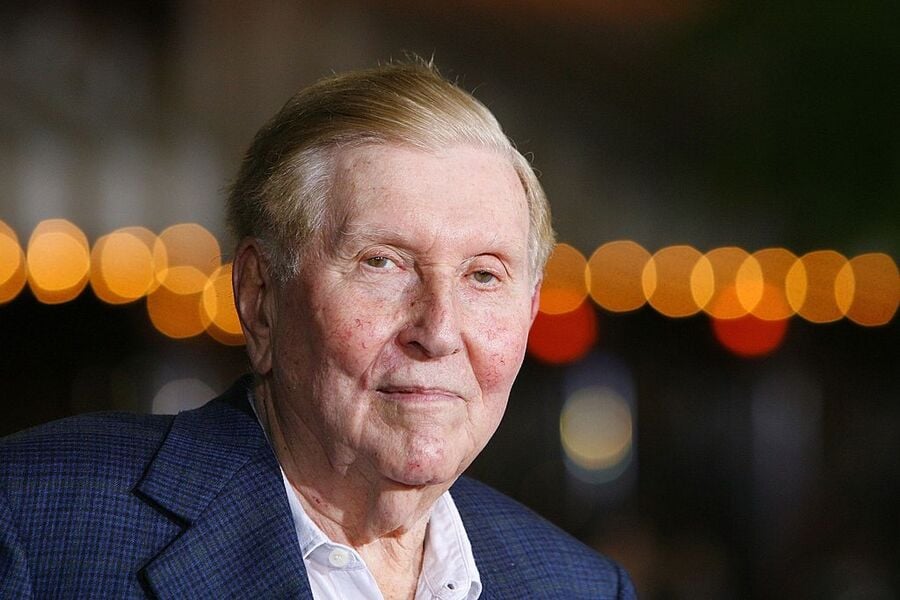 In 1962, Edmund Ansin's father bought Miami's WSVN Channel 7, an NBC affiliate for $3.4 million. Edmund became the chairman of Sunbeam Television in 1971 after his father's death.The station practiced first the "if it bleeds, it leads" style of TV journalism mainly focusing on crime and similar consumer interest stories.

Dmitry Bosov controlled Russian coal giant Sibanthracite Group. He was pals with Vladimir Putin and often played hockey with the Russian president. He was found with a gunshot wound to his head in the private gym at his mansion in Moscow by his wife Katerina, in a suspected suicide, however, his adult sons believe he was murdered.

Eduardo Cojunango was the chairman of the food and infrastructure conglomerate San Miguel, since 1998.

Aloysio de Andread Faria was a pediatrician who had to replace his father at the family bank after his sudden death in 1949. Once he took over control of Banco Real, Faria turned the bank in one of the most successful banks in Brazil. In 1998, he sold most of his Banco Real to Dutch bank ABN Amro for $2.1 billion.

A carpenter by trade, Manuel Jove started his own business in the late 1970s. With private capital, mostly from the Jove himself, Fadesa Inmobiliaria has become the largest independent real estate group in Spain. In 2004, Jove took the company public, while two years later he sold his 55% stake to real estate group Martinsa for $3 billion. He seemed to have sold it just in the right time, i.e., before the collapse of the Spanish real estate bubble.

Suna Kirac was the youngest daughter of Koc Holding's founder, Vehbi Koc. Suna has been taking various positions in her family's Istanbul-based company, which was founded in in 1926. Koc Holding is the largest industrial conglomerate in Turkey. She was not only born into a wealthy family, she married an equally rich and successful husband, the owner of Karsan – one of the three companies that made it to the final round in the New York Cab Tender, with Ford and Nissan.

Lee Kun-hee was the chairman of the massive Samsung Group, which has interests in television, mobile phones, computer chips, IT services, theme parks, and fashion. He took over the family business in 1987 after the death of his father, the company's founder, Lee Byung-chull. He grew the company through the 1990s, 2000s, and 2010s with the age of computer chips, flat screen televisions, and smartphones. He was convicted of bribing the president of South Korea in 1996 and of tax evasion about a decade later. He was pardoned in both cases. He had a heart attack in 2014 and had been incapacitated ever since. His son, Jay Y. Lee has run Samsung since 2014.

Whitney MacMillian was the former chairman and CEO of Cargill, the agribusiness he took over when it was a family business and he grew it into a global entity. He ran the company for 44 years. He was made CEO and chairman of the board in 1976 and retired in 1995 at 65. MacMillan was the last member of the family to serve as chief executive of the company. During his time as Chief Executive Officer of the company, it grew from a $10 billion corporation to corporation worth upwards of $133 billion in revenue per year. He achieved this through diversifying the holdings and investments of the company. Through his vision Cargill ascended to the very top of the grain industry, and became the largest privately held corporation in the world.

Manuel Moroun was the Chief Executive Officer and the Chairman of CenTra, Inc. CenTra controls the Ambassador Bridge, which Mr. Moroun purchased from the former owners, the Bower Family, in the late 70s. The bridge is a busy border crossing between Canada and the United States. At its peak, the value of this privately owned bridge was between $1.5 and $3 billion. In addition to owning the bridge, Moroun also controlled multiple shipping companies, including Central Transport International and Universal Truckload Services, Inc.

Sumner Redstone was best known as the majority owner of what today is known as Viacom/CBS. Sumner controlled roughly 80% of Viacom/CBS through the holding company National Amusements. Some of the brands he controlled include MTV, BET, Showtime, Comedy Central and Paramount Pictures.

Rollins Inc. started as Rollins Broadcasting in 1948 by John W. Rollins and his brother O. Wayne Rollins. The company grew to include a television station, radio stations, Western Pest Services, and Orkin, Inc. Randall Rollins was also one of the owners of the oil and gas company RPC Inc. Randall and his brother Gary are one of two family members who are the sole shareholders in Rollins, Inc. He joined the family business in the mid-1950s and grew the broadcasting arm of it for a while before branching out into pest control.

Joseph Safra was the richest banker in the world. Banco Safra is the eighth largest bank in Brazil. He was born in Beirut, Lebanon to a family that had long been in the banking industry. The family wealth was first built via lucrative trade routes between Alexandria, Constantinople, and Aleppo during the early days of the Ottoman Empire. The Safra family moved to Sao Paulo, Brazil in the early 1950s. Joseph moved to the U.S. and launched Republic National Bank of New York. When he returned to Brazil, he launched Banco Safra.

Sheldon Solow risked everything in 1972 to build a 50-floor office building at 9 West 57th Street, which is still a popular and profitable location, due to its sweeping view of Central Park. Thanks to that risk working out, Solow went on to amass an impressive portfolio of residential and commercial properties including the Solow Tower on East 66th Street, Sutton Place North, The Upper East Side, Rivers Bend and One East River Place.

Yu Tai Hing is the massive real estate company founded by Lo Siu-tong in 1996. He took old buildings and redeveloped them. Along the way he amassed an empire of office towers, residences, and retail shops.

Arne Wilhelmsen co-founded Royal Caribbean Cruises in 1969. It is one of the largest cruise companies in the world, with 22 ships visiting 270 destinations in 72 countries.

Park Yeon-cha was the chairman of sneaker manufacturer Taekwang Industrial, which was a big producer of shoes for Nike. He founded the company in 1971. He was sentenced to 30 months in jail for tax evasion and bribery in 2011.