By Brian Warner on September 21, 2017 in Articles › Billionaire News

Liliane Bettencourt was born on October 21, 1922 in Paris, France. She was the only child of Eugene Schueller, the founder of cosmetics giant L'Oreal. Her mother was named Louise Madeleine Berthe. In 1927, Liliane's mother died when Liliane was just five. Liliane subsequently became closely bonded with her father. She went to work at her father's company as an apprentice when she was 15-years old mixing products and labeling bottles.

In 1950, she married Andre Bettencourt, a French politician with pro-Nazi leanings who was deputy chairman of L'Oreal. Bettencourt had been a member of La Cagoule, a violent French fascist group that Liliane's father had funded and supported in the 1930s and that collaborated with the Nazis during World War II. After the war, her husband, like other members of La Cagoule, was given refuge at L'Oréal despite his politically inconvenient past. Andre and Liliane remained married until his death in late 2007. They have one daughter, Francoise, who was born in 1953. In 1957, at the age of 35, Liliane inherited the L'Oreal empire when her father passed away. She held an active seat on the L'Oreal Board of Directors until 1995.

At the end of her life, Liliane owned 185 million shares of L'Oreal, roughly 33% of the company. Liliane also owned 30% of Nestle. She was the largest individual shareholder of both companies. 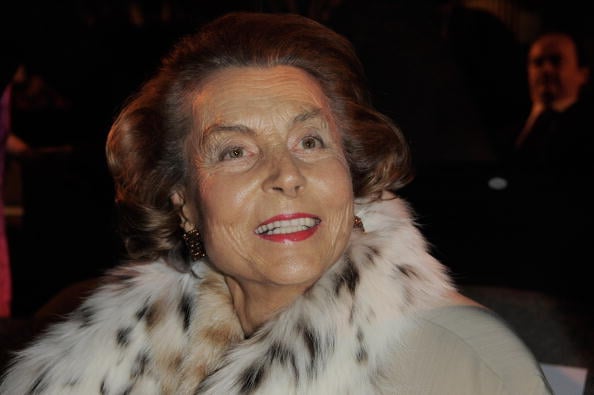 Despite her reclusiveness, Bettencourt was involved in a number of very public scandals in the last decade of her life. In 2008, she became the center of a trial and media frenzy over a lawsuit filed by her daughter Francoise against Liliane's butler, Francois-Marie Banier. Francoise accused Banier of taking advantage of her mother. Banier vehemently denied the charges that he participated in abus de faiblesse – the exploitation of a physical or psychological weakness for personal gain. The lawsuit alleged that over the course of Banier's friendship with Liliane, he compelled the heiress to bestow gifts worth $1.5 billion on him as well as make him the sole heir to her fortune, minus her stake in L'Oreal. They must have been very good friends!

In May 2015, Banier was found guilty. He was sentenced to serve three years in prison and repay Liliane $172 million.

Sadly, the lawsuit put Liliane and her daughter at odds, and caused them to cease speaking to each other. In 2011, after a three-year legal battle, Liliane's fortune was placed under the guardianship of her daughter after it was determined that Liliane suffered from dementia.

Liliane was also one of the most high-profile investors (victims) in Bernie Madoff's Ponzi scheme. The heiress reportedly had around $30 million invested with Madoff, a pittance to someone worth tens of billions, but painful no less.