By Amy Lamare on October 14, 2016 in Articles › Billionaire News

King Bhumibol Adulyadej, beloved King of Thailand and the former longest-reigning monarch in the world, just died. At 88 years old, the king had been in poor health over the past few years and had not made many public appearances. Still, this comes as a shock to the people of Thailand. The King had ruled Thailand for 70 years. He was the only King most of the country had ever known. Many residents of Thailand considered their King to be god-like.

Now you may be wondering why he was so beloved. Perhaps you remember hearing about the coups in Thailand and how they are still living in times of great political turmoil. In fact, the country remains under military rule following a rather violent coup in 2014.

King Bhumibol was born in Cambridge, Massachusetts in 1927. He became King in June 1946 when his older brother King Ananda Mahidol died. Thailand's monarchy is a constitutional one and holds no actual true political power. However, the Thai people often relied on King Bhumibol to intervene when their country was in strife – and by all accounts, the King may have even been involved in some of those coups and drama in order to give his largely impotent throne more power. 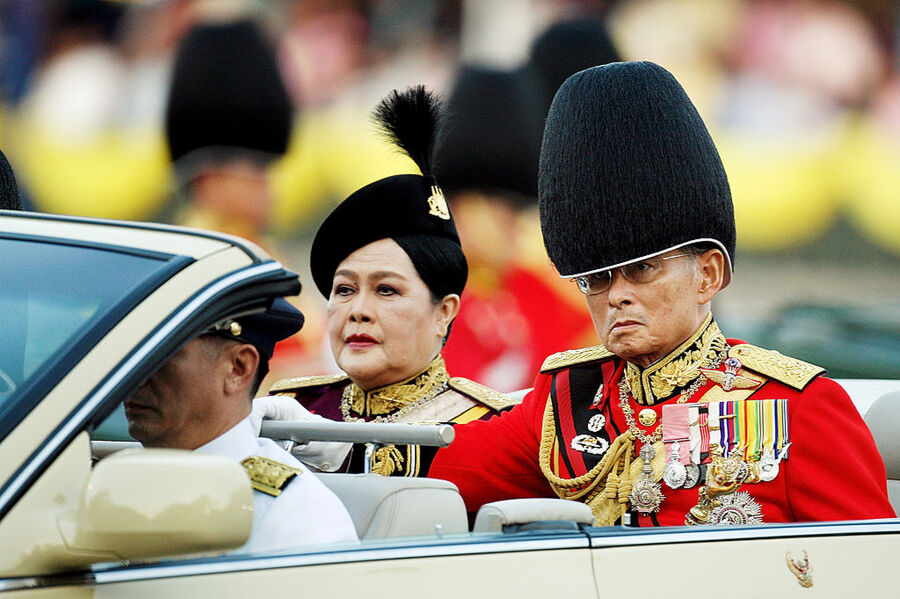 Basically, the King was still in school in 1946 when he ascended to the throne. He actually began his rule in 1950. When he began his reign, the position of king was largely a figurehead, but through several strategic alliances (and yet another coup), he secured more power.  He also traveled regularly amongst the people of Thailand and attended ceremonies.  He also reinstated older traditions, such as crawling before royalty during important ceremonies. Over the years, loyalties changed, generals in the Thai military came and went, and there was a constant battle for power. King Bhumibol found himself facing a steady stream of military coups over the decades of his reign.

Though King Bhumibol made alliances and jockeyed for power over the years, he was not, as we said, the man who made the day-to-day political decisions about his country. That task actually falls to the Prime Minister. Now that isn't to say that Bhumibol didn't have any power, he did, but only if he chose to use it. And boy, did he ever choose to use it!

King of Thailand Net Worth:

According to Thailand's constitution, the King has the power to veto legislation, pardon criminals, and appoint just about anyone he wants to positions anywhere he wants.  He's also got that $30 billion net worth. By law, he is the only person who can view the CPB Annual Report. More importantly, he is the only person who can make final decisions regarding the funds contained in the Crown Property Bureau. The CPB's assets include 3,320 acres of land in Bangkok; 13,200 acres of land in the countryside; $13 billion worth of stock in Siam Cement; 23% of Thailand's largest bank, Siam Commercial Bank; and interests in multiple development firms and insurance companies as well as the Shin Corporation – a conglomerate of telecommunication, media, aviation, advertising, and finance companies. The Bureau also serves as the landlord to roughly 36,000 rental properties around Thailand. Oh, and by the way, since it's the crown's money, none of that $30 billion is taxed.

King Bhumibol Adulyadej was the richest royal person in the world.

His 64-year-old son, Crown Prince Maha Vajiralongkorn will be the new monarch. Thailand will undergo a year long period of mourning for their beloved King.

Following the death of King Bhumibol, Queen Elizabeth II is the world's longest reigning monarch. She has sat on the throne of England for 64 years.