The world has changed ENORMOUSLY since 1987. Smartphones, the internet, electric cars, Amazon, Google, Facebook, Netflix… Sure, cell phones were around, but they were more likely to weigh five pounds and not fit in the pocket of your jeans. Laptops were in their infancy and did not yet have hard drives. Streaming movies and entertainment did not exist. Mark Zuckerberg was three years old in 1987. Jeff Bezos was a recent graduate of Princeton University. The richest person in the world back in 1987 wasn't Bill Gates, although that was the year the Microsoft co-founder became a billionaire for the first time.

There have been literal revolutions in technology, fashion, music, politics, and culture since 1987. There hasn't, however, been a ton of change in who is the richest person in the world. Since 1987, 33 years ago, there have been just six men who have been, at one point or another, the richest person in the world. Six. For perspective, the Chicago Bears have had 32 different starting quarterbacks in that same amount of time.

You'll know some of the six names: Bill Gates, Jeff Bezos, etc. But who are the others? How'd they earn enough money to be richer than any other human on the planet, even if just briefly? 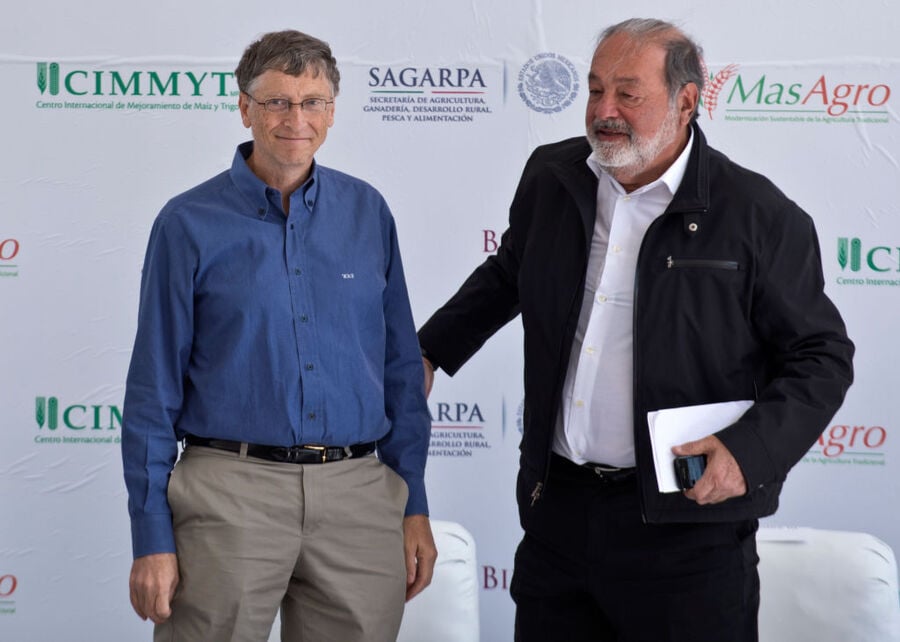 Yoshiaki Tsutsumi took over the company his father, Yasujiro Tsutsumi, founded and expanded it into real estate, railways, hotels, and resorts. At one point, Yoshiaki's Seibu Corporation owned 1/6 of the land in Japan. At its height, Yoshiaki's Seibu Railway Group owned a transport network, a baseball team, more than 80 hotels, 52 golf courses, and dozens of ski resorts in Japan and across the globe. In many cities in Japan, it was quite possible to board a Seibu train to a Seibu shopping center, hotel, or resort without ever setting foot on another company's property. The media called it the Seibu Kingdom.

From 1987 to 1990, Yoshiaki's empire was on top of the world. The Seibu Group was so powerful that local authorities were scared of it. In one Japanese town, Seibu employed a quarter of all employees. Seibu also drove those employees to polling booths to support the firm's preferred candidates during elections. In 1987, Yoshiaki had a net worth of $20 billion. That's the same as around $45 billion in today's dollars. In 1988 he had $18.9 billion, in 1989 $15 billion, and in 1990, $16 billion. 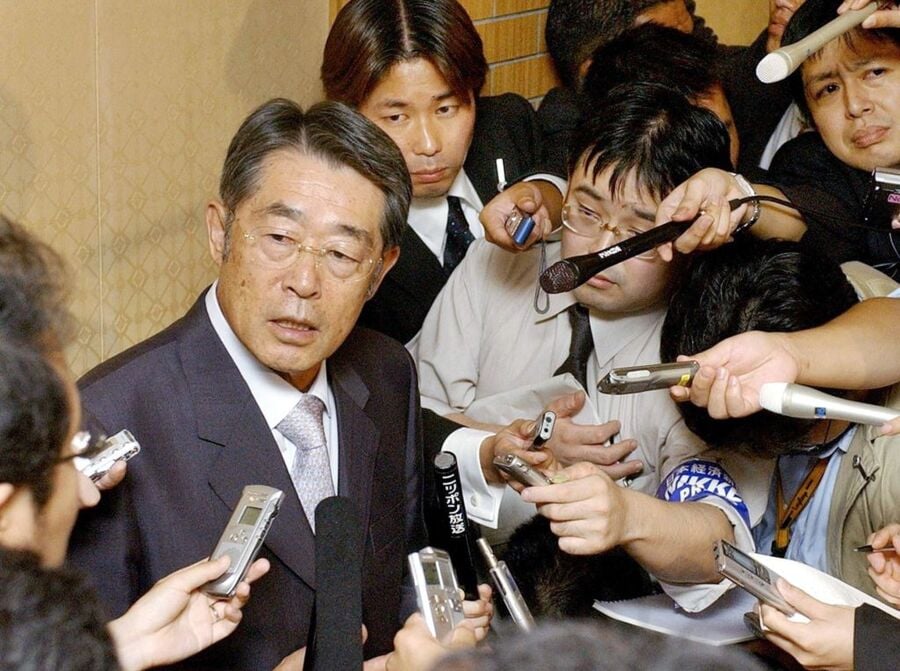 Taikichiro Mori was the founder of the Mori Building Company. Long before he decided to get into the real estate business, he was a professor. Mori graduated from the Tokyo College of Commerce (now Hitotsubashi University) in 1928. He became a professor of economics at Kyoto Sericulture Technical High School (now Kyoto Institute of Technology) in 1932. In 1946 he went to work for Yokohama City University, where, from 1954 to 1959 he was the Dean of the Faculty of Commerce. It was while he was working for Yokohama City University that he founded the Mori Building Company. During the time that Mori reigned as the richest man in the world, his net worth was double Bill Gates' and $3 billion more than the second-richest man, Yoshiaki Tsutsumi.

Yoshiaki Tsutsumi became the richest man in the world once again, when Taikichiro Mori died in 1993 of heart failure at 88. At the time, Yoshiaki had a net worth of $9 billion. Yoshiaki is credited with single-handedly bringing the Winter Olympics back to Asia at Nagano in 1998, using a mixture of money and charm with a whiff of scandal and corruption. Tsutsumi also got into sports, building a stadium in Tokyo for his professional baseball team, the Seibu Lions. In 1994, Tsutsumi had a net worth of $8.5 billion.

Bill Gates became the richest person in the world for the first time in 1995, with a net worth of $12.9 billion. After adjusting for inflation, that's the same as around $22 billion in today's dollars.

It's fitting, in a way, that 2008, the year that the global financial crisis took hold, was a good one for frugal Buffett. Also easing his way to the top spot was the fact that 2008 was the year that Gates stepped down as Chairman of Microsoft to devote himself to the Bill & Melinda Gates Foundation.

As of 2020 Warren Buffet's net worth is $72 billion, which is only enough to make him the third-richest person in the world.

Over the next 12 months, Buffett saw shares of Berkshire Hathaway drop nearly 50% in 12 months and wiped out $25 billion of his net worth. That paved the way for Gates to once again assume the title of the richest man in the world, with a net worth of $40 billion.

This period in time was remarkable, in the fact that for the third year in a row, there was a new richest man in the world. This time it was the richest man in Mexico, Carlos Slim Helu, who booted Bill Gates out of the top spot. Slim holds a 57% stake in the mobile phone giant America Movil. He also holds large stakes in the banking and insurance company Grupo Financiero Inbursa and holding company Grupo Carso, and other stakes in companies including Minera Frisco and the New York Times. Even though he has transferred stakes to his six children. Slim Helu reigned as the richest man for four years, with a net worth in 2011 of $74 billion, $69 billion in 2012, and $73 billion in 2013.

As of 2020 Carlis Slim Helu's net worth is $48 billion which, incredibly, makes him "just" the 18th richest person in the world.

In 2014, Bill Gates grabbed the top spot once again and held onto it for four years, holding off the rise of Jeff Bezos' fortune as well as Bernard Arnault, Warren Buffett, and Carlos Slim Helu. He stepped completely away from Microsoft in 2014 and assumed a new role as Technology Advisor to support the newly appointed CEO Satya Nadella. His 2015 net worth was $79.2 billion, $75 billion in 2016, and $86 billion in 2017.

A new world order in many ways happened in 2018 when Bezos and Gates both crossed the threshold of $100 billion in total net worth. That was also the first full year Jeff was the richest person on the planet. He topped Bill for the first time in July 2017, then lost the crown… the re-gained it.

Bezos's 2019 net worth was, at one point, $170 billion, which is difficult to even fathom. Then he got divorced and parted with a roughly $40 billion chunk of Amazon stock in his settlement with ex-wife, MacKenzie Bezos.

These days, Bezos is out and about with former reporter Lauren Sanchez, living in their new $160 million Beverly Hills mansion. 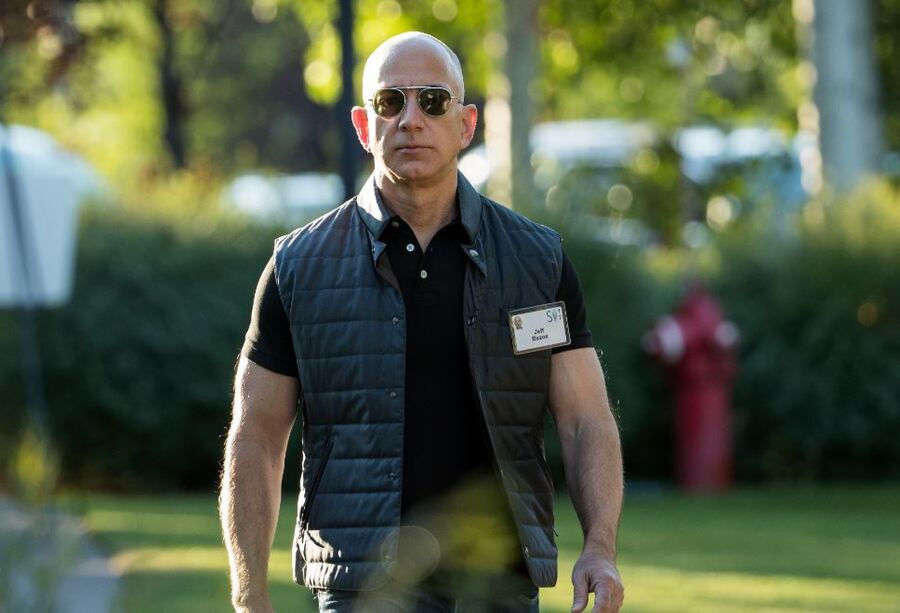 From 1987 to 1994, two Japanese business tycoons traded places atop the list of the world's richest. Thanks to the soaring success of Microsoft Windows, Bill Gates snatched the crown first in 1995. He held on to the title of richest person in the world through 2007. Warren Buffett had a brief one-year run in 2008, followed by another year with Gates. Mexican billionaire Carlos Slim Helu took over from 2010 through 2013. Gates held the top spot from 2014 to 2017.

Jeff Bezos has been the richest person in the world since 2018.