The 10 Richest Black Billionaires In The World Right Now

We love our lists of rich people here at Celebrity Net Worth. It's fun to see how we stack up against the richest authors, for example. Spoiler: we don't stack up, not at all, not even a little bit. This time, we are looking at not just the richest African American people, but also the richest black people from all over the world. We all know Oprah and Robert Smith have billions, but what about people of African descent in other countries? Turns out, Oprah and Smith are relatively poor compared to the wealthiest black people in the world. There are 10 black billionaires in the world today. Three of the 10 are women, two of those women are entirely self-made. Let's take a look at the 10 black billionaires in the world right now.

Mohammed Ibrahim is a self-made billionaire from the Sudan. He currently lives in the U.K. and is one of the wealthiest people there. Ibrahim became a billionaire in 2005 when he sold Celtel International, his telecommunications company. These days he is focused on improving the lives of the people of Africa through his charitable foundation.

Michael Jordan is not only one of the most successful athletes of all time, he's also one of the most well-known people in the world. Jordan made $90 million playing in the NBA. Since retiring he's made another fortune through endorsement deals and other partnerships. He has a long standing deal with Nike, for instance. Jordan is also one of the owners of the Charlotte Hornets basketball team. These days he makes more in one year through his various ventures than he did during his entire professional basketball career. 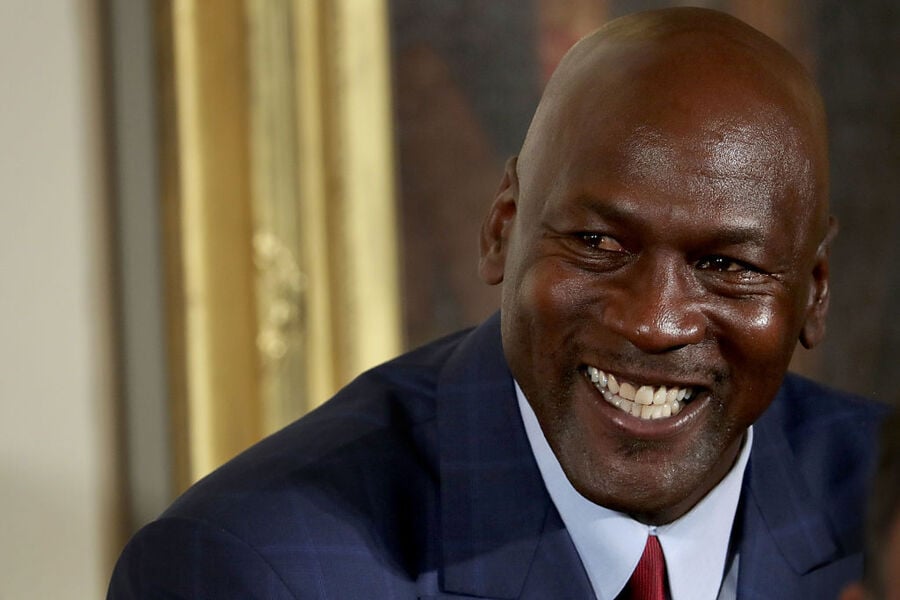 Robert F. Smith is the  founder of the private equity firm, Vista Equity Partners. Vista deals in the not-so-sexy category of enterprise software, which might be why he's flown largely under the radar. In 2000, Smith launched Vista Equity Partners and in the 16 years since then, Vista has grown to nearly $16 billion in assets and generated insane returns for its investors. Vista has delivered a whopping 31 percent average annual rate of return to its investors since 2000. Smith joined the Giving Pledge earlier this year.

Patrice Motsepe is a South African mining magnate who owns African Rainbow Minerals. He was actually Africa's first billionaire. He is also first African to sign Bill Gates' Giving Pledge. In 1999, Motsepe and his wife founded the Motsepe Foundation to help create new jobs, support education, and improve the lives of children, the unemployed, and the disabled.

Oprah Winfrey only African-American woman to make the billionaire list. She famously overcame a poverty stricken childhood to become the Queen of all Media. The Oprah Winfrey show ran for 25 seasons. More than just wealthy, Oprah is also beloved by millions of fans.

In the 1980's Sheikh Mohammed Al Amoudi made very wise investments in the oil and mining industries in his home country of Ethiopia as well as in Sweden and Morocco. He expanded his portfolio of companies into finance, hotels, hospitals and more. Mohammed employs over 40,000 people through his two primary corporations, Corral Petroleum Holdings and Mohammed International Development Research and Organization Companies (MIDROC). MIDROC is the largest gold mining operation in Ethiopia, producing four tons of gold each year. Corral Petroleum Holdings controls over 70% of Ethiopia's oil output. Al-Amoudi is the largest foreign investor in Morocco and Sweden. More recently he has launched a new endeavor to build the first car factory in Saudi Arabia.