Richard DeVos – Billionaire Co-Founder Of Amway, Owner Of The Orlando Magic (And Father-In-Law Of Betsy DeVos) – Has Died At The Age Of 92

By Brian Warner on September 6, 2018 in Articles › Billionaire News

Richard DeVos, the multi-billionaire co-founder of Amway and owner of the Orlando Magic, has died at the age of 92. DeVos, a major philanthropist and supporter of conservative causes, is the father-in-law of current Secretary of Education Betsy DeVos. At one point in his life, Richard was the 10th richest American in the world. At the time of his death, his personal net worth was $6 billion and he was one of the 200 richest people on the planet.

Richard Marvin DeVos was born on March 4, 1926 in Grand Rapids, Michigan. He attended Calvin College and then joined the military during World War II as a member of the US Army Air Corps.

Upon returning from the war, Richard and a childhood friend named Jay Van Andel set out to start a business together. The first business was a hamburger stand. They then ran a sailing business and a air charter service. None of their early ventures produced much success.

In 1949, they signed up to be distributors of a nutritional supplement company called Nutrilite. This is how the duo was introduced to the world of multi-level-marketing businesses. Over the next decade they built a very successful 5000-person Nutrilite distribution chain.

In 1959, they were concerned about Nutrilite's financial future so they, along with a few of their top distributors, launched their own multi-level-marketing business. Jay and Richard named the business Amway which was an abbreviation for "American Way Association". Their first product was an organic house cleaner called Frisk. They bought the rights to the product and distributed it through their sales channels.

In 1950, they bought a manufacturing company in Detroit which allowed the company to make its own products. This was a key innovation and caused profit margins to explode.

Amway experienced incredible growth over the next 20 years. In 1972 they actually bought their old company Nutrilite. And between the 1970s and the 1990s, the company aggressively expanded overseas in markets like Australia, the middle-East, Latin America, Asia and Africa.

Today Amway generates around $8.5 billion in annual revenue and is still privately owned. It is one of the largest privately-owned companies in the United States. 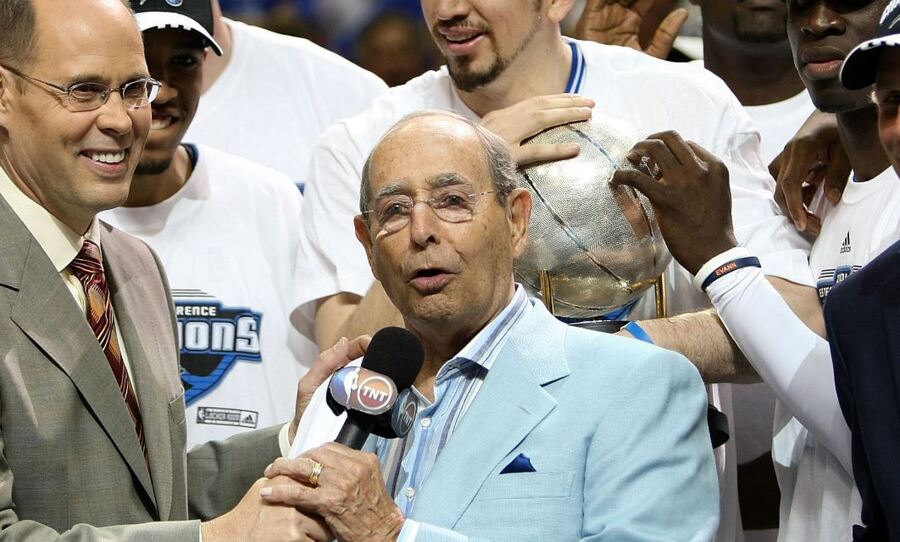 Amway's success made Richard an enormous amount of money. He was worth $6 billion at the time of his death today.

In 1991 he spent $85 million to win the rights to bring an NBA franchise to Orlando, Florida. Today the Orlando Magic are worth $1.225 billion.

Richard and his wife Helen were married from 1953 until her death in 2017. They had four children together. Richard Jr., who goes by Dick, is married to the current Secretary of Education Betsy DeVos. And before you go assuming that Betsy married Dick for his money, you should know that she comes from an extremely wealthy family herself. In 1976, Betsy's father Edgar patented a simple, yet innovative, sun visor with a built-in mirror for vehicles. That simple patent paid the DeVos family a royalty every time a car that featured one was sold. At their peak in the mid 1990s, The Prince Company manufactured 20,000 sun visors every day. In 1996, the family sold the business to Johnson Controls for $1.3 billion in cash. Betsy's brother Erik Prince is the billionaire founder of private military firm Blackwater, also known as Academi and Xe.

Richard DeVos and his wife Helen were devout Christians who supported a number of charities, both secular and non-secular. Their most notable contribution would probably be the Helen DeVos Children's Hospital in Grand Rapids, but the DeVos name adorns many many many institutions in Michigan.

He also somehow found time to author five books. What a guy!