Richard Branson Says He Intends To Go To Space By July

By Joseph Gibson on February 13, 2019 in Articles › Billionaire News

This July 20th, America and humanity in general will celebrate the 50th anniversary of the Apollo moon landing. One human in particular has some pretty ambitious plans to mark that occasion, and who could that be but Virgin billionaire Richard Branson? Branson recently spoke at an event in Washington, DC, where he reportedly laid out his plans in a deceptively simple fashion:

"My wish is to go up on the 50th anniversary of the moon landing, that's what we're working on."

The event was at Washington's famous Air and Space Museum, appropriately enough, to honor Branson's Virgin Galactic space travel company. Naturally, it's on one of Virgin Galactic's own rockets that Branson plans to take this trip: SpaceShipTwo, a rocket ship that, as its name suggests, requires two pilots to operate.

Followers of the ongoing "Billionaire Space Race" probably realize that this isn't the first time Branson has set an ambitious timetable for himself, and in the past these deadlines have always gone by without the space trip being successfully completed. But Branson says this time is different, and that the preparations for the spaceflight in just a few short months have neared their final necessary stages:

"By July we should have done enough testing… I need to wait for our team to say they're 100% happy. I don't want to push them." 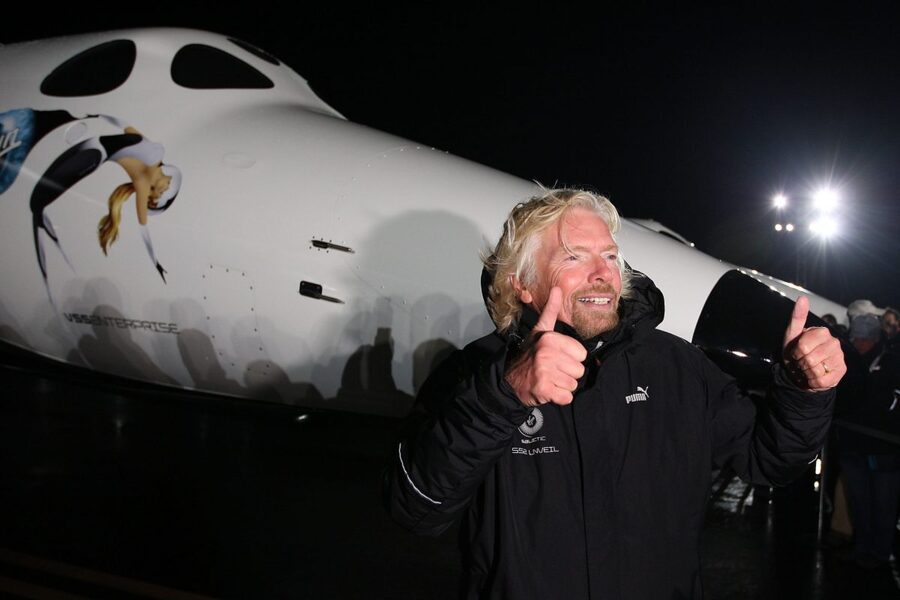 Despite that, Branson reportedly told AFP that he expects Virgin Galactic to be ready to take clients other than himself into space by the end of 2019.

It's all part of a heavy investment by Branson to be one of the first private citizens to travel into space. He says that the company costs him some $35 million every month, and in an earlier interview he claimed to have invested a total of one billion dollars in his spaceflight ambitions since the project began in the early 2000s.

Weather permitting, the next SpaceShipTwo test flight is supposed to happen on February 20th.