Richard Branson Is One Of The Richest People In The World, But Hates Garish Displays Of Wealth

By Amy Lamare on October 18, 2018 in Articles › Billionaire News

If you're Richard Branson, you have to be pretty happy about where you're at in life, right? He has a $5.1 billion fortune, owns a pretty kick-ass private island, an airline, a space exploration company, and he hob nobs with everyone from the Dalai Lama to Eddie Vedder. He dropped out of school at 16, and a few years later, started selling records by mail order. He earned his first million by the age of 23. They say it's good to be King, but I think they got that wrong. It is good to be Richard Branson. That man has made it, by all conceivable measurements. His Virgin Group brings in more than $21 billion a year in global revenue. However, it turns out that Branson is not all that comfortable with lavish displays of wealth—and largely tries to avoid them.

Sure, Branson has, on occasion, spent money indulgently, but as a rule, only to make money in return. Branson considers himself to be pretty frugal and has chosen not to own objects of pure luxury. He's also a major philanthropist and member of the Giving Pledge. Let's take a look at how the daredevil billionaire spends his fortune.

A high school teacher famously told Branson that he'd either be a multi millionaire or end up in jail.

He launched Virgin Records in 1972. The Virgin Group conglomerate grew out of this. 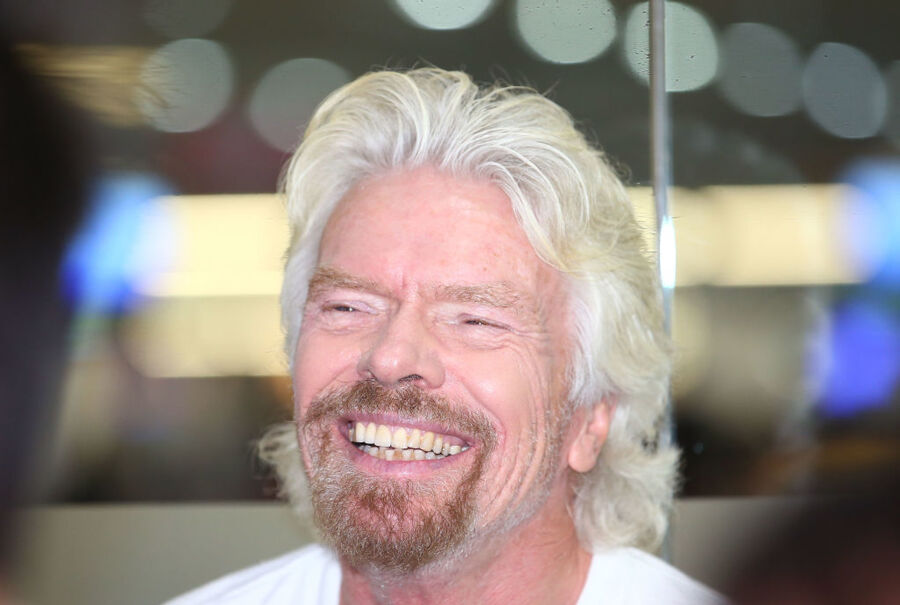 Branson grew up in middle class, which has helped him remain frugal even as he amassed his multi-billion dollar fortune. Back in 2002, during an interview with The Guardian, Branson said:

"The idea of having a possession that is there just as pure luxury and is not actually paying its bills is something which I'd be embarrassed about."

That said, Branson has made a number of splashy purchases, but they are usually more of an investment than an indulgence. For example, Branson bought his private Necker Island in 1978 for $180,000. In 1983, he spent $10 million building the resort on the island that doubles as his home. In 2006, the value of the island was $60 million. That's a 33,233% increase in 28 years. Branson has called this the best financial move of his life.

Necker Island isn't Branson's only luxury real estate holdings. He also owns Son Bunyola in northwest Mallorca, which is an estate with three villas for guests. He also owns a ski resort in the Swiss Alps called The Lodge. Rooms start at $945 per night. If you want to book the whole lodge for a week in winter, that will run you $89,916. Branson also owns properties in Cape Town, South Africa and Morocco.

Branson owns Mahali Mzuri, a safari camp in the Maasai Nara National Reserve in Kenya. The tented camp has a 40-foot infinity pool. Tents are $590 a night. He has a fourth property in Africa, Ulusaba, which is in the Sabi Sand Game Reserve.

Before he moved to Necker Island, he owned homes in London. It isn't known how much he paid for his Oxfordshire mansion, but he sold it to his kids for $1.78 million. He also had a home in London's Holland Park that he bought for $3.3 million and listed much later for $23.12 million.

Another thing you won't find in Branson's homes and properties—expensive artwork. He prefers to buy art he likes—usually watercolors—at reasonable prices.

Branson owns a refurbished houseboat in London. He bought it for $2,600. It can be rented for about $1,000 a week. He has said that he never plans to sell it.

Branson does own a private plane. His Falcon 50EX cost $21 million new. He also drives a Range Rover, but it is gifted to him each year from the manufacturer.

As mentioned Branson is also a big philanthropist. He is a member of the Giving Pledge and has vowed to give away more than half of his fortune in his lifetime. He spends 80% of his time working with Virgin Unite, the charitable arm of the Virgin Group. He has pledged $3 billion over 10 years to develop low carbon fuel and stop or slow climate change.

But Branson's biggest luxury is one many of us can attain—being your own boss.

"If we're talking about personal luxuries — and the luxury of being your own boss — the biggest reward is the amount of time one can find for family and friends."