If you're Richard Branson, you have to be pretty smug about where you're at in life, right? He has a $5.1 billion fortune, owns a pretty kick-ass private island, an airline, a space exploration company, and he hob knobs with everyone from the Dalai Lama to Eddie Vedder. He dropped out of school at 16, and a few years later, started selling records by mail order. He earned his first million by the age of 23. They say it's good to be King, but I think they got that wrong. It is good to be Richard Branson. That man has made it, by all conceivable measurements of entrepreneurial success.

However, if you ask Richard Branson, who, by the way, is knighted, so that's Sir Richard Branson to you, he would say that he's never really felt like he has truly "made it." 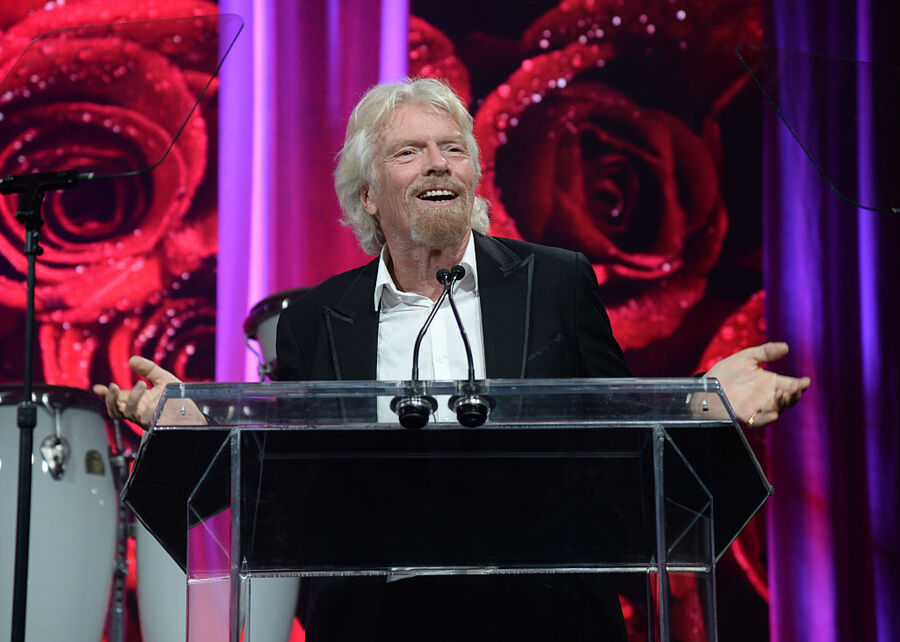 What? How can that be?! In a recent post on LinkedIn, Branson wrote:

"I know I'm fortunate to live an extraordinary life — I've been knighted, met the most extraordinary people and attended the most amazing events, but there's never been a point in my career in which I've felt I've made it."

Spoken like a true entrepreneur. Also, never feeling like he's made it has constantly spurred Branson on to bigger and better challenges and opportunities. He's never sat back and said "Well, that's it. I've got $5 billion in the bank and my own private Caribbean island. I think that's good enough for one lifetime."

There are multiple studies out there that have proven that the highest achievers in the world never get complacent. Those people are constantly pushing themselves, pushing the boundaries of their comfort zones, and looking for new ways to innovate. Clearly Richard Branson is one of these people.

The way I see it, life is all about striving and growing," Branson said. "I never want to have made it; I want to continue making it!"

If Richard Branson doesn't measure his life by his success, then what does he consider important?

"Happiness isn't just how I measure my success; it's also the key to it. Most people would assume my business success, and the wealth that comes with it, have brought me happiness. But I know I am successful, wealthy and connected because I am happy. I wholeheartedly believe that happiness should be everyone's goal."

Humph. He is not wrong. It seems like we could all learn a lesson from him.