The Redstones And Manuela Herzer Are Still Feuding

By Amy Lamare on October 30, 2017 in Articles › Billionaire News

It has been nearly two years since Sumner Redstone's ex companion and caretaker Manuela Herzer brought the first lawsuit against the Redstone family. She's still at it. Just recently she filed a $100 million lawsuit against Shari Redstone and her son Tyler Korff. Her angle? She is claiming RICO violations.

The RICO act, or Racketeer Influenced and Corrupt Organizations Act, is a U.S. federal law that prosecutes acts performed as part of a criminal organization. The RICO Act focuses specifically on racketeering, and it allows the leaders of a syndicate to be tried for the crimes which they ordered others to do or assisted them in doing. The RICO Act closed a loophole that allowed a person who instructed someone else to, for example, murder, to be exempt from the trial because they did not actually commit the crime personally. The RICO act is used primarily in Mafia trials. 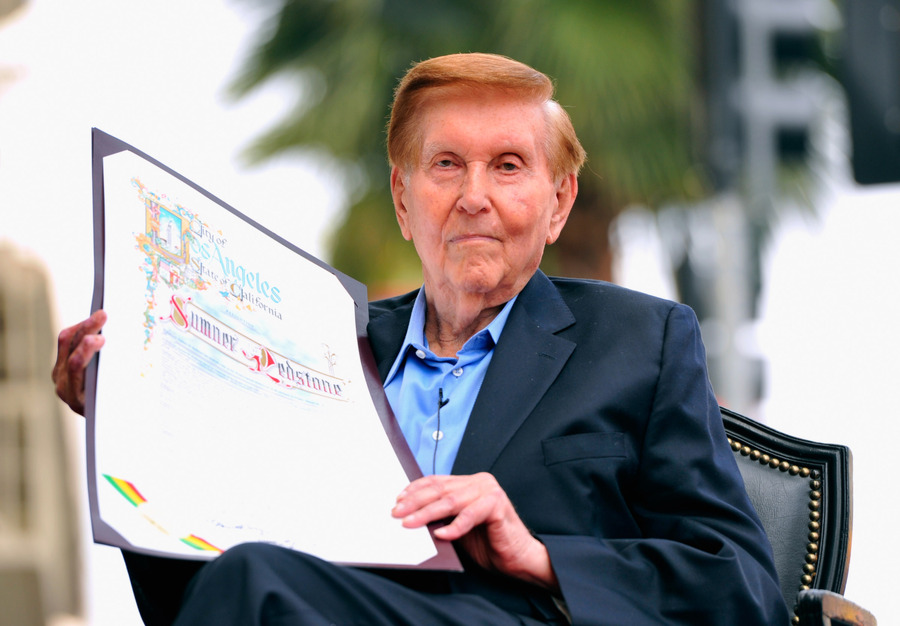 So what does this have to do with Shari Redstone and her son?

The 38 page complaint filed in federal court in California reads:

"The acts of Defendants Shari Redstone and Tyler Korff constitute an illegal pattern of racketeering in violation of the Racketeer Influenced and Corrupt Organizations Act ("RICO"), predicated on unlawful acts of bribery, mail fraud, and wire fraud. In addition, Defendants' conduct is a violation of the Computer Fraud and Abuse Act ("CFAA"), and the Electronic Communications Privacy Act ("ECPA"), and also constitutes other torts and violations of state law."

Herzer is seeking compensatory damages of "no less than $100 million, as well as treble damaged as provided for under RICO."

Herzer is also seeking punitive damages for the "malicious and despicable nature" of Redstone and Korff's behavior. Additionally, she is seeking attorney's fees.

Basically, Manuela, as the woman scorned is portraying Shari Redstone as member of the Mafia looking to wrest control away from the boss by any means necessary. The boss in this equation is, of course, the ailing and incapacitated 94-year-old Viacom mogul Sumner Redstone. The pawns in this drama are the security cameras and nursing staff. The person standing in Shari's way and protecting Sumner is Manuela.

Herzer's lawsuit accuses Shari of coming up with a criminal scheme to gain control over her father's life and use that as traction to take over Viacom and CBS. The suit alleges that in order to accomplish her plan, she had to separate Sumner from the people he loved and trusted, including Manuela.

This is the third lawsuit Herzer has brought against the Redstone family.  She is also trying to invalidate the $150 million elder abuse lawsuit Sumner Redstone filed against her and his other ex Sydney Holland in October 2016.

The fact is that Shari Redstone did force longtime Viacom Chairman and CEO Philippe Dauman out and installed herself in a high ranking position in her father's company. Her position brought even more shakeups among executives at CBS and Viacom.

This messy extended family drama will likely continue to play out in the legal system until Herzer gets her way or gets someone to admit that Sumner really did care about her.