Vorayuth Yoovidhya is heir to the Red Bull fortune, through his grandfather Chaleo Yoovidhya, who co-founded Red Bull with Dietrich Mateschitz in the 1980s. Chaleo died in 2012, and left his family $22 billion and control of more than 50% of the energy drink empire.

The police are looking for Vorayuth, who reportedly fled Thailand for Singapore via his private jet just days before a warrant for his arrest was issued over a fatal hit-and-run accident Vorayuth was involved in during 2012. I guess you could say, Red Bull gave him wings.

Vorayuth has been evading prosecutors for years. Authorities finally issues an arrest warrant for the 32-year-old after he failed to meet with prosecutors. In March 2012, Vorayuth mowed down and killed a policeman with his Ferrari in Bangkok then fled the scene. 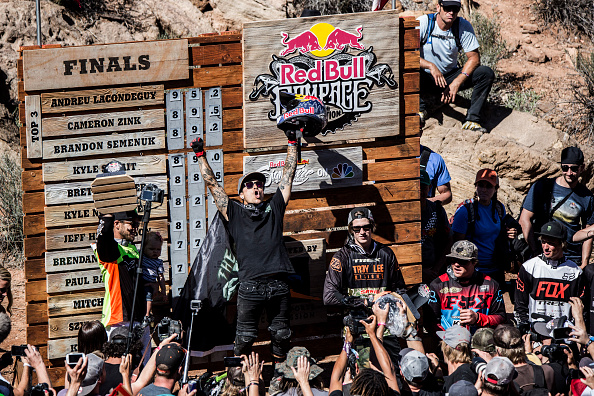 Now police are left holding a warrant for his arrest while he conveniently slipped out of the country just days before that warrant was issued. Singapore has no official extradition agreement with Thailand, however there are other means by which Interpol can arrange to apprehend him there. Thai authorities are attempting to have his passport revoked – effectively clipping the billionaire's wings.

Over the course of the five years since the hit-and-run, several charges have expired. Meanwhile Vorayuth has continued to lead a jet-setting lifestyle. He and his family recently took a $1,000 a night vacation to Laos and his social media feeds are filled with pics of him attending Grand Prix races, snowboarding in Japan, and visiting beaches in Southeast Asia.

Meanwhile, Vorayuth has been telling prosecutors that he is either sick or out of the country on business when they have attempted to bring him in the face the charges against him.

Vorayuth faces up to 10 years in prison. If he wants to continue to evade authorities, he will have to do so for another 10 years. The charges are valid until 2027. That made be hard to do if Thai authorities rescind his passport.