By Amy Lamare on September 28, 2020 in Articles › Billionaire News

For those who have been living under a rock for the last few years, Korean Pop music is absolutely enormous. And the most enormous of the hundreds of K-Pop groups on the planet is BTS. BTS is a group of young men who were assembled into a band back around 2012 through a studio audition process. Today they are basically the biggest thing in music. They are the modern day Beatles or Backstreet Boys, drawing tons of screaming young girls wherever they go. They debuted in December 2012 with a rap cover of Wham's 1986 hit "Last Christmas." Since then, they've gone on to completely change the image of boy bands in South Korea and become the biggest breakout success that country has ever seen.

More recently, the band released "Dynamite," the first English song from BTS and its studio – Big Hit Entertainment Co. The song is blowing up the charts in the U.S. and other countries. BTS is the brainchild of a man named Bang Si-hyuk, who set out to build a different kind of studio from the standard "idol factories" that had dominated the K-Pop landscape since the genre started in 1992.

In 2005, Bang, a successful song writer, formed his own studio, Big Hit Entertainment. He began to assemble a group of teenagers in 2010. Needless to say, his plan worked. BTS's 2013 debut album "2 Cool 4 Skool" was an enormous hit.

Fast forward to the present and Big Hit Entertainment is now a publicly traded company. The company had its Initial Public Offering early Monday morning. The IPO accomplished several feats: 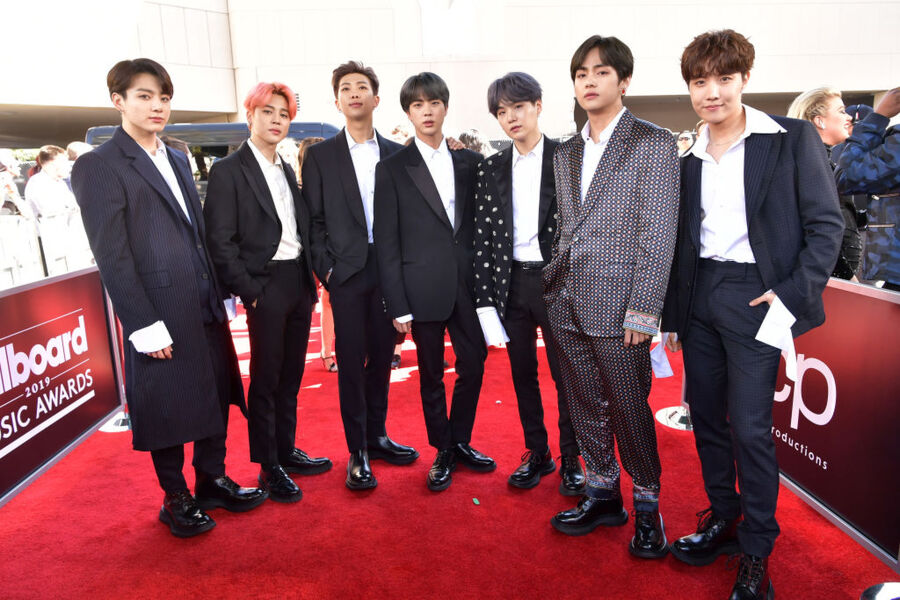 The IPO has made Bang Si-hyuk, also known as "Hitman," a billionaire. Bang owns 43% of Big Hit.

Bang ended the day a net worth of $1.4 billion.

Remembering the massive success he owed to BTS, Bang gave each member of the group 68,385 shares in the company ahead of its IPO.

It caps off an incredible month for BTS. Their most recent single, "Dynamite" debuted at number one on the Billboard Hot 100 chart when it was released in August. It was the first Asian band to top the charts since Kyu Sakamoto did it with "Sukiyaki" in 1963.

BTS brought in more than 97% of Big Hit's sales in 2019 and nearly 88% in the first six months of 2020, according to the IPO paperwork. The coronavirus pandemic may have canceled their world tour but it hasn't stopped them from being money makers for Big Hit. The band raised tens of millions of dollars through a live streaming concert that saw 756,000 fans from across the globe take part in.

Despite the global downturn in the music and live events industries, Big Hit has seen its revenue fall off by just 8% in the first six months of 2020. The company's prospectus, however, did warn investors that a prolonging of pandemic-related concert cancellations could affect the company's profits.

Can Big Hit keep the profits rolling in? Consider that all male citizens of South Korea between the ages of 18 and 28 must serve two years in the military. A bill working its way through the government would allow pop stars to prolong that until 30. Bang isn't hanging all his hopes on BTS, however. He's developing new talent and we wouldn't put it past him to strike it big a second time! Word on the street says that Big Hit will debut a new girl group in 2021.