For many years, Aldi founder Karl Albrecht was the richest man in Germany. He was also notoriously secretive and press-shy. It turns out he's not the only billionaire German grocer with a taste for privacy. Dieter Schwarz, 80, is the founder of German grocery chain LIDL. Fun fact: When Dieter opened his first LIDL in 1973 it was a direct rip off of the Albrecht brothers' Aldi. The concept worked. Today, Schwarz is a billionaire with a $22 billion net worth and is the 40th richest person in the world. Schwarz joined his father's company Lidl & Schwarz KG"  and opened the company's first discount supermarket, inspired by the Albrecht brothers in 1973.

It directly copied Aldi's concept of offering a limited assortment of products and basic packaging in order to pass the savings along to customers. Products that didn't sell fast were quickly discontinued. Stores were kept as small as possible to keep costs down After his father died in 1977, he took control of the discount chain, which had grown to 33 stores in just four years. LIDL expanded into the UK in 1994 and since that time they have grown consistently.  In 2017, LIDL expanded to the United States. Today, LIDL has more than 10,000 stores in 27 countries making it the fifth-largest retailer in the world. Dieter Schwarz also controls Handelshof and Kaufland, a chain of retail stores, and a hypermarket, respectively. 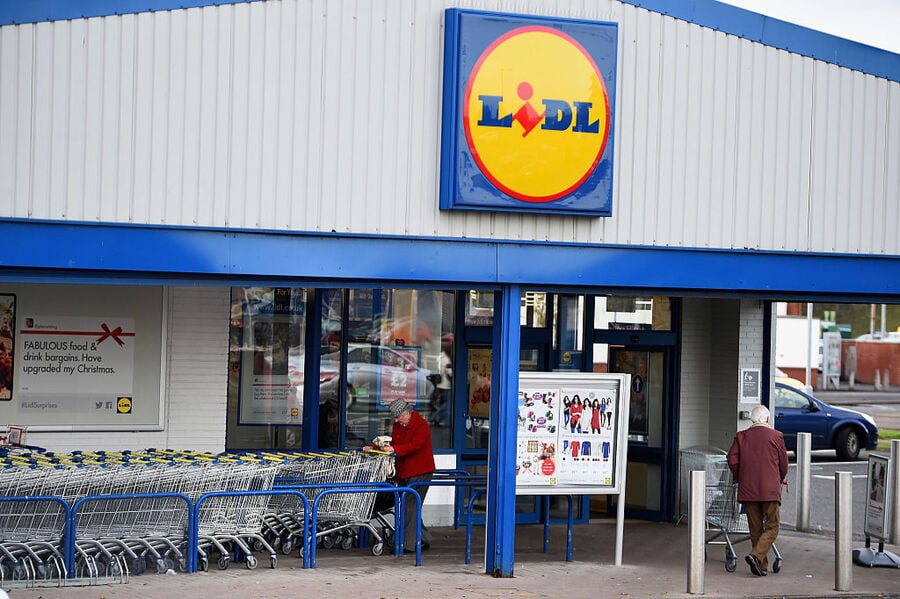 Schwarz was born in 1939 in Heilbronn, Germany. He spent a year in the United States as a teenager during the 1950s. This experience had a profound impact on his life. When the Berlin Wall fell in 1989, he operated pop up LIDL stores out of tents in East Berlin to get a jump on his rival. He had, as you might expect, a bitter rivalry with Aldi's founders, who reportedly called him "little Dieter Schwarz." He one-upped the Albrecht brothers when he hired one of Aldi's key executives away. This gave LIDL the edge to compete with Aldi. Schwarz is also a major philanthropist.

It is Schwarz's infamous insistence on total privacy that fascinates people. It has also proven to be a well from which many conspiracy theories about Schwarz have grown over the years. One discredited claim said that Schwarz likes to tour German churches as a preacher. Another claims his office still looks exactly like it did back in the 1950s. Yet another insists that Schwarz likes working out to Abba's music. While all of this is amusing, it's probably all lies. The truth is a bit more disturbing.

Back in the 1970s, there was a surge of high-profile kidnappings of politicians and business people in Germany. In 1971, Aldi founder Theo Albrecht was kidnapped and held by an attorney with gambling debts for 17 days until a ransom of $2 million was paid (that's about $12.5 million today). It later emerged that Karl had bargained with the kidnapper over the ransom for days. After the kidnapping, Karl and Theo became extremely reclusive, secretive, and private people. In fact,  Karl never gave an interview in his entire life and there are only a handful of pictures of him in existence. In 1976, Richard Oetker, an heir to the Dr. Oetker business of baking powder, cake mixes, frozen pizza, pudding, cake decoration, cornflakes, and various other products was kidnapped, locked in a crate, and tortured with electric shocks. Oetker had lifelong injuries after his kidnapping.

Threats were also made against Schwarz's family, particularly his two young daughters. So he disappeared from public life. There are virtually no photos of him. No interviews. No statements from him. He has kept his entire life private in a way that makes the Mars family's famous reclusiveness look social.