By Amy Lamare on November 5, 2019 in Articles › Billionaire News

The Van der Vorm family is one of the richest and most discreet families – they make the Mars family look like amateurs – in their native Netherlands and in the world. They aren't all that well-known outside of the Netherlands, despite owning companies and brands that are very well-known. Now, they are poised to make up to $4 billion this year from the sale of their eyewear retailer to EssilorLuxottica SA. The money will go into the Hal Trust, a publicly-traded fund that the family controls. They could decide to invest the money, return the cash to shareholders, or simply close the fund and become full-time philanthropists, according to an Amsterdam-based analyst.

This isn't the first time the Van der Vorms have been in this position. Their fortune stems from Holland America Line, a transatlantic shipping firm sold to Carnival in the 1980s for about $600 million. They put that money to work via their investment firm Hal Trust. Hal has returned almost 2,000% since that initial investment and has interests in maritime, timber and aviation with assets of $12.5 billion. The family is worth $11.2 billion. 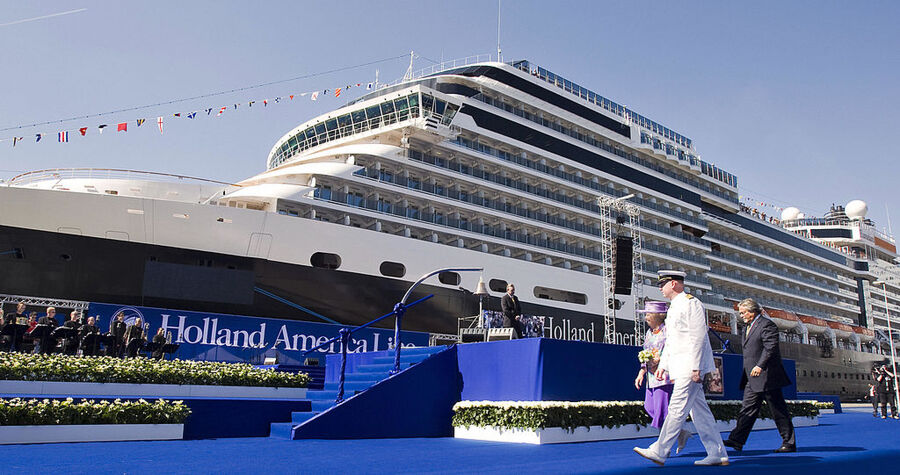 Despite being a publicly traded fund, Hal's inner workings are cloaked in secrecy. Hal's stock includes something called bearer shares, which allow the owners of the stock to keep their identity secret. Family members and executives of Hal Trust are referred to in filings by their initials. The trust's executive chairman until five years ago was Martijn Van der Vorm, 61. He lives in Monaco and prefers sailing to fancy parties. His cousin, Carel Ole, 48, lives in London and runs an agricultural investment firm.

Wealthy Dutch families have good reasons to be secretive and stay out of the limelight. In 1983, a gang kidnapped beer tycoon Freddy Heineken for ransom. Twenty years later, armed men kidnapped Claudia Melchers, the daughter of billionaire businessman Hal Melcher. Another reason to keep their lives under wraps is that the Netherlands is a country that prides itself on egalitarianism.

The family was slightly exposed in the data leak known as The Panama Papers. It revealed that Hal's headquarters are on the Dutch Caribbean island of Curacao. The tax laws there have drawn scrutiny from lawmakers in Europe. However, it was a Dutch newsgroup owned by Hal that was part of breaking the news on the Mossack Fonseca law firm's data leak in the first place.

The Van der Vorm family hasn't always been so reclusive. They were the owners of some of the biggest cruise ships in the world. In 1984, Nico Van der Vorm appeared in an item in the New York Times marking the completion of a new cruise ship. He was asked why he built the cruise ship and he remarked  "The highest form of bliss is living with a certain degree of folly," quoting 16th-century Dutch philosopher Erasmus.

The family is still active in Seattle. Over the past 25 years, they have acquired more than two dozen properties, including one that dates to the Emerald City's founding that they sold in 2018 for $20.5 million.

When it comes to Hal Trust, 68% of the shares are owned by the Van der Vorm family. Hans Melcher, father of the kidnapped Claudia Melcher mentioned earlier, owns 17% of the available Hal Shares. That means only 15% of the shares of the company are actually traded on the Amsterdam stock exchange.

Martijn Van der Vorm managed the trust for 21 years. He resigned in 2014. His successor, Melchert Groot, was with Hal for 25 years and has been a member of the company's board of directors since 2003.