By Amy Lamare on December 28, 2017 in Articles › Billionaire News

Billionaire Richard Branson is many things. He's self-made. He's a space explorer, a former mail order record company honcho, an airline founder, daredevil, an island owner, and he is also pretty relentlessly powerful. His adventurous spirit had led him to success in his business and person lives because he is a big fan of saying yes.

"Even if I have no idea where I'm going or how to get there, I prefer to say yes, instead of no. Opportunity favors the bold," he wrote on his popular blog.

He leaned the lesson of saying yes early in his career and implemented this positive and adventurous risk taking mentality while he was building the Virgin empire. 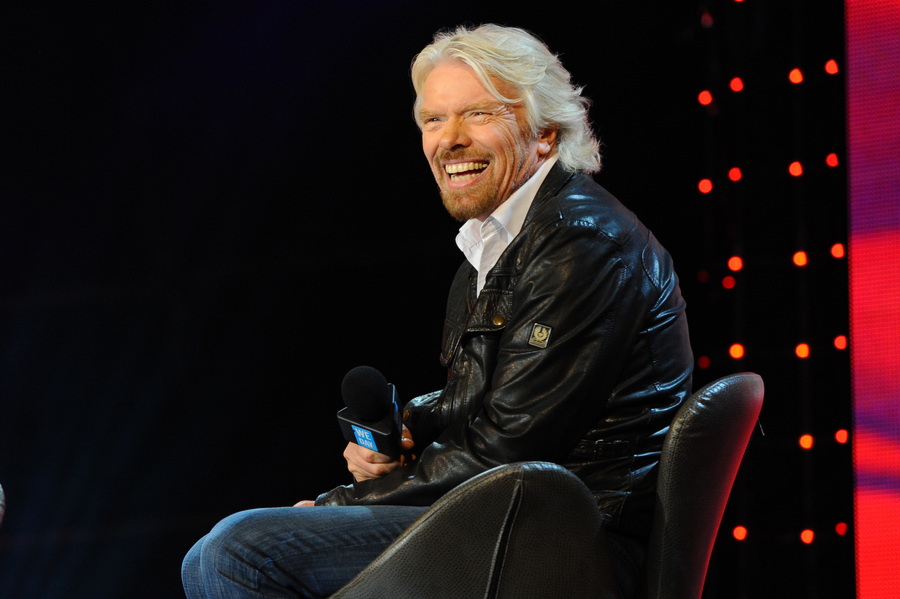 "If somebody offers you an amazing opportunity but you are not sure you can do it, say yes – then learn how to do it later," Branson wrote.

It's not hard to see that Branson lives what he preaches. He is a doer, not a talker. He has never been the kind of person who stands around talking about doing things. He'd much rather just get right out there and get them done.

"This restlessness had seen me land in the right place at the right time and brought me great success," he wrote.

A great example of this is recounted in his autobiography "Finding my Virginity." He took a risk born out of a simple conversation with one of his employees. That risk was starting Virgin Australia Airlines. This all came about when the CFO for Virgin Express, the European arm of his airline business, quit so he could move back to his native Australia with his family. Branson hated to lose such a valuable employee, but he admired him for putting his family first. At the end of the call in which the employee resigned, Branson told him to let him know if there was anything he wanted to do in Australia and they'd work together to see what could come of it.

The Virgin employee outlined his idea for a low cost airline in Australia. Branson immediately knew it was a great idea and asked for a more in depth plan for what would become Virgin Australia. The employee delivered the plan to Branson's door the next day.

Now before we all run off saying yes to all sorts of crazy ideas, Branson warns that saying yes can be a risk, but often, that risk is worth the reward.

"Life is a lot more fun when you say yes! It's amazing how that one little word can lead you on an incredible adventure!"

Now if you'll excuse me, I have to go make a call to Richard Branson. I have an idea he might want to say yes to.