By Joseph Gibson on July 19, 2015 in Articles › Billionaire News

One of the most common factoids you hear about Donald Trump, particularly when another celebrity (like 50 Cent) falls on hard financial times, is that Mr. Trump has declared bankruptcy multiple times. To those of us whose only association with the concept of bankruptcy comes from Wheel of Fortune and Monopoly, this might appear at first to be a strange, if not impossible situation. How can someone, even a billionaire like Donald Trump, run out of money, declare bankruptcy, and then re-accumulate his wealth not just once but three more times?

The answer, contrary to the complex machinations of world finance and bankruptcy filings, is actually pretty simple even for a layman to grasp. The fact of the matter is that Donald Trump has never filed for bankruptcy as an individual. Rather, various corporate holdings owned by The Donald have filed for bankruptcy for over the years. One easy way to make this distinction is to keep your eyes on those chapter numbers: If it's Chapter 11 bankruptcy, then it's a corporate holding that's restructuring its debt, and is allowed to continue business operations in the process. It's like the benign tumor of the financial world – you don't want to have one, but if you have one, this is the one you want to have. One of the upsides of a Chapter 11 bankruptcy filing is that the individual owners of the corporation aren't putting their personal assets in jeopardy, which after all is the whole point of establishing a corporation in the first place. 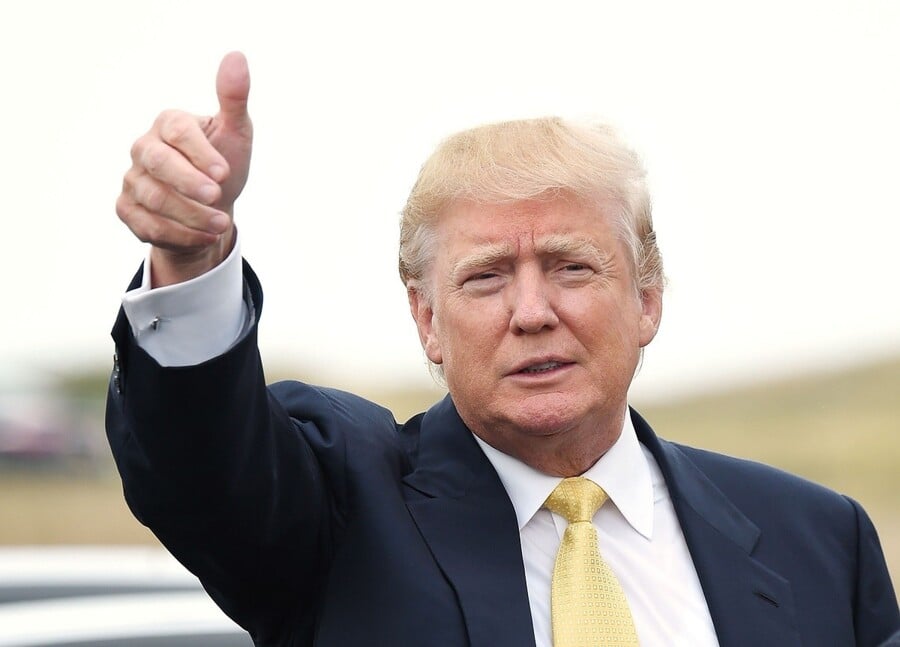 It is true that Donald Trump's corporations have filed for Chapter 11 bankruptcy on four different occasions, but from Trump's POV it's merely one of many financial tools at his disposal, one that he's used to benefit himself and his companies without apology. The first time was back in 1991, when Trump's Atlantic City Taj Mahal casino racked up billions of dollars in debt. In filing for bankruptcy, the casino was able to stay open for business, and the debts were restructured in a manageable fashion. He didn't come out completely ahead, though, reportedly having to surrender half of his stock in the casino as well as having to sell a yacht and private plane in order to pay off the restructured debt.

Then came Chapter 11, Part Deux, when in 1992 the Trump Plaza Hotel ran into another similar mountain of debt, albeit a smaller one. In order to pay off the $550 million owed by the hotel, Trump transferred 51% of his ownership in the hotel to Citibank, and gave up his salary as CEO. In exchange for these sacrifices, he got to pay off his corporate debt on a reasonable payment plan.

That's generally how it went the other two times when Trump's corporation filed for bankruptcy, again in 2004 and once more (so far) in 2009. The earlier instance occurred when Trump Hotels and Casino Resorts found itself with $1.8 billion in unpayable debt, so Trump surrendered his majority shareholdings and the corporation dug itself out of debt and got a renovation loan to boot. The last time (so far) was when Trump Entertainment Resorts missed a significant deadline to make a bond interest payment. A disagreement between Trump and the corporation's board of directors caused him to resign, with ultimately just a 10% stake in the company to his name. As you can see, each time Trump's Atlantic City hotels and casinos have to restructure their debt, Trump's actual ownership of the company gets knocked down a bit, and now his ownership of the corporation that bears his name is at just a tenth of what it once was.

The main takeaway to all this is that Donald Trump has a knack for bankruptcy, and seems always to bounce back from the circumstances that cause his companies to file in the first place. This could be thanks to Trump's financial savvy, the seemingly invincible value of his own personal brand, an incredible reservoir of good luck, or some combination of the three. The only thing that is for certain is that as an individual, he's never been, nor is he ever likely to be, bankrupt.