In February 2015, a liberal Russian politician named Boris Nemtsov, who was very opposed to Vladimir Putin's government, took his girlfriend to dinner in Moscow. He was shot four times in the back mere hours after a public address in support of a march against Russia's war in Ukraine. His crime? Opposing Putin and exposing the corruption in the Russian government. Nemtsov is just one of several people who were gunned down, poisoned, or have died under other mysterious circumstances for opposing Putin. The men who gunned down Nemtsov had links to Chechnya, including the cousin of Chechnya's leader Ramzan Kadyrov. His cousin, Zaur Dadayev confessed to the murder of Nemtsov. It is largely believed that associates of Putin, if not Putin himself, were behind the murder of Boris Nemtsov. And why not? Putin has a long history of exterminating his adversaries. Kadyrov is essentially employed by Putin to keep Chechens from killing Russians. In fact, a liberal politician named Ilya Yashin who was friends with Nemtsov said that she "cannot imagine that these men could commit such a terrible crime without, at the very least, informing…" Putin.

The fact is that Kadyrov is above Russian law. Any attempt by Putin or anyone else to remove him from his job or to prosecute him would lead to a new war with Chechnya. This leaves Putin's hands tied. He may be afraid to some degree of Kadyrov, however, he keeps him close so as to have an eye and a modicum of control over him. Putin has said that Kadyrov is like a son to him. Kadyrov has called Putin his idol. They meet regularly. Politically, they are nearly identical. Within Chechnya, Ramzanism is pretty identical to Putinism. They are both violent and promote kleptocracy and nationalism. 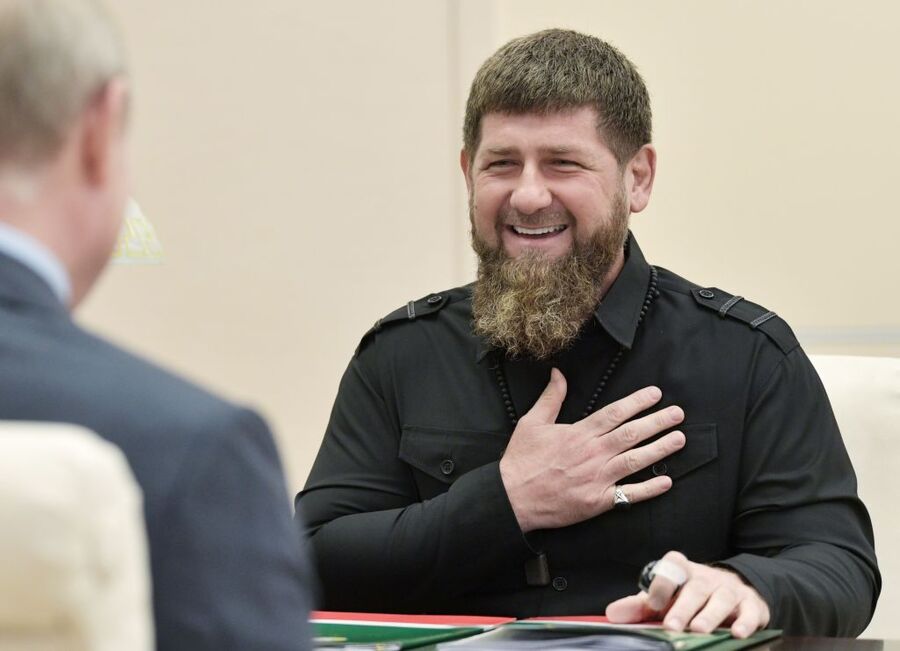 The nation of Chechnya is Muslim. When Putin became Prime Minister in 1999, conquering Chechnya was at the top of his list of things to do. Putin needed a local within Chechnya to help him. That person was Akhmad Kadyrov, the chief mafioso of his country. The Chechen militia organized by Kadyrov worked alongside Russian troops to crush the country. When Putin won the presidency of Russia in 2000, he owed that to Chechnya, and more specifically to Akhmad Kadyrov. Ramzan is Akhmad's son.

On May 9, 2004, Akhmad was assassinated. Putin met with Ramzan on the same day his father was murdered. Putin had a spot open for a Chechen governor and Ramzan was perfect for the job. In 2007, Ramzan, then 31, became president of Chechnya. Three years later, in 2010, Ramzan decided he no longer wanted to be president of Chechnya, instead, he wasn't to be called the "head of the republic. "In Farsi, that is called king. Ramzan lives like a king. Ramzan has several palaces, he's sparred with Mike Tyson, he partied with French actor Gerard Depardieu. He oversees beauty pageants and wrestling matches. He's active on Instagram.

Ramzan is vicious, vulgar, and very rich. He introduced a new government policy where anyone who fought against the government would have their homes destroyed and be exiled from the country.

After the wars between Russia and Chechnya, Grozny was devastated. The Russian Army beat the Chechen militia into submission. At least 8,398 Russian members of their army died. Somewhere from 150,000 to 300,000 Chechen deaths occurred in the wars. The Grozny of today is vastly different than the one in 2000. Ramzan Kadyrov spent BILLIONS rebuilding the city. Downtown Grozny City is filled with high-rises, including a hotel that is rumored to be the only place in the Muslim country that serves alcohol. The tallest tower in Grozny City has a scrolling message that says: "WE LOVE PROPHET MOHAMMED." There's a portrait of Akhmad Kadyrov above the scrolling message. Grozny City also features a museum dedicated to the life of Akhmad Kadyrov. Much of the money to transform Grozny City into a tribute to the violent and vicious Kadyrov family, came from the Russian Government. Chechnya still receives about $700 million a year from Russia.