After Pulling Off Huge Bank Heists, ISIS Wants To Return To Gold Currency

By Mark Kurlyandchik on December 18, 2015 in Articles › Billionaire News

ISIS has become the richest terrorist organization in the world through a complex system of taxes, oil-smuggling, kidnapping, and other forms of extortion. But its bank account was padded with a few huge one-time hauls from, well, other bank accounts.

Hundreds of ISIS fighters took Mosul's government forces by surprise in a June, 2014 lightning attack. The group took control of the airport and local TV stations while also freeing about 1,000 inmates from the central prison, according to a report from the International Business Times. In the aftermath, photos circulated of ISIS operatives driving around in U.S.-issued Humvees.

While storming the city, the terrorists also stormed the bank vaults, reportedly stealing 500 billion Iraqi dinars ($430 million). A month later, the governor of the province that includes Mosul, denied the bank robbery ever took place, and some bankers in the city said everything was operating normally. The head of the central bank refused to confirm or deny the heist to The Financial Times. But if it did indeed happen, it would be considered one of the largest bank heists in history. 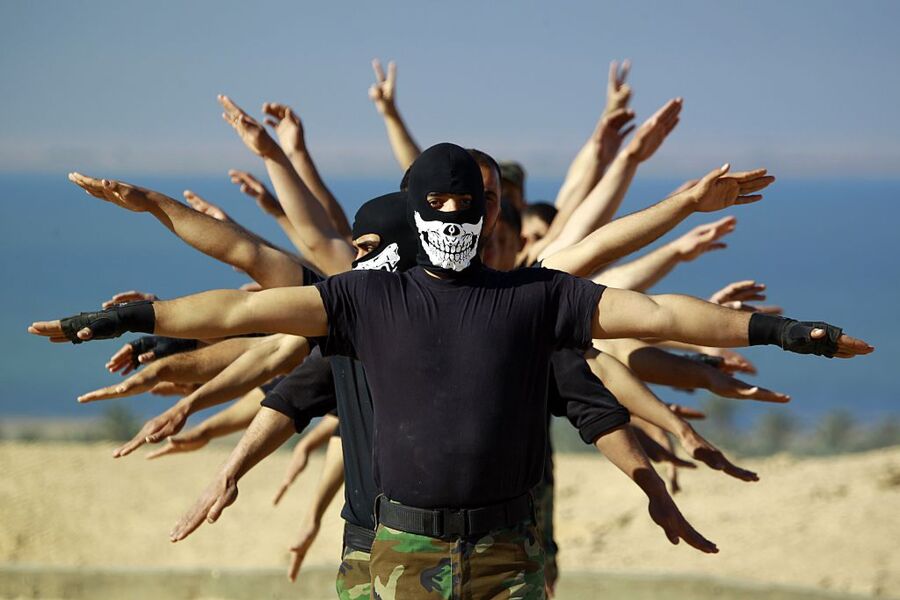 Last week, a senior official from the U.S. Treasury doubled down on the allegations, saying that the Islamic State was responsible for looting between $500 million and $1 billion from banks across territory it controls in Iraq and Syria.

The United States and the Iraqi governments have worked together to cut off 90 banks in Islamic State territory from the global financial system, but that might not have much impact. It turns out that the militants are strategically switching to gold as their main form of currency.

The group produced a video entitled "Dark Rise of Banknotes and The Return of the Gold Dinar," which explains how paper currency used around the world is worthless and not backed by anything. ISIS wants to return to medieval times, when the Islamic empire used gold and silver currency.

The concept of gold currency is almost a necessity for a group that is cut off from the world's financial system. Gold is accepted all over the world. Its value is intrinsic. It does have its downsides, though. For one, people are more likely to hoard gold currency than use it. And then there's the issue of weight – $1 million in gold would weigh about 40 pounds. Gold just isn't a very convenient currency. Maybe that's why ISIS continues to sell oil for U.S. dollars.