By Brian Warner on April 3, 2018 in Articles › Billionaire News

When Spotify CEO Daniel Ek went to sleep last night, the consensus was that some time in the next 24 hours he'd officially be worth $1 billion. There was also a significant risk that he'd end up with a much lower net worth because Spotify had chosen long ago to employ an extremely unorthodox direct listing strategy for its IPO. Well, the Initial Public Offering just happened and analysts got the "billion" part right in Ek's networth, but the number in front of that word was off by a long shot. Congrats to Daniel Ek!

Yesterday most Wall Street analysts predicted that Spotify would go public at a market cap of around $12 billion. As owner of 9.2% of the company, that would leave Daniel Ek with a paper net worth of $1.1 billion. Not a bad result for the 35-year-old Swedish CEO.

There was also a significant risk that the target valuation of $12 billion would be blown out of the water as a result of Spotify's potentially risky public offering system. Unlike most pre-IPO companies that hire a group of investment banks that usher them through the public offering process with price guarantees, Spotify went direct to market with its IPO.

Think of it like this – In a traditional IPO, 2-3 banks are hired to guarantee a minimum IPO valuation. The banks literally guarantee that the company will be worth X amount. If the company ends up going public below that amount, the bank has to cover the loss. If the company goes public above X amount, the bank reaps the rewards. So let's say Spotify had accepted a $10 billion guarantee and they go public at $20 billion, in effect they lost out on billions of potential upside. The banks get that upside. 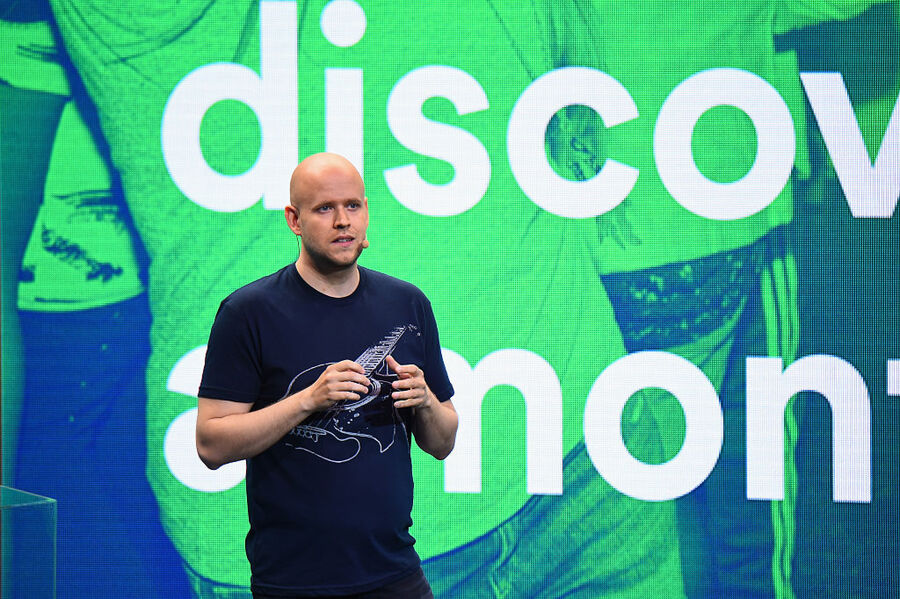 Spotify chose to forgo the banks pretty much altogether and simply place their shares on the market without any guarantees or assistance.

As of this writing, the "direct listing" strategy is proving to be a brilliant move because Spotify went public at a $29 billion market cap.

That leaves CEO/Founder Daniel Ek with a net worth of $2.8 billion (and growing).

It should also be noted that Daniel has a co-founder named Martin Lorentzon who actually owns a larger stake in the company. Martin Lorentzon made around $70 million in 2005 when he took a company called Tradedoubler public. Martin and Daniel became friends over a mutual love of mafia movies like Carlito's Way and The Godfather trilogy. Ek, at the time, was already working on Spotify but needed money and a mentor BADLY. He eventually convinced Martin to leave Tradedoubler and invest in Spotify. That was 2008.

Martin's investment 10 years ago gave him a 12.3% stake in Spotify. Today that stake is worth $3.7 billion!

Are you one of the 70 million people who pay for Spotify? Do you think the stock will perform well over the next few years? Or will it languish like rival Pandora?

Whatever happens, congrats go out to Daniel Ek and his entire Spotify team today. Let me know if you're ever interested in buying a website 🙂