By Amy Lamare on February 17, 2020 in Articles › Billionaire News

The troubles just keep adding up for Angola's richest woman, Isabel dos Santos. Her assets in Angola were frozen. She was charged with money laundering and embezzlement. But she remained cool in the face of this because most of her money, assets, and business dealings were in Portugal, where she lives. But now, too bad so sad, the government of Portugal has decided to cooperate with the criminal investigation into dos Santos in Angola. Her bank accounts in Portugal have been frozen. This news was confirmed by the public prosecutor's office in Lisbon. Dozens of the personal and corporate bank accounts belonging to dos Santos and her husband Sindika Dokolo have been seized.

Isabel, is, of course, the daughter of the former president of Angola, Jose Eduardo dos Santos. She has a $2 billion fortune that was 100% gained through her father handing her lucrative companies to run and contracts to execute. She has reaped the financial benefits of being the daughter of a politician while her fellow Angolans wallow in abject poverty. Isabel dos Santos is one of the most public examples of egregious nepotism, kleptocracy, and plundering walking the planet today. 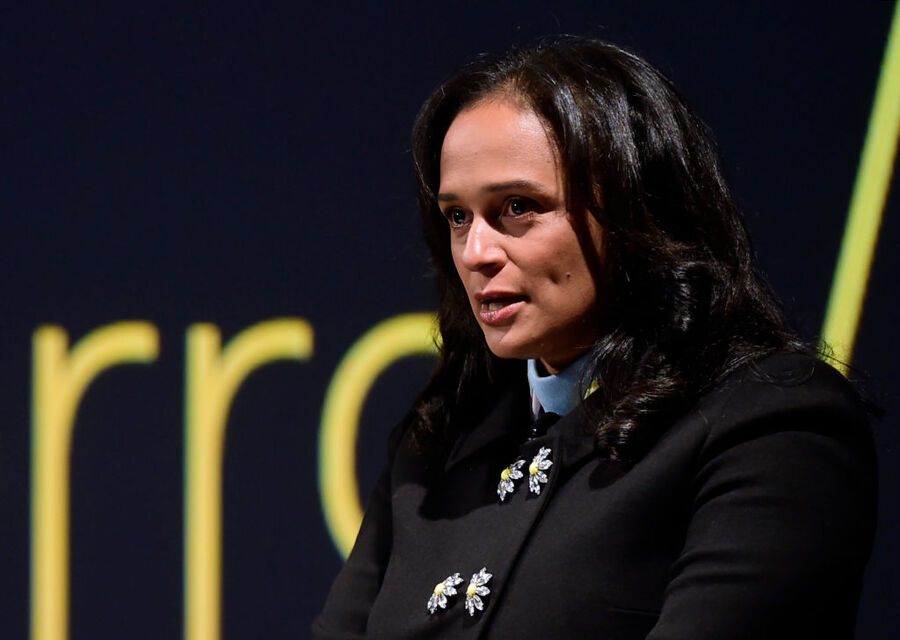 Portugal froze her bank accounts due to a request from Angola. dos Santos is a suspect in a criminal investigation into the misappropriation of funds from the state oil company, Sonangol. Isabel was appointed to head Sonangol, Angola's state oil company in 2016, while her father was still president. (He retired in 2017 after 38 years.) While Isabel was at the helm of Sonangol, she allegedly transferred $57 million in November 2017 from Sonangol's accounts to a bank account in Dubai for the company Matter Business Solutions. That company just so happens to be run by Paula Oliveira, a close friend of Isabel's. Oh, and the Sonangol bank account the money was transferred from was a EuroBic account. At the time, dos Santos owned 42.5% of EuroBic. The bank is severing its ties with her and any entity related to her. Her 42.5% stake is worth about $200 million.

And that's not all! Angolan authorities are also investigating the transfer of $115 million in consulting fees which she authorized while running Sonangol.

dos Santos' empire includes banking, oil, telecommunications, diamonds, real estate, engineering, and supermarkets in Angola and Portugal. Last month, the investigation into the Luanda Leaks revealed a number of schemes allegedly used by dos Santos and her husband to obtain state funds from Angola while her father was president. This information was revealed in a leak of 715,000 files obtained from administrators of the dos Santos empire and given to the International Consortium of Investigative Journalists. The documents were shared with the New York Times, the BBC, and the Guardian, among other news groups.