By Amy Lamare on February 9, 2020 in Articles › Billionaire News

On a cold afternoon in December 2008, legendary investment manager Bernie Madoff revealed a shocking truth to family. Earlier that week, Bernie approached his son Mark at the office and announced that his firm could not afford to pay roughly $7 billion worth of client redemptions spawned by the sudden collapse of the world economy. This information was shocking to Mark because as far as he knew, the firm purportedly managed somewhere between $40 and $60 billion worth of client money. $7 billion would have been a tough pill to swallow, but not the end of the world. Bernie then surprised Mark again when he suggested that their firm move forward with paying $170 million in company bonuses, three months early. These statements did not make sense. How could their company, which was lauded by industry leaders and had been practicing for almost 50 years, not afford its basic client obligations but could afford to pay bonuses?

During that confrontation on December 10th, Bernie confessed there "was nothing left" and that the entire business was "just one big lie…basically, a giant Ponzi scheme." Later that day, Madoff's sons Andrew and Mark reported their father's confession to the FBI. And the following day, December 11, 2008, Bernie Madoff was arrested for orchestrating the largest Ponzi scheme in human history. A fraud that evaporated billions of dollars worth of wealth and rocked the investment world to the core. Madoff's swindle was a fraud that lasted longer, reached wider and cut deeper than any similar scheme in human history. 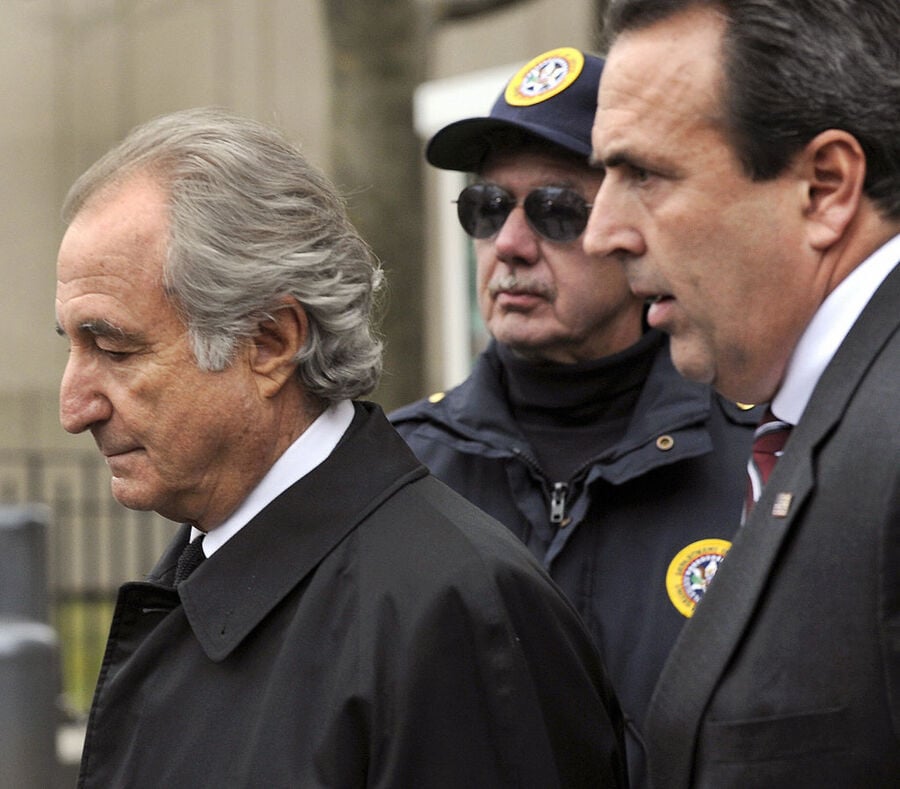 As we all now know, Bernard L. Madoff Investment Securities LLC was the largest and longest-running Ponzi scheme in history. The fraud bilked over $17 billion from thousands of clients. And not all of those clients were super-wealthy. In total, Madoff orchestrated more than $65 billion worth of false returns over a more than 20 year period. Madoff was sentenced to 150 years in federal prison.

Now, he wants out of prison early because he claims he's dying of kidney disease. He recently asked a judge to grant him an early release on compassionate grounds so he can live out his remaining days with a friend. Well, gee, I'm sure all those people he bilked out of their life savings would like to be living out their remaining days in a vastly different manner than his fraud left them in, so pardon us if we have exactly zero sympathy for Madoff.

In the legal filing, Madoff's attorney said that he has less than 18 months to live and in addition to the fatal kidney disease also has a number of other serious medical conditions, including cardiovascular disease and hypertension. The Washington Post reported that Madoff said:

"I'm terminally ill.  There's no cure for my type of disease. So, you know, I've served. I've served 11 years already, and, quite frankly, I've suffered through it.

Excuse us while we roll our eyes. He's terminally ill, but a number of his former clients, who took care to make sure they had money invested for their golden years, are now terminally broke.

It should be noted that Madoff refuses to undergo dialysis treatment for his disease.

Remember his victims. Not all were wealthy. Many were charities, public endowments, or individual retirement accounts with modest holdings. The family who owns the New York Mets lost $300 million. A private banker placed $10 million of one of his client's money into Madoff's fund just weeks before the Ponzi scheme was revealed. One family had $100 million invested with Madoff. Countless others lost everything, including 88-year-old model Carmen Dell'Orefice, who had her entire savings wiped out by Madoff, forcing her to return to the catwalk in her golden years.

With the proceeds from his fraud, Madoff purchased a Manhattan apartment, a beachfront mansion in the Hamptons, a villa on the French Riviera, an office in a tony section of London, and yachts in New York, Florida, and the Mediterranean.

This is also not the first time Madoff has petitioned for early release from prison. In 2019, Madoff filed a request with the Justice Department asking for a reduced sentence.

One thing Madoff still doesn't seem to grasp is the severity of his actions. There is no sympathy available for him and he should spend whatever time he has left in prison.