Phil Knight, the co-founder of Nike, along with his wife Penny, has pledged a $500 million donation to the University of Oregon to help establish a new $1 billion campus focused on science and technology.

"This game-changing initiative is specifically designed to fast-track scientific discoveries and the process of turning those discoveries into innovations that improve the quality of life for people in Oregon, the nation and beyond," says the official announcement provided by the University.

The Knights' donation is reportedly the largest donation ever made to a public university in United States history.

"This act of philanthropy from Penny and Phil Knight is breathtaking," says University President Michael Schill. "This is a seminal moment for the University of Oregon, an inflection point that will shape the trajectory of the university and this state for the next century and beyond."

The Knights will donate the money in ten annual installments of $50 million. The remaining funding for the Phil and Penny Knight Campus for Accelerating Scientific Impact will come from unnamed donors who have reportedly shown interest in the program, but have yet to commit to donations. 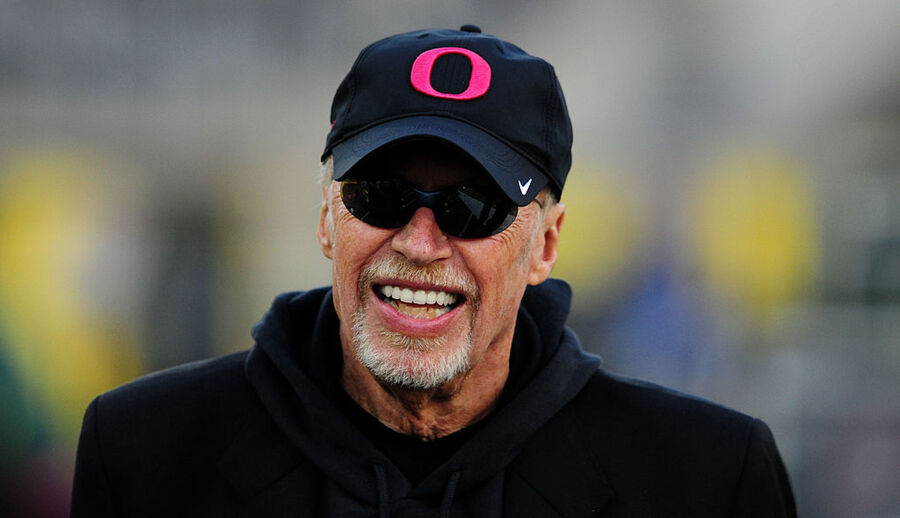 The Knights, who recently gave $400 million to help establish a graduate scholarship program at Stanford (which is now the most well-endowed scholarship program in the country), proved again their belief in education and their benevolent spirit. Phil gave the following statement about the pledge:

"In an age of declining public support for scientific research generally and declining public higher education support specifically, Penny and I are delighted to contribute to these critically important areas. While not without risk, we believe the expected societal returns from such investments are high. And here at home in Oregon, we believe the potential to arm our talented young people with the skills and tools they will need to have a lasting impact on the world and to pursue rewarding careers makes such investments essential."

Phil Knight graduated from OU in 1959. While there, he ran track for the university. Since establishing his Nike fortune, he has given over $300 million to the Oregon athletic program, among other smaller academic donations. But this newest donation is by far the most Knight money directed to his alma-mater to this point.

According to Patrick Phillips, professor of biology at the university, "The Knight Campus will be positioned at the intersection of science and society, working to create solutions for the greater good. Impact and speeding up the research-and-development cycle will be at the heart of everything we do. We are incredibly thankful to the Knights for investing in this catalyst for impact."

The University hopes to have one building in use sometime in the next three years.