In 1977 Warren Buffett Gave His Youngest Son $90,000 Worth Of Berkshire Hathaway Stock. His Son Spent It All On Recording Equipment :(

When Peter Buffett, the youngest child of the Oracle of Omaha, was 19 years old, he inherited $90,000 of stock in his father's company. That's a pretty good sum of money, but his dad is a billionaire many times over. The fact is that $90,000 isn't that much money compared to his dad's vast fortune. However, Peter Buffett doesn't mind one little bit. He got what he really needed from his parents and it wasn't financial support, it was emotional support. Though… I bet he sometimes still kicks himself for not leaving the money invested…

Today, at 59, Peter Buffett is an Emmy Award winning musician. He built the career he was destined to have and didn't relax knowing his pops had enough money to allow him to be a man of leisure. But that doesn't surprise anyone who knows anything about Warren Buffett. He was never going to let his kids take the easy way out. 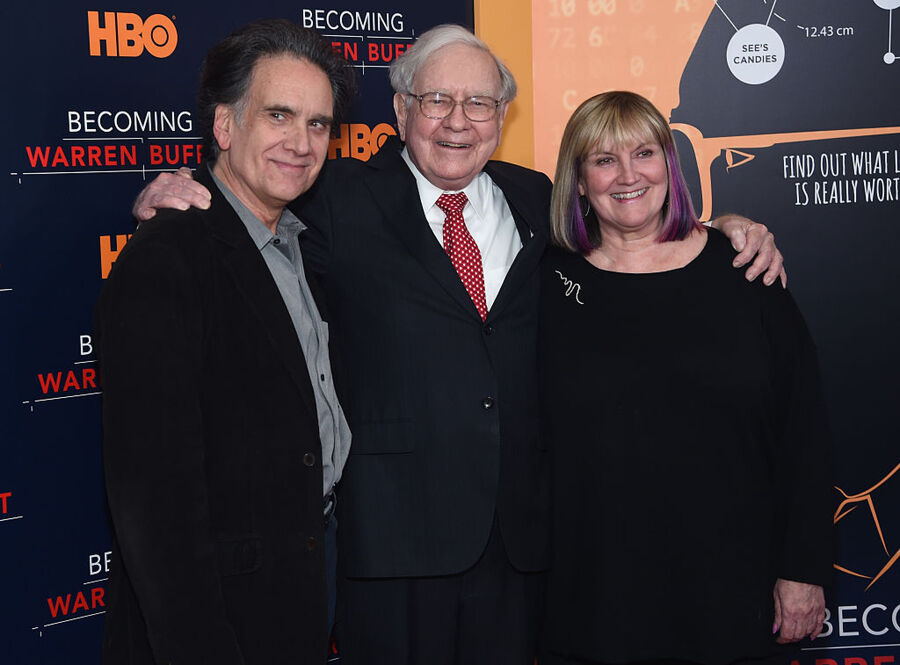 Peter Buffett's childhood in Omaha probably bears a decent resemblance to that of many middle class Americans. He walked to his grandparent's house. He lived in a typical Omaha neighborhood. His father still lives in that modest house. The assumptions that people have about being Warren Buffett's son aren't true. While there was more than enough money to go around and then some, Peter and his siblings did not live a life of monetary privilege. Their privilege came from the emotional support his parents gave him and his siblings.

Peter grew up believing that he could do anything. The real privilege in his life didn't come from a check from dad. It came from the love, nurturing, and belief in himself his parents gave him. They let him find his way, fail, and figure out how to get back up and try again.

As we mentioned earlier, Peter inherited $90,000 worth of Berkshire Hathaway stock when he was 19. As any aspiring musician might do, Peter spent every penny on recording equipment so he could make an album.

A noble endeavor, but consider this: If Peter Buffett had left that stock alone, today it would be worth $210 million. Ouch.

Peter insists he has no regrets. Instead of having $210 million today he has a life he loves. And believe it or not, having a billionaire father does not mean Peter hasn't struggled financially. At one point, he had two mortgages on his house, he has struggled with credit card debt and he frequently needs to raise money to put on shows. Being human, there were times he wished for the easy way out. When he was in his 20s, he approached his father to ask for a loan. Warren Buffett turned him down. At the time, Peter was angry, but in retrospect he appreciates the lesson that taught him. He learned more about himself and his ability to get back up and try again than he ever would have if he'd had the Buffett money and sailed through life.

Peter Buffett likes knowing that his success is his own and not a result of living off his father's money.

Despite only receiving a $90,000 inheritance for his personal use, Peter and his siblings each received $1 billion from their dad with one caveat—it was to be used for charitable work only. And if you're thinking Peter earns a huge salary to run that charity, you are wrong. According to their most recent charity filing, Peter did not receive any compensation from his own foundation.

Peter and his wife spent years trying to figure out the most effective way to be philanthropists. They decided to invest in undervalued assets—proving that the apple doesn't fall far from the tree. Peter and his wife founded NoVo Foundation. They found that young girls and adolescent girls, particularly in the developing world, were the greatest undervalued asset they had ever seen. NoVo is dedicated to empowering girls and women around the world.

In closing, I just want to thank my parents for loving me, nurturing me, and instilling in me the belief that I can accomplish anything, but not enabling me, much like Warren Buffett did for his son Peter.